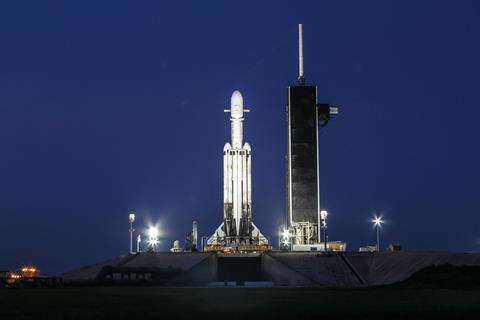 The SpaceX Falcon Heavy rocket, dubbed the most powerful yet, was launched overnight with a batch of 24 experimental satellites ready to orbit.

This mission was coordinated by the US Defense Department with satellites attached from a range of agencies and organisations, including NASA, military research laboratories, and universities.

They included a satellite that will test new telescope technologies, and one that hosts a futuristic atomic clock.

Space X confirmed this morning via Twitter the launch was successful.

Lift off occurred from a launch pad in Florida around 2:30am local time, with the devices expected to take hours to reach their intended orbits. They are expected to require some complicated manoeuvring, according to CNN.

The primary mission was achieved which was to safely deliver the rocket’s payload into space.

The Falcon Heavy travelled to three different drop-off points in orbit and officials began confirming successful deployments of some of the satellites destined for lower orbits shortly after launch.

Falcon Heavy is the most powerful operational rocket in the world “by a factor of two,” SpaceX says on its website. It can lift into orbit nearly 64 metric tons (141,000 pounds) - more than a 737-jetliner loaded with passengers, crew, luggage and fuel.

Musk predicted trouble with landing the centre booster on SpaceX’s drone ship in the Atlantic, said on Twitter: “It was a long shot.”

The Falcon Heavy first captured the world’s attention with its inaugural flight last February when it launched Musk’s cherry red Tesla roadster into orbit around the sun. The car is circling through space.

Space X was founded in 2002 and in April it launched a second Falcon Heavy communications satellite for Saudi Arabia-based firm Arabsat.

The rocket is notable for more than just its power, its three first-stage boosters are reusable and designed to guide themselves back to Earth after launch so that they can be refurbished and used again on future launches. After the first-stage cores detach, the second stage of the rocket fires up its own engine and continues into space to finish off the mission, according to Reuters.

SpaceX says reusing hardware saves the company big bucks, driving down the price of its rockets and with a $90 million price tag, the Falcon Heavy is far cheaper than similar rockets built by SpaceX’s competitors.