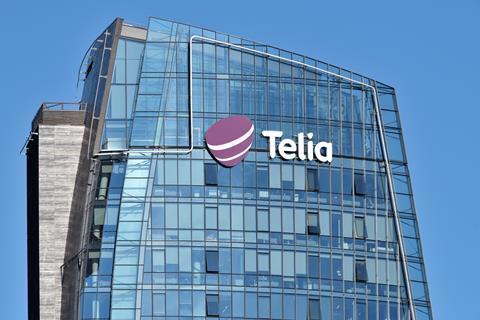 Telia: Given the go-ahead to buy Bonnier Broadcasting

The European Commission has given approval to Telia’s bid to buy Bonnier Broadcasting, paving the way for the Swedish telecoms operator to complete the $957 million merger.

The deal, which was announced in July, will give Telia control of Bonnier brands including TV4, MTV (a Finnish channel), and C More.

To gain EU approval, Telia has agreed to a number of concessions, according to the European Commission, which had launched an investigation into the merger due to competition concerns.

The Commission said it had concerns that the deal would have “significantly reduced competition in Finland and Sweden” in a number of areas including the risk of Telia’s rivals being denied access to its free-to-air and pay-TV channels, including premium sports offerings. The Commission also said it was concerned of the impact on Telia’s telecoms competitors who could be denied access to its combined streaming services.

To assuage the commission, Telia agreed to give rivals access to free-to-air and basic pay-TV channels, plus it’s premium pay-TV sports offering, on a fair, reasonable and non-discriminatory (FRAND) basis.

It also agreed not to discriminate against rival telecom providers and TV distributors in the sale of TV advertising space on its channels. Plus it agreed to give users access to the merged company’s streaming platform as part of a 10-year pledge

Commissioner Margrethe Vestager, in charge of competition policy, said: “We have today approved Telia’s acquisition of Bonnier, subject to remedies. With the decision, consumers in Finland and Sweden continue to benefit from a wide range of TV channels and audio-visual content both through traditional TV and over the internet.”

The integration of Bonnier, which has around 1,200 employees across Sweden, Finland and Denmark, will begin when the transaction is closed, with an expected completion date of 2 December 2019.

TV4, C More and MTV will be part of Telia Company’s newly established business area for media, which will be led by Bonnier Broadcasting CEO Casten Almqvist.

Almqvist said: “When TV4, MTV and C More join forces with Telia Company, it will strengthen our possibility of bringing quality drama, sport, news and entertainment to users in Sweden and Finland, further. I look forward to combining the respective strengths of Telia Company and Bonnier Broadcasting. Together we will bring the experience of quality content to a new level.”

The acquisition is expected to generate synergies as per 2020 with a full run-rate of SEK 600 million in 2022, Telia claimed.

Telia Company acting CEO Christian Luiga labelled the acquisition as a “milestone” for the Swedishoperator, which is more than a third-owned by the Swedish state.

“We become pioneers in the Nordics by creating convergence that can meet customers’ demands for high-quality connectivity, reliable streaming and great content,” added Luiga. “We’ve had the most satisfied tv customers for five consecutive years in Sweden. This transaction naturally enables us to improve even further. I look forward to closing this transaction and to start co-operating for real with our new colleagues to become the natural choice for content and communication services in the Nordics and Baltics.”