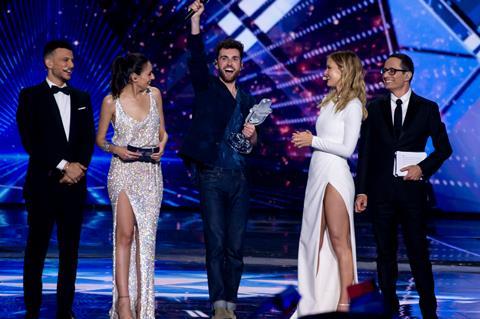 The European Broadcasting Union has officially announced the cancellation of the Eurovision Song Contest 2020 in Rotterdam due to the uncertainty created by the spread of Covid-19.

The organisers and event host City of Rotterdam shared the news with fans this week. Despite exploring alternative options to allow the contest to go ahead, the restrictions put in place by the participating broadcasters’ governments across Europe would make it irresponsible.

In a statement the EBU said: “We ask for some patience as we work through the ramifications of this unprecedented decision and patiently await further news in the coming days and weeks.

“During that time, we would like to pay tribute to all the host broadcaster team in the Netherlands and our 41 Members who have worked so hard planning this year’s event.”

The Eurovision Song Contest has united audiences every year, without interruption, for the past 64 years. It was due to take place on the 12-16 May.

It added: “We are all heartbroken that the Eurovision Song Contest will not be able to be staged in May but feel confident that the whole Eurovision family, across the world, will continue to provide love and support for each other at this difficult time.”

The EBU will continue conversations with broadcasters NPO, NOS, AVROTROS and the City of Rotterdam regarding the hosting of the Eurovision Song Contest in 2021.

Whilst many sporting events across the globe have scheduled matches without an audience and events have been postponed, the EBU said the event for 2020 would not be postponed.

“The current situation across Europe is likely to remain uncertain for the coming months and at this stage we cannot guarantee we would be able to stage an event of this size with this many stakeholders later this year.

“A Contest later in the year would also reduce the amount of time the winning broadcaster would have to prepare for the following year’s competition.”

Further it said the collaboration and union of delegations, artists and fans together in one place to provide an equal platform for all artists to compete together on the same stage with the same opportunity to shine, is “the DNA of the Eurovision Song Contest.”

The EBU is currently in discussions with Universal Music regarding the sale of the Eurovision Song Contest 2020 CD. Further news will follow via the official channels as soon as we have more information.

An official statement from the European Broadcasting Union on the #Eurovision Song Contest 2020. pic.twitter.com/b3h7akxvpF