Ex-CEO bids $1.2bn for Xperi ahead of TiVo merger 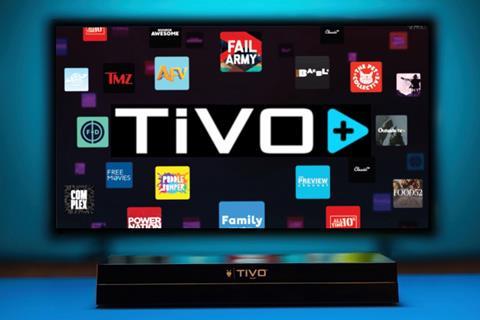 Bid: Xperi is set to merge with TiVo in all-stock deal

Xperi has received an unsolicited takeover bid from a group led by its former CEO Tom Lacey, causing a potential roadblock in its proposed merger with TiVo.

Metis Ventures, where Lacey is a managing member, has bid around $1.2 billion for Xperi, a company that sells audio, imaging and computing technology products. The offer represents a 20% premium on Xperi’s share price, according to Bloomberg.

The firm’s board said it will not engage in discussions over the bid, pointing to its “continued support and enthusiasm” for the $2.4 billion merger with TiVo which was announced in December. The aim of that deal is to create “one of the industry’s largest” consumer and entertainment tech businesses.

In its bid, Metis revealed a commitment letter for $1.5 billion of debt financing in order to acquire Xperi and stop the all-stock merger with TiVo that would give the latter control of Xperi.

Metis cited the “market’s varied reaction to Xperi’s proposed transaction with TiVo, as evidenced by an immediate drop” in both companies’ stock as a reason for the bid, as well fears of the “risks and uncertainties of combining Xperi with a legacy business”.

Xperi, which licenses software used for playback of high definition sound on consumer electronic devices, along with face recognition software for mobile-phone cameras, said it is focussed on its merger with TiVo.

“Based on the current non-binding terms and conditions, as well as lack of information, it is unable to conclude at this time that Metis Ventures’ non-binding proposal is reasonably likely to lead to a superior proposal under the terms of Xperi’s merger agreement with TiVo,” Xperi said in a statement.

The transaction combines two technology companies whose innovations are found in billions of devices around the world.

The duo serve hundreds of businesses ranging from content providers to consumer electronics and automotive manufacturers, with the combined entity aiming to provide an “amazing entertainment platform for tens of millions of individual consumers and create a powerful platform for the discovery, delivery, and monetisation of content.”