As post-production technology has become more accessible and cheaper, a big question facing many production companies is: should post production be brought inhouse? Three leading indies explain the pros – and cons – of going inhouse.

The move to bring post production inhouse is not a new trend – but it is one that production companies are increasingly weighing up as post technology improves. 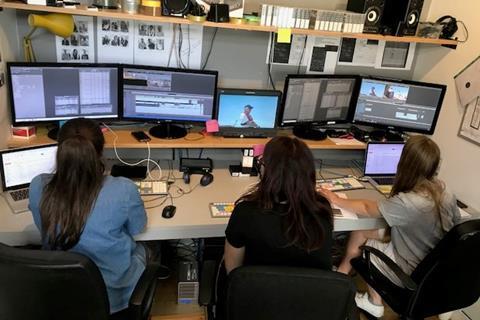 The reasons for doing so are both financial and creative. Proponents argue that inhouse post can save money by reducing spend on expensive external suppliers, and that it makes creative decision making easier if everything is housed in one place.

There are, however, strong counter arguments. Setting up an inhouse post operation is still expensive, and is often a drain on management time and company resources.

Below, three leading production companies who have brought post inhouse, explain how they have done so and outline the kit and resources needed – and reveal the advantages and disadvantages of such a strategy.

Arrow Media: Investing in in-house post
Arrow Media has created and produced hundreds of hours of factual programming for the UK, US and international markets. 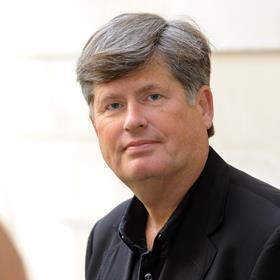 According to Managing Director Iain Pelling, taking post in-house at Arrow has taken approximately £110k of investment since start up – not including building costs. The indie took on one additional manager and one additional edit assistant, and Investigation Discovery hit TV series See No Evil was the first production to benefit.

Arrow’s Post Production Consultant Dan Carew-Jones says having all the creative editorial production staff on site “certainly offers more creative control than if the editor/director are separated at a different facility.”

“Any of our large multi-part series may have an exec pitching stories for a future episode, viewing a fine cut, signing off a grade or reviewing an audio mix all on the same day without leaving the premises,” he adds. “The availability of the key creatives for casual, informal questions also streamlines the editorial process.”

Carew-Jones says Arrow is now able to do everything in house with the exception of voiceover recording, which always goes out of house. “We still use external post facilities if productions cannot be accommodated in house, or if their anticipated workflow requires resources we are unable to provide. Additionally, there may be key creative talent the production would like to use in which case the work will go to an external facility.”

Keo Films: Saving money with in-house post
Award-winning producer Keo Films took the decision to go in-house some time ago, when multiple episodes of its long running series River Cottage were being edited through external post facilities each year, says Head of Post-Production James Doggett. “Several Avid suites were set up in our office to take the offline post in-house and Keo has never looked back.” 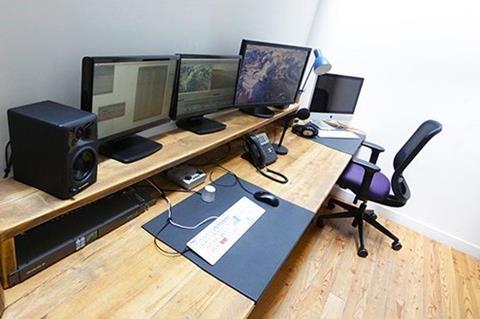 River Cottage saw the initial benefit, says Doggett, with hundreds of hours of post carried out inhouse that would have been potentially lost revenue if outsourced. “Most recently, we cut our first series of Britain’s Best Home Cook entirely on the in-house suites,” says Doggett.

Keo’s setup now consists of ten Avid Media Composer seats on Mac Pros, with a combination of BlackMagic hardware (DeckLink Studio 4K and UltraStudio 4K) for I/O; media storage is via a shared 80TB EditShare system. “For the larger docs we tend to ingest material at 10:1 resolution due to the sheer volume at rushes, but we scale up for a DNX36 workflow on some projects,” Doggett adds. 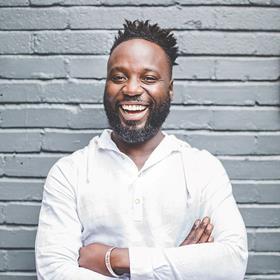 “We are seeing that the costs to post our shows are very minimal,” says Edit Facilities Manager Ola Olowu. “Apart from the initial outlay to fund the facility, we don’t have any other costs or overheads besides the salaries of the MCR staff. Also, having our own in-house post allows us to train and develop junior members of the team.”

The in-house facility started off with seven suites in 2015 at its former base in Hammersmith, before moving to a bigger building at Shepherds Bush and an increased capacity of ten edit suites and a multi-purpose MCR. The latter took around a year to plan, set up, and build.

“For our offline suites we have HP Z440 machines running Avid Media Composer version 8 and above, drawing media from our servers,” says Olowu. “Our online suite has a Mac Pro with Avid, running Baselight and DaVinci Resolve, as well as a JVC grading monitor that is ‘A’ grade. Ingest machines are Z840 workstations, [ready to] handle everything thrown at them, so as to speed up ingest and general edit assistance.”

Knickerbockerglory also has a dub suite with soundproofed walls, which also doubles as an offline suite. The mixing equipment is brought in by various freelance mixers.

“We are able to carry out end-to-end post for all our shows,” says Olowu. “From the conception of an idea to development, production and offline. We have three full-time staff in our machine room, consisting of myself and two edit assistants. From time to time we have to draft in more freelancers on a short-term basis when we are busier than usual. The online/ grading and delivery is done by a fantastic team from The Finish Line who come to our facility to grade, using our grading kit.”

Holistic production
Benefits at Keo have been seen primarily in the workflow. “As a department we have a huge amount of overlap with production, being as we are all one team,” Doggett says.

“This means we can be proactive from the beginning of a project and isolate any elements of a project that would potentially slow down post at some stage – this could be newer camera types or codecs, translations and subtitles, mixed frame rates and so on. We can put systems in place for a smoother ride.”

“Several Avid suites were set up in our office to take the offline post in-house and Keo has never looked back” James Doggett, Keo Films

Honing of this workflow is aided by the skills of the core in-house post team at Keo who, Doggett included, are experienced permanent staff who have migrated to production from post production houses.

At Arrow, Iain Pelling says the facility was built with specific production requirements in mind. “We have been able to optimise the facility for the particular workflow that our productions need,” he says.

“Obviously there is the inherent flexibility to adjust to different requirements - and because we are involved in productions from such an early stage there is plenty of time to re-adjust to particular requirements.

“We have also been able to integrate the data management and archiving processes into our post workflows allowing us, for example, to archive productions as we go rather than on completion.”

Issues to consider
There are plenty of counter arguments to taking post in-house. For example, as well as the craft and skills of an experienced dedicated editing and finishing team for both picture and sound, you need to have support on hand in case disaster strikes, and the ability to a plan efficiently for all the storage, kit and other resources that you may need. 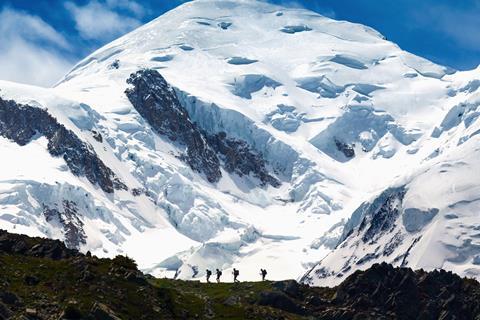 Extensive technical support and storage, and the ability to scale up quickly on demand are services an external post facility will provide as a matter of course. As well as a choice of cappuccino or latte delivered to you, as you wait on a comfy sofa.

“The combination of skills required in an in-house facility is different, as there are rarely the separate engineering/technical departments you find in [external] facilities,” says Pelling.

“Staff need to have the right combination of customer facing skills, a deep technical understanding of processes and equipment, and a strong administrative flair as they will be required to cover areas such as bookings, project management, technical support, engineering and billing, which are generally separate functions in a post-production facility.” 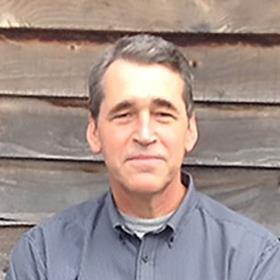 “The lack of an engineering or technical support department to immediately jump on any issues is a disadvantage,” admits Carew-Jones. “We mitigate this by using out of house support services and making sure there is spare equipment to swap out if necessary. Also, the experience of our edit assistants allows a high level of triage when issues do arise.”

“Every facility ultimately has a finite size – and it is no different in house,” he adds. “We have been able to lay cables to meeting rooms to allow for the flexibility of temporary expansion in just the same way as external facilities do; it is just a question of scale.”

And the coffee? “The in-house facility does not have the resources to offer the creature comforts that an out of house facility can,” he admits. “We try to get around this by creating a pleasant working atmosphere and emphasising the creative/editorial benefits.”

Given the cyclical nature of production, there might also be a risk of ‘dead time’ with people and expensive kit idling.

“We have a scheduling system throughout the year to enable us plan ahead,” counters Olowu. “This allows us to allocate kit and software to the right productions, and also gives us time to draft in new members to the team if we need to.”

“There are definitely best practices to take from show to show and a debrief at the end of each production helps immensely,” says James Doggett. “In this manner, we can realistically assess the workload before it begins, along with additional purchases such as the correct volume of drives, wrangling laptops and so on.

“We are seeing that the costs to post our shows are very minimal” Ola Olowu, Knickerbockerglory

“We allocate a member of the post team as a project ‘lead’ on each production who essentially acts as a project manager, maintaining media logs, overseeing rushes ingest and generally managing the project from the moment its conformed to when our final copy of the files arrives back from the post house post-TX.”

There are other economic benefits to in-house post too. “When not fully utilised by Keo Films’ output, our suites are available for dry hire, thus bringing in a whole potential new revenue stream,” says Doggett.

Finishing post
But post-production facilities are in no great danger of extinction just yet.

“We are, currently, entirely an offline post set-up, conforms and occasional web-based exports aside,” says Doggett. “As such, we utilise the post houses for final post. We have several we use, depending on the nature of a project and they rarely let us down!

”We always benefit from a crew at the other end who specialise entirely on getting the final product shiny and broadcast ready. They’re the safe hands we trust for eyeballing that final DPP, tape or IMF file before it goes out to millions.”

Dan Carew-Jones feels the healthiest approach is to consider the relationship between external and in-house facilities as a partnership rather than a competition. “We do the majority of our offlines in house, but the majority of our online work out of house,” he says. “So there is still a lot of work going out of house and a partnership makes that far more efficient for the production, which is everyone’s ultimate aim.”