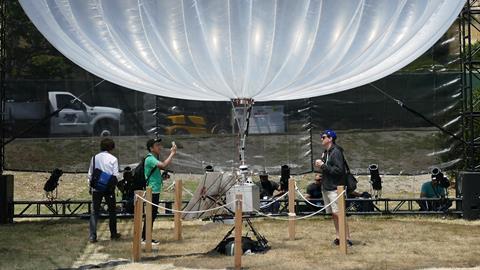 In the second of a three part series on broadband connectivity, Facebook founder Mark Zuckerberg’s scheme to replace satellites with high-flying airships that beam extra bandwidth to the ground below seems sensible but there could be challenges ahead, writes Chris Forrester.

Facebook’s Yael Maguire, who heads Facebook’s Connectivity Lab, explains that the technology will eventually augment terrestrial and satellite networks from approximately 20 km above ground, with minimal infrastructure and maintenance.

“To be viable, HAPS requires broadband radio spectrum. Radio spectrum is the band of frequencies where radio electomagnetic waves propagate.

We have been working with the International Telecommunication Union (ITU) and governments around the world to make more spectrum available for HAPS, and we are encouraging the ITU to facilitate the necessary spectrum identifications that will support broadband HAPS systems when they meet in November 2019 at the World Radiocommunication Conference.

Similarly, we are also encouraging the International Civil Aviation Organisation (ICAO) and civil aviation authorities around the world to continue their work supporting the integration of HAPS into the worldwide aviation infrastructure,” states Facebook.

It announced its ‘Lighter-than air’ plan in November: “To further these efforts (we are) collaborating with Airbus to advance spectrum and aviation policy and continue to demonstrate the viability of HAPS systems for providing broadband connectivity.”

The ITU defines HAPS as being “a station on an object at an altitude of 20 to 50 km and at a specified, nominal, fixed point relative to the Earth”. The ITU says the ‘station’ can be an unmanned aircraft, balloon or airship. The ITU says that the 17-22 kms height is chosen “because in most regions of the world this represents a layer of relatively mild wind and turbulence above the jet stream”.

All that is undoubtedly positive news.

Indeed, as well as Airbus, other aerospace giants are working hard on high-flying airborne systems including Lockheed-Martin, Boeing and Thales-Alenia of France, and dozens of other smaller players each seeking a fast-track to global broadband success. 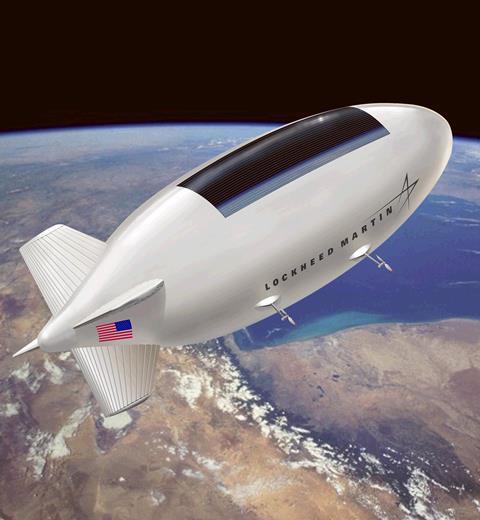 One technology is well understood: build a massive balloon, fill it with ultra-safe – although expensive - helium (used because it is readily available and non-combustible and tends not to leak through the balloon’s structure) and equip the vehicle with solar panels for power, engines and autopilot for keeping it stable, plus receive and transmit antenna and fly it away.

Lockheed-Martin built its HALE-D balloon (High Altitude Long Endurance-Demonstrator) and launched it in 2011, but the experiment was short-lived. It failed to reach its designed height (60,000 ft) and crashed. A more successful design (their 74K Aerostat system) is a smaller craft and has put in more the 1 million hours of flight, mostly in war zones for high-level observation.

The French/Italian “Stratobus” system from Thales Alenia was first introduced back in 2014, and officially launched to the market in April 2016.

“Satellites provide global coverage, and can focus on one or more countries, or even a whole continent” - Jean-Philippe Chessel

Jean-Philippe Chessel, Director of the Stratobus project at Thales, explains the principle: “Stratobus is an autonomous, multi-mission stratospheric airship, midway between a drone and a satellite. Marking a real break with existing systems, Stratobus is considered part of the HAPS family.

”It is mainly intended for local missions, and is a perfect fit with conventional satellite systems. Stratobus operates at an altitude of 20 kilometers (above the jet stream and air traffic) and is designed for a wide range of civil or military regional applications: telecommunications, navigation, observation (especially surveillance), etc.”

“It would also be very useful in the telecommunications market, to provide 4G and 5G connectivity in the future. Its position in the stratosphere at an attitude of 20 kilometers is an optimal position for 5G, which demands very short latency, of just a few milliseconds,” Chessel says.

The Thales design weighs just 7 tons, and would be some 115 metres long and 34 metres in diameter, and its coverage would be about 500 kms in diameter when at 20 kms high.

The Thales units are designed for 5-year missions, coming back to Earth just once a year for servicing. The first commercial units are claimed by Thales to be flying “with several potential customers” by 2020-2021 and major market entries by 2025 at a manufacturing rate of up to 15 per year. A 34-metre long demonstrator could even be flying during 2018.

The Thales concept is to work with satellite and not compete. 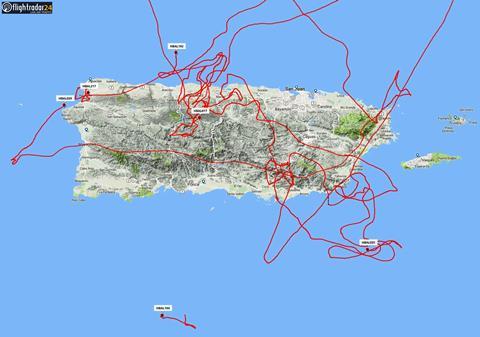 Chessel says: “Satellites provide global coverage, and can focus on one or more countries, or even a whole continent. Stratobus will provide regional coverage. For satcom systems, Stratobus is an excellent solution to boost signal strength at the edges of the coverage zone. Stratobus will surely lead to a change in the paradigm.”

Indeed, the complete high-flying balloon system has already been tried and tested by Google as part of their “X-Project” Loon scheme, although with mixed results.

Described as a “Balloon-powered Internet for Everyone”, the scheme taps into the demand from the “half of the world’s population without Internet access” and promises 4G-speeds to users below despite the balloons touching the very edge of space.

Google’s X-team says: “We aim to launch and maintain a fleet of balloons to provide Internet coverage to users on the ground, with our Autolaunchers capable of safely and consistently launching a new balloon every 30 minutes. 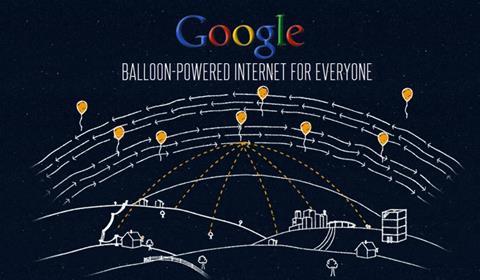 “We have flown over 25 million km of test flights to date since the project began - with one of our record-breaking balloons surviving for 190 days aloft in the stratosphere.”

Loon balloons have frequently been used in disaster areas (earthquakes in Peru, hurricanes in Puerto Rico). The balloons tap into data from the US National Oceanic and Atmospheric Administration (NOAA) and adjust their height to exploit the available winds, and maintain a more-or-less ‘stationary’ position over their service area. The balloons, each about 15 metres across, have an air-pump on board which can let out or pump in air to adjust height. Each balloon has a parachute for unexpected failure.

The service uses directional antennas to transmit to ground stations or 4G users in the 2.4 and 5.8 GHz bands. Users have to erect a basketball-sized receiver to an outside wall with a clear line-of-sight to the sky. The aim, as with the Facebook plan, is to allow large communities – and even countries – to access high-speed internet without the need to lay expensive fibre cables.

But there have been problems.

Balloons have crashed, and on at least one occasion managing to bring down local power lines. Google has declined to reveal the costs associated with its project.

Nevertheless, Facebook and Google are not foolishly throwing their money away.

That demand for wireless and wired broadband is growing exponentially is undoubted. The November 2018 edition of Ericsson’s well-regarded Mobility Report says that there will be 1 billion 5G subscriptions by 2023, and embrace more than 20% of the world’s population that year. Add in the boom in Internet of Things traffic and Machine-to-Machine wireless demand (100 Exabytes/month) and you have the Perfect Storm which Facebook and its rivals want to solve.