Coverage of the UEFA Champions League Final is set to be another UHD and VR 360 spectacular, while chances seem high that the BBC will commit to UHD HDR live streaming of FIFA World Cup in Russia.

The UEFA Champions League Final, European soccer’s annual showcase, attracts 350 million viewers worldwide. While that’s more than triple the figures for the Super Bowl, it still lags behind the billion-plus which FIFA claims tuned in for the 2014 World Cup Final. 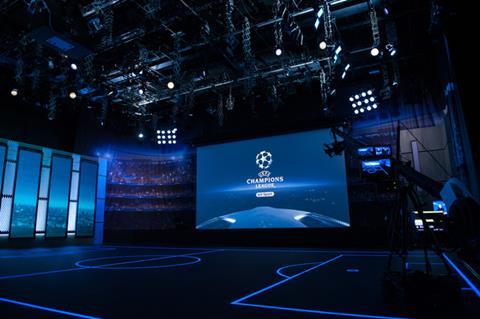 It’s a big deal then to host broadcast the UCL Final. This year with the event staged in Ukraine, and facilities of the scale and production experience required not available in the country, UEFA is taking responsibility itself in tandem with BT Sport.

Having produced the first 4K UHD host broadcast of a Champions League Final in 2017 from Cardiff, BT Sport’s expertise proved invaluable to UEFA in preparing for Kyiv.

According to UEFA, it is looking to build upon the “extremely successful 2017 final as well as building momentum ahead of Euro 2020”. This means taking the opportunity to test new things such as the introduction of a separate clips channel, special cameras, and more additional footage produced on match-day as opposed to Cardiff. Coverage in high dynamic range (HDR) is however not on the cards. UEFA says it will nevertheless incorporate HDR into future events, with testing to occur over the next cycle.

The production template is otherwise almost identical to that which BT Sport set up last year in terms of the traditional TV camera plan, Dolby Atmos audio and the workflow for highlights streaming in full 360-degrees – for which it won the IBC Innovation Award for Content Everywhere.

BT Sport Chief Operating Officer Jamie Hindhaugh, says: “UEFA have looked at what we’ve done previously and built on that. We were the first to move into 4K and have always had a very healthy relationship with them.

The production standard is UHD/4K – Quad – 3G – SDI SDR Rec709. In principle there will be no up-conversion, with the exception of certain special camera inputs, such as the in-goal mini-cameras, which will be up-converted from 1080p50.

UHD coverage is being delivered by 22 cameras, with feeds ingested to EVS XT4K live production servers, capable of up to four channels of UHD-4K in flexible in/out combinations to help create live slow-motion replays. Multi-angle replays are made available directly to the rights holders’ mobile applications through the EVS C-Cast content distribution platform.

Around 28 additional HD cameras are used to mix the HD feed and include specialist positions such as Spidercam, goal rail cameras and Heli tele. These signals are fed into banks of EVS XT3 servers.

UEFA will be utilising two different workflows for VR 360 at the UCL Final. The first workflow replicates the successful model designed by BT Sport and Deltatre for Cardiff.

This allows fans to choose between different 360-degree camera angles (offered as highlight replays) or a live director’s cut.

BT Sport Chief Engineer Andy Beale says: “We developed this with UEFA and Deltatre as a joint concept. We’ve done 20 to 30 live events in VR so it’s quite a standard offering from us now, yet it’s [still] trailblazing. We’re still the only broadcaster in the world with a complementary app [based on Deltatre’s app] that has a normal 2D interface plus embedded 360-degree player.”

Last summer Nokia was still in business with its VR division and OZO camera range. It has since dropped all further development, but BT Sport and Deltatre continues to use the rigs.

“It’s been our workflow for this season, but it will probably change in future,” says Beale. 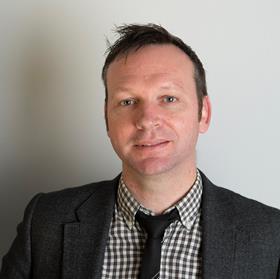 As at the FA Cup Final last Saturday, the VR production will deliver six or seven live streams from camera rigs positions behind each goal and on each six-yard line to capture all angles of action in the box. There will be a fan view position in the stands and another on each managerial dugout. Additional colour shots of fans outside the stadium, the pre-match ceremony, player arrival, dressing rooms and the trophy lift will be captured from portable VR rigs.

Deltatre manages the cameras out on the pitch and oversees the stitching from two VR vans. Those feeds are handed onto another unit for the live production.

“It’s a ‘TV-esque’ experience within the VR world. You can choose from multiple ISO angles, or the BT Sport-produced feed,” says Hindhaugh.

BT Sport is also pushing use of the magic window where users touch and scroll or pan and tilt on mobiles or tablets.

“You can use headsets… but you don’t have to,” says Hindhaugh.

Simultaneously, UEFA will be testing the VR 360 production to be deployed in the 2018-19 season for VR 360, which will use two InstaPro 360-degree cameras behind the goals in conjunction with a 180-degree fixed camera.

‘We’ve done 20 to 30 events in VR so it’s quite a standard offering from us now, yet it’s [still] trailblazing’ – Andy Beale, BT Sport

HDR – not quite ready

BT’s unilateral presentation on site will be in full 4K (from Sony HDC 4300 cameras), coordinated from a Telegenic UHD outside broadcast unit. This, and the VR production trucks, left from Wembley straight after de-rigging from the FA Cup Final to arrive in Kyiv on Wednesday morning ready for the build-up on Friday.

The lack of HDR in Ukraine (and for its linear feed from the FA Cup) is explained by BT as a distribution issue rather than a technical one. While complex to monitor the different flavours of HDR or SDR output, it is the lack of in-home displays capable of receiving it which renders the effort of going to town on HDR a bit redundant at this moment. 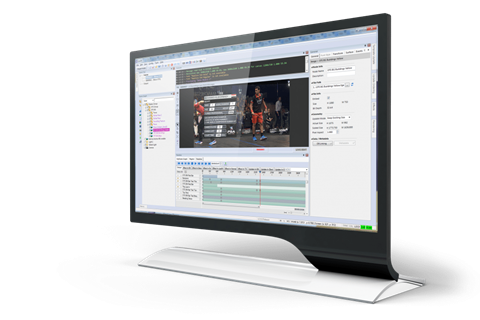 This hasn’t stopped BT Sport innovating around HDR however. For the first time – BT likes to claim it as a world first – the 4K HDR coverage of the FA Cup Final included live 4K HDR graphics.

Produced in tandem with graphics partner Moov and using ChryonHego’s Lyric platform to map the HDR graphics to the 4K live output, the result “offers a whole new branding and design perspective for creatives to explore,” says Beale.

Having recently acquired 5G spectrum from the UK government via mobile division EE for £302.6m, the broadcaster is looking ahead to rolling out a 5G network but doesn’t believe transmitting 4K HDR video to mobile is necessarily the best way to go.

Like Fox Sports in the US, which is trialling 4K HDR from two cameras at the upcoming US Open Golf, BT Sport believes 5G’s early benefits are more applicable to contribution rather than distribution.

“Because of the size and quality of the vast majority of smartphone screens we don’t believe that streaming 4K over mobile is necessary and that HD HDR would provide a substantial uplift in user experience,” says Hindhaugh.

UEFA says that bringing a UCL Final to Ukraine is an opportunity it has been looking forward to, but it does come with certain logistical challenges due to the geographical distance between the Olimpiyskiy Stadium and UEFA HQ in Nyon.

“The logistics of organising a Final across this distance are challenging as far as the organisation of all staff and resources on-site,” it says. “This proved to be a challenge worth overcoming as the venue is set to provide a beautiful Final, and it additionally provided testing of procedures ahead of producing EURO 2020 all across the European continent.”

Chief suppliers to UEFA for the event include Sunset & Vine and Germany’s TVN, as providers of the host broadcast production team; Gearhouse Broadcast for the Technical Operations Centre, feed distribution, FANTV and commentary; TV Skyline for commentary and special cameras; Deltatre for graphics and VR; Incast for commentary and media monitors; Heusser TV for FANTV production; Hawk-Eye for goal line technology; PERI providing scaffold and cable ways; as well as transmission and archive from the EBU.

BBC close to UHD HDR live from Russia
It is increasingly likely – though the BBC won’t commit at this stage – that some if not all of the 33 FIFA World Cup games to which the broadcaster has rights will be streamed live in UHD HDR over BBC iPlayer. 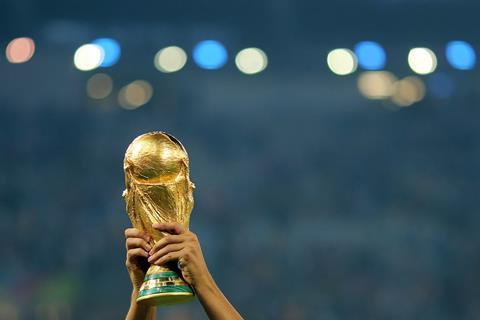 “Watch this space”: Will the World Cup be streamed in UHD HDR?

BBC Executive Producer for Football Phil Bigwood says: “It all depends on the trials in workflows and what can get back from Moscow. We are in ongoing conversations with FIFA. There’s a cost balance [to consider].”

He adds, “Watch this space – in a couple of weeks.”

The BBC has been trialling the format online for many months, notably upping the ante with the April streaming of a rugby league match in UHD HDR. The BBC contributed significantly to the HDR broadcast standard Hybrid Log-Gamma but the potential for anyone at home to display HDR images remains limited.

“That’s a big issue in terms of availability – it’s a niche product at present.”

All 33 live games will in any case by simulcast (in HD) online. iPlayer gets around 19 million views a month. “We are confident we can cope with it all streamed live on the website,” says Bigwood.

The live stream is a more complicated operation since it carries a lot of additional and interactive content on-demand such as goals catch-ups and highlights.

The BBC is sharing resources with ITV to greater extent than in many recent major events when the broadcasters team up in Russia next month.

“The cold war is over,” jokes Bigwood. “Budget undoubtedly comes into it – it’s a huge country to work in and it made sense to join up where we could.”

Match feeds and the FIFA Max Server containing a wealth of content are being shared, as is a main studio overlooking Red Square, while the broadcasters are adjacent to each other at the IBC in northwest Moscow.

With rights across all platforms the BBC is offering more World Cup coverage than ever, including full 64-game radio coverage and red button. But it is social media where most of the additional firepower is being concentrated. 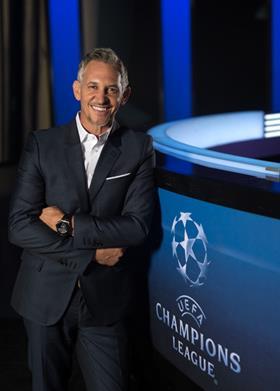 BBC teams in Salford will have full remote access to the FIFA Max Server onto which HBS, the host broadcaster, will dump content from 40 crew (one following each team) and eight roving ‘colour’ crews. That means the BBC needs to send fewer camera crew itself and allows for bespoke packaging of clips for social media, feature editing and match highlights can be cut in Manchester.

“It’s definitely the most comprehensive one we’ve ever done,” says Bigwood. “I have looked after every World Cup since 2002 and the change is amazing in recent years. The demand has grown but so too have the options available to us.”