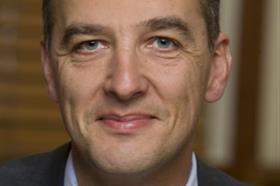 In his new role as CTO at Microsoft Azure Media and Entertainment, Basse will work with Hollywood studios, TV networks and content producers as the company’s liaison in driving the adoption and move to the cloud.

He will report to Tad Brockway, Microsoft’s corporate vice president for the businesses Storage, Media and Edge division.

According to reports, his focus will be on the production and post-production workflows for Hollywood Studios whilst working with industry groups and vendors to create applications for Microsoft’s cloud, edge and artificial intelligence (AI) technologies.

Before joining Fox, Basse spent 14 years working at DirecTV as senior vice president, broadcast systems engineering, where he worked on the 2005 launch of one of the largest high-definition (HD) channels at the time and in 2009 on the implementation of DirecTV’s video on-demand infrastructure.

Basse and his team at Fox worked on emerging and new technologies and its capabilities including high dynamic range (HDR), ultra HD, virtual and augmented reality, content protection and immersive sound.

He spent seven years at Fox and formed partnerships with vendors including Samsung, Ericsson, and Barco which led to the founding of the Fox Innovation Lab.

Last March, he was let go from 20th Century Fox Film after Disney’s acquisition of the studio, according to a report from Variety.

He has also worked at ProSieben Media AG and served as the first president and chairman of the board of the UHD Alliance.