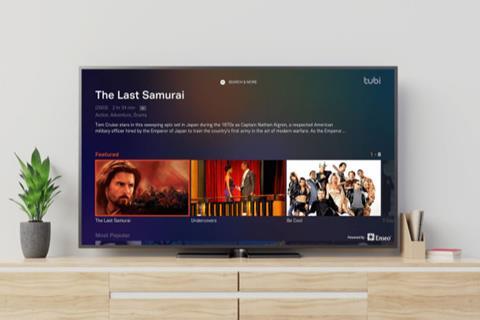 Fox: Acquires Tubi in bid to compete in the content market

Fox has agreed a $440 million deal to acquire AVOD service Tubi, partly funded by the sale of its stake in Roku.

The expansion by Fox comes after the dismantling of 21st Century Fox and with the sale of 20th Century Fox’s assets to Disney last year, with the entertainment giant is looking at ways to compete in the competitive content market.

Tubi partners with top-tier studios and networks to offer its 25 million+ user base access to over 20,000 films and TV shows.

“Tubi will immediately expand our direct-to-consumer audience and capabilities and will provide our advertising partners with more opportunities to reach audiences at scale,” Fox CEO Lachlan Murdoch said in a press release. “Importantly, coupled with the combined power of FOX’s existing networks, Tubi provides a substantial base from which we will drive long-term growth in the direct-to-consumer arena.”

One key advantage, according to the Fox announcement, is Tubi’s audience base, which skews younger and more directly connected. According to Tubi, its audience spends over 160 million combined hours per month watching its content.

The AVOD platform is available on 25 digital platforms across the US and counts more than 250 content providers among its partners.

Fox said that Tubi will continue to run as an independent service but the corporation will “evaluate opportunities to expand the Tubi offering not through original content, but rather in a cost-effective manner by leveraging our expertise in national and local news and sports programming.”

The acquisition, which Fox expects to close by the end of June, will also allow Tubi to leverage Fox’s position as a major network in the US, including its advertising and distribution relationships, plus its national and regional platforms, to augment growth.

Tubi Founder and CEO Farhad Massoudi, who will continue to head Tubi, added: “Fox Corporation’s relationships with advertisers and distribution partners, combined with the company’s dominance in news and sports programming, will help Tubi continue to grow and differentiate itself in the high-growth ad-supported streaming marketplace.

“I am proud of what the team has already accomplished here at Tubi and we couldn’t be more excited about joining such a fast-moving, entrepreneurial company. We look forward to working together with FOX to accelerate Tubi’s leadership position in the market and bring new competencies to FOX.”

To fund the acquisition, Fox said it will use proceeds from the sale of its minority stake in streaming platform Roku, of which it was an early investor. The sale comes just months after a dispute between Fox and Roku over rights to show the Super Bowl on its platform.

On the sale of FOX’s ownership stake in Roku, Murdoch added: “We were an early investor in Roku and continue to admire the ongoing accomplishments of Anthony Wood and his team. We are pleased to expand our partnership with them as a result of the Tubi acquisition.”