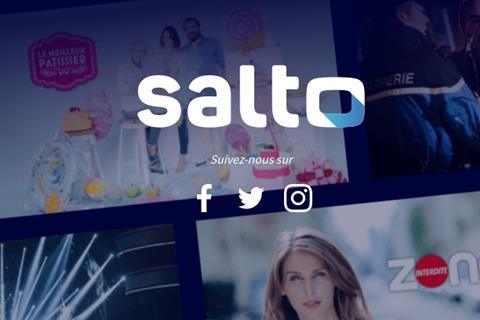 France Télévisions, M6 and TF1 are set to triple the investment in jointly backed on-demand service Salto, according to reports.

The exclusively French SVoD service will receive an investment of €135 million over three years, tripling the initial investment which promised €45 million.

The additional financing will cover the initial launch costs of the platform as well as some programme acquisition.

It is expected that a further €250 million will be invested in programming obtained from future revenues.

French business publication La Lettre A reported the increased in the investment after claiming “discussion took place with Disney on a possible joint offer but did not succeed.”

On the additional investment, investment bank Exane/BNPP commented: “The intentions to raise the investment in Salto show that in order to compete to some extent with other OTT platforms, the European broadcasters need to ramp up their own investments.

“While €135 million is three times higher than the initial budget it is still a relatively low amount compared to the €350 million that RTL aims to spend and the €400 million that ProSieben combined with Discovery is aiming to spend in Joyn or even the US peers who plan to invest billions in incremental content for their respective OTT platforms.”

Salto is expected to launch in Spring 2020 after French regulators green lit the project earlier this year as “an ambitious answer” to the media evolution and competition rising from Netflix and Amazon.

The platform is set to offer an “unequalled variety of information” including sports, entertainment, fiction, French and US series, documentaries and cinema.

The subscription price is yet to be announced but will likely be competitively priced to Netflix.