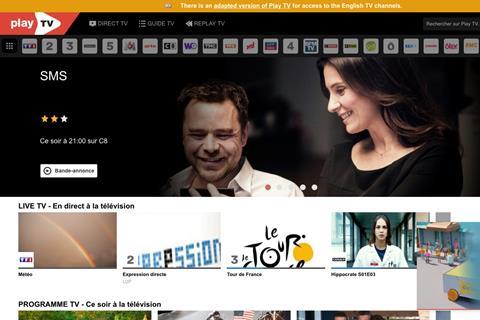 France Télévisions has won a victory in its ongoing legal battle with online TV provider PlayMédia to stop the retransmission of its programmes.

PlayMédia operates PlayTV.fr, the service which has been in the spotlight after it was found to be redistributing French public broadcasters France Télévisions’ services.

The French court, Cour de Cassation, denied PlayMédia’s claim to legally redistribute France Télévisions services and ordering it to carry out legal transmission obligations by denying it the status of a distributor.

However, according to Digital TV Europe, PlayMédia may still have a viable route to market and be able to redistribute the pubcaster’s channels if the French Conseil d’État rules in its favour later this year.

France’s media regulator the CSA granted PlayMédia the status of a channel distributor which would allow it to benefit from the country’s must-carry rules.

The broadcaster contested the online TV service’s right to air its channels without permission, accusing PlayMédia of causing unfair competition and subsequently securing a judgement with the Court of Appeal of Paris against the online outfit.

The Cour de Cassation ruled that PlayMédia does not qualify as an electronic communication network used for the distribution of radio and TV channels, so to benefit from must-carry it had to strike a contract with France Télévisions.

The court also accepted the pubcaster’s claim of unfair competition on the grounds that PlayMédia provided access to France Télévisions’ catch-up services through pages branded with its own Play TV logo without reference to the pubcaster’s own Pluzz catch-up offering.

The Association of Commercial Television (ACT) in Europe and the European Broadcasting Union’s (EBU) respective memberships called for “critical action” for global online platforms to take responsibility and accountability in the age of new media.

“News is the beating heart of European democracies,” they told the European Parliament President Antonio Tajani in Brussels in February.