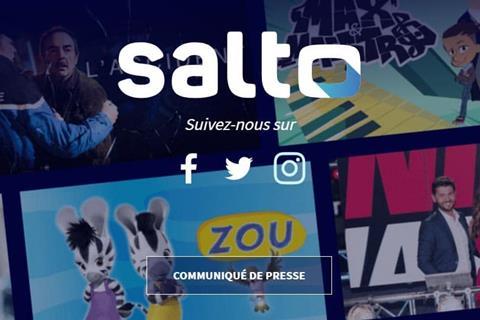 Salto: Given the go-ahead by French Regulators

The joint streaming service by France Télévisions, M6 and TF1 has been confirmed to launch in 2020 after French regulators green lit the project.

The new subscription platform Salto was announced in June after the three main French broadcasters confirmed the alliance as “an ambitious answer” to the media evolution and competition rising from Netflix and Amazon.

In a statement to the press: “This platform will offer an offer of an unequalled variety of information, sports, entertainment, fiction, French and US series, documentaries and cinema.”

Salto is expected to roll out in the first quarter of next year with the partners announcing a significant amount of pooled resources have contributed with “ambitious local response” to the “evolving consumer expectations.”

France Télévisions chief executive Delphine Ernotte Cunci said: “Now that Salto has been approved, we will at last be able to put together Team France in broadcasting, which I have been longing for.

“The launch of the platform will very soon give us what we need to compete against international players on our own territory. And it will be a new way for the French and European creative industries to engage with their public.”

TF1 Group chief executive Gilles Pélisson said: “The Antitrust Authority’s ruling is a very positive sign, as it demonstrates that the authorities awareness for the need to support and accompany industry players in making the necessary innovative changes in order to face new challenges.”

A German multi-channel streaming platform called Joyn will bundle live and on-demand content of more than 50 channels from ProSieben and Discovery along with 15 other content partners in one platform and app interface. It is claimed to be the most “extensive on-demand offering” of original series, shows, previews and local content.

Last month, ITV and the BBC reached a “milestone moment,” signing an agreement to launch the UK’s BritBox in Q4 with new commissions set to air in 2020.

The two companies announced the plans, confirming the service will have content beyond the archived “storehouse” of the nation’s favourite programmes hosting the largest collection of British boxsets. It will also commission a broad range of original series made exclusively for BritBox.