IBC2017: Mobile dominates online video today, according to experts, but livestreaming and premium set to be flavours of the future. 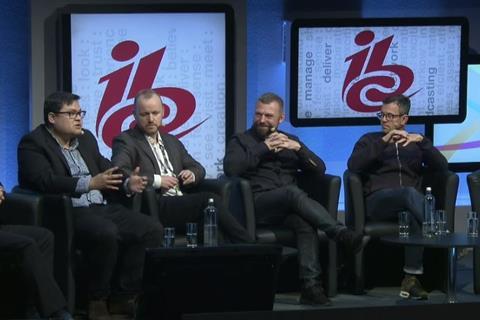 The future of online video is going to be increasingly live, social and interestingly, premium, according to an expert panel.

According to Christopher Mead, Senior Director of Partnerships, EMEA for Twitch, “livestreaming will get bigger and bigger, and the authenticity that livestreaming offers is what the viewer has come to expect these days. Interactive content will be incredibly popular, checking stats and perhaps voting on the fly is also going to be popular – in short the viewer is going to become a lot more engaged and part of the content.”

Andy Taylor, Co-Founder & CEO, Little Dot Studios, told delegates that one of the upcoming shifts will be an increase in premium-feeling content brands in the space: “In five years time there will be a portfolio of highly engaged big audiences – a superserved niche audience. We talk a lot about Youtube creators, but we’re not seeing what I would call premium brands emerge to become the brands of the future.”

Speaking at an IBC2017 panel forum titled ‘The New TV: who’s really watching?’, the panellists got to grips with the present and future of the online video ecosystem (Facebook, Snap, Twitch), and the demographics that they attract. The overall consensus was that mobile is overwhelmingly the medium of choice.

Curt Marvis, CEO and co-founder, QYOU Media got things moving by pointing out that the pace of online video is incredibly fierce, with 5-600 hours of video being uploaded every minute. “It’s a huge misnomer that young people only watch online video in short clips; they do watch short clips of course, but they watch longer content too, just not on a big screen, on a mobile.

“We used to talk about the mobile phone as a ‘second screen’ a year or so ago – now it is the preferred medium for young people. My daughter will lie on the couch underneath a 62-inch screen and watch video on her smartphone – it is her preferred option.”

Barry Flanigan, Chief Product Officer, COPA90 agreed: “You have to remember that there’s a whole generation around the preteen/teen demographic that have never known any other way of consuming media – they have no legacy brand loyalties to broadcasters or relationships with those traditional brands.

“They’re not just watching passively, they are highly engaged with it. I can’t emphasise enough how crucial it is to create properly optimised content for each platform for that reason. There’s a lot of laziness in the industry, on social where you see brands just putting out essentially the same content across every platform, often a cut down TV ad.

“What works on Snapchat, Instagram, YouTube is subtly different, and working out how to use a story between those channels is a big part of our production thinking.”

Finally, Taylor pointed out that it’s not just a different creative strategy that’s required across different social platforms too: “there’s the data of what the algorithms want too, where you don’t need to think about the content itself. For example, a YouTube video optimises at about 22 minutes, and you want to give it the best possible opportunity of appearing high in search, while of course the Facebook algorithm is weighted towards 90 seconds, so a completely different experience and platform.”