Global players back the “golden era” of creativity 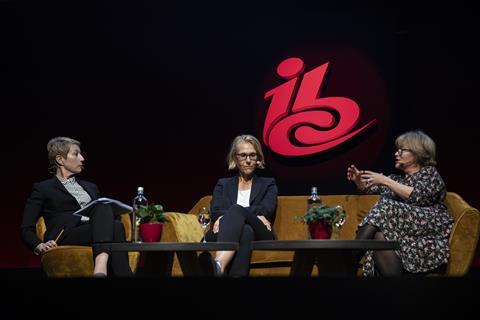 Leaders of the most influential content studios address the liberties of production amid the burgeoning digital landscape and the challenges to the craft of television.

The likes of Netflix, Amazon and Hulu with “huge global budgets and platforms have changed a lot of our sector,” Turton explained. All3Media has produced more than 20 programmes from scripted to factual entertainment for Netflix in varying formats but “in the old days this would have been developed exclusively for terrestrial British, German or American broadcasters.”

All3Media was sold to Liberty Global and Discovery in 2014 with a “very commercial producer” focus, Turton said: “Varey rarely do we buy IP, we make and distribute the programmes as a full 360-degree developer, producer and exploiter of the content.”

Backing the theory that it’s a golden era for content, she acknowledged that with risk comes change and disruption.

The increasing opportunities for production companies with Global giants is today unparalleled.

BBC Studios managing director UK Production Lisa Opie is more than familiar with change, heading the UK production unit after management decided to become a commercial entity two years ago in a move to expand creativity, attract talent and produce on a global scale.

Opie said: “It has been really liberating for our creative teams to pitch to third parties because every platform and broadcaster is slightly different, and we need to solve a different challenge.”

Recently securing its first Quibi commission, Opie explained the shot-form offering is different but it’s important to remain relevant with these platforms.

“We have a very broad business offering to the market from natural history and drama. Where we have been successful with streaming video on demand services (SVODs) is the talent relationship.”

Opie admitted she is proud of the team success and the development of a vibrant creative culture that is now externally facing, she added: “It has been transformative for many of our teams and a really exciting journey but not without its challenges, within the market changes.”

Competing in a way which Turton described as “strangely companionable” she said it is “more about demonstrating the value of IP” and “as far as I am concerned I want to sell programmes to the BBC, I like the competition because it keeps me honest and our business hungry.”

Content today is designed to be global and multi-territory, production companies are forced do “smart deals” without aggregated amounts of money coming in, however the ability to push the creative boundaries and tap into a market traditional broadcasters otherwise couldn’t reach is part of the “golden era,” Turton said.

With Fox playing the same licence fee Netflix does for one hour of content, long-term partnerships are fundamental albeit fluid.

Opie added: “We won a lot of BBC business and business in the market with over 30 third party commissions in the last two years, from National Geographic to Discovery, Apple, Spotify, Quibi, UKTV, Channel 4, 5 and ITV, It is a really exciting period of change.”

On the opportunities and partnerships, Turton and Opie echoed each other and with plenty of players and innovation and the opportunity to find new audiences the breadth of creative content is golden.