The consumer shift to OTT

What really matters to video audiences today? What are their preferred devices, patforms or approaches to ads? Grabyo’s Global Video Trends report tries to answer some of these key industry questions

The way consumers are watching video and TV has changed, with more people turning to paid online TV services than traditional pay-TV services across seven markets. 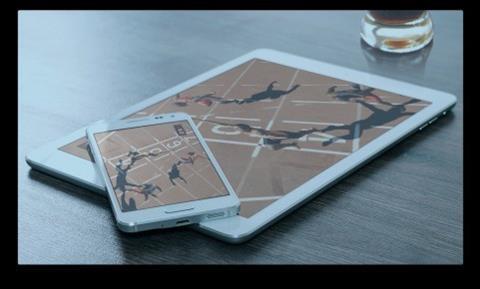 The 2019 Grabyo Global Video Trends Report, a study of 10,000 consumers in seven markets, found that more than half of people in those markets opted to pay for an online video service.

Despite its huge reach, most consumers rank linear broadcast TV as their third choice for video, while smartphones are now the most popular device for watching video worldwide. Mobile viewing is a key factor in the huge growth of social video, with penetration now greater than 75% in all markets studied.

The shift in media consumption has impacted business models for video services, with more people paying for online streaming services than pay TV. This move to OTT is seen in all markets in this study, with more than 50% of consumers choosing to pay for an online video service. The growth of mobile video has played a part in changing how consumers pay for television; 43% of consumers that have cut the cord are watching video most often on a smartphone.

The survey also showed that sport is the most popular genre of content to view over the top (OTT) today. However, viewers do not want to see more of it. When questioned, respondents generally said they had seen enough. Does that mean the OTT sports providers are doing their jobs in keeping viewers satisfied?

The study pointed out that despite most of the age groups surveyed (18 to 25, 26 to 35, 36 to 49, and 50 to 65+) being most interested in watching sports, they were least interested in seeing more of it. On the genres of video all the groups surveyed watch the most, sport was clearly at the top with 42% to 49% for each age group. Conversely, what attracts those age groups to videos on social media is not sport, which each age group placed at the bottom of the selection with only 10% to 13%.

On which content audiences want to see live streamed on social media, the research showed that live sport is interesting to 13% of people, which was the second highest preference after news at 13.8%. Audiences also want us to see eSport events live streamed on social media with 4.5%, behind the scenes footage of celebrities, actors, and sports people with 7.7%, and live Q&A’s with the usual celebrities and also sports people with 6.6%. 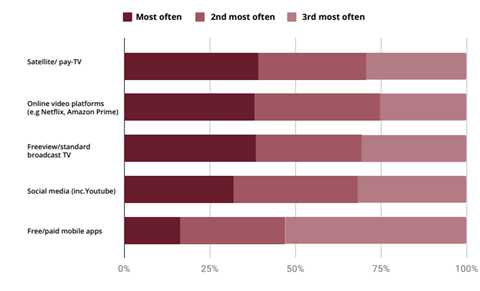 Where are global consumers watching video?

Only 38% of global pay TV customers consume most of their video content on a TV screen, suggesting most pay TV customers are watching TV online, on demand, on a variety of mobile and streaming devices. The research concluded that broadcasters that fail to adopt a robust multiplatform strategy will struggle in the coming years.

Gareth Capon, CEO at Grabyo, said: “People care about price, they care about content, and they care about quality of service, quality of the video, and those things really stood out [in the survey]. You compare that to TV, and what TV generally has is really good content and really good service, scalably delivered, really reliable, and generally on a free to air basis which was a price point people liked! One of the challenges is pay TV has become increasingly expensive, and sports is increasingly expensive, and the combination of those things [means] we’re at a tipping point right now.”

Business models for TV versus OTT providers is the tipping point Capon referred to. He noted: “The overall business model hasn’t changed, and there’s a limited amount of flexibility because most of these propositions are still driven off the TV schedule primarily.”

“I think that’s the point that OTT and the current world around mobile and social that still is challenging,” he went on.

While price is an important factor, the research showed that 18 to 25 year olds will justify their spend on services if video content is high quality and available in the latest HD formats such as 1080p/60, 4K UHD and HDR video across devices. Video quality is important for sports for this group. Meanwhile the 26 to 35 year old age group like convenience and access when choosing how to watch video, which reflects on the importance they place on availability on which devices they can use. They are also more focused on price than the younger generation.

The 36 to 49 year old category are driven more by price than younger groups, so they are interested in ad-supported services that are free. Finally, the baby boomers are focused on quality of content. while they are most interested in watching sport, film and news is more popular than in other age groups.

In the UK consumers are early adopters of technology and are the bellwether for consumers trends in media across Europe, the study said. However, although the UK pay TV market remains the strongest in Europe, consumers show a preference for online streaming. Grabyo’s research suggests that live video viewing will expand online in the UK in the next few years and start to grow rapidly on social media, as all audiences under the age of 50 show an interest in watching live streams on social and OTT. Broadcasters and publishers must get ahead of this shift and deliver live TV content, events, and experiences that are built for digital, warned Grabyo.

For Brits, YouTube is the most popular media platform being used to watch video with 74% of the vote, while Facebook follows with 53%, Instagram with 30%, and Snapchat with 19%. Meanwhile TV series and clips with 81% won the most popular vote for the type of content being watched, followed by entertainment at 80% film clips and trailers at 71%, factual documentaries at 65%, news at 54%, and finally sports with 41%.

The US mirrors the UK’s preference for entertainment content at 77%, and sports coming in last in popularity at 40%. Also again, YouTube was the most popular form of social media platform to watch video on at 75% followed by Facebook at 56%.