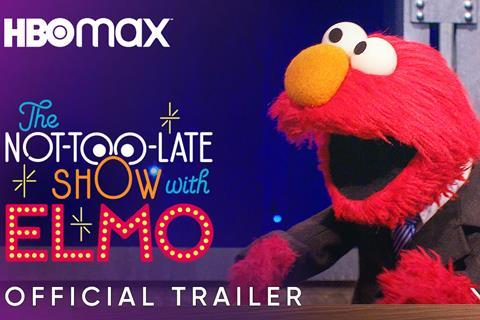 HBO Max: Launches on 27th of May with original content like The Not Too Late Show with Elmo

WarnerMedia has announced that newest streaming service HBO Max has been will launch on 27 May with a slate of original content alongside its “world class library catalogue”.

WarnerMedia has announced its streaming platform HBO Max will launch at the end of next month, having unveiled a series of premium Max Originals that will be available to consumers from its launch.

HBO Max will be a direct-to-consumer (D2C) offering with 10,000 hours of premium content including the entire HBO service, Warner Bros. titles and original content exclusive to the service.

WarnerMedia Entertainment and direct-to-consumer chairman Robert Greenblatt said: “Our number one goal is having extraordinary content for everyone in the family, and the HBO Max programming mix we are so excited to unveil on May 27th will bear that out.

“Even in the midst of this unprecedented pandemic, the all-star teams behind every aspect of HBO Max will deliver a platform and a robust slate of content that is varied, of the highest quality, and second to none.

“I’m knocked out by the breadth and depth of our new offering, from the Max originals, our Warner Bros library and acquisition titles from around the world, and of course the entirety of HBO.”

HBO Max head of original content Sarah Aubrey added: “It is thrilling to be approaching the launch of HBO Max so we can finally share the first wave of content our teams have been developing in partnership with a group of unparalleled creators.

“The originals slate available at launch represents a diverse range of unique voices emblematic of the quality and scope of our programming still to come.”

The service is aiming to set itself apart with its foundation of loved brands and a seamless user experience, according to HBO Max chief content officer and TNT, TBS and truTV president Kevin Reilly.

He added: “Our team has meticulously selected a world class library catalogue and collaborated with top creators across all genres to offer a monthly cadence of original series and movies that we will program and promote for cultural impact.”