HDR is now the name of the game

Indeed, while Ultra High Definition (UHD) is still high on just about everyone’s radar it is HDR which might soon be wagging the UHD tail.

BBC HD and UHD Head of Technology Andy Quested told delegates bluntly: “Everything we do today has to stand the test of time.

“Planet Earth 1, made some 11 years ago is still being watched and is still selling [to overseas buyers]. We are investing in the very best images that can be generated, and also paying considerable attention to audio which is the cherry on the top.” 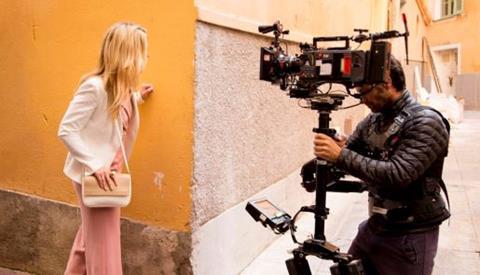 Quested told delegates that the BBC was focused on creating a single transmission standard, that embraced its Hybrid Log Gamma technology which was jointly developed with NHK of Japan and that a single standard was essential so as not to disenfranchise existing viewers, and to avoid having to create multiple streams of video for viewers.

“All future commissions will be made in HLG (and Perceptual Quantizer-PQ versions could be created if required by a BBC Worldwide client) because we are an international broadcaster,” he added.

“Even BBC Studios is now a separate organisation. As far as independent production houses are concerned their archive is their long-term pension!

“They also want to produce in the highest-possible standard. So, we are seeing more and more UHD productions underway. Many are utilising high-quality cameras but storing the rushes because the client doesn’t need UHD today. But they can go back to them later if there’s a market. I am confident that you will see more UHD especially in high-end drama and episodic series, provided we have the budget.”

His comments were echoed by David Klafkowski, Chief Executive at London-headquartered international post-production firm The Farm.

He said that this time last year he expected that around half of his company’s drama workload would be in UHD.

“That is definitely true today. For 2018 I can tell you now that they will all be mastered in 4K. Our clients may not all require us to deliver them in 4K, but we will certainly be keeping finished masters on every production.

“The rationale for this is that some clients are waiting for a specification to be demanded, and we might finish something in HDR-10, or Dolby Vision or another requirement.” 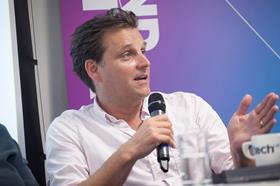 Klafkowski said that the shift to UHD has been very rapid. “If you are a commissioner or producer you want UHD.

“If you are producing for Netflix then it is very easy, they want everything in 4K. In fact, having them as a client, or the end client for a production, is making it easy. They are clear, and want everything in 4K… we have just mastered Sky’s latest drama, Riviera in HDR and the colours are wonderful. The colour difference is so great in HDR.”

He added that it was Netflix, Amazon Studios and Sky who were making the shift to UHD a reality. “In fact, our work for Netflix in the USA sees us directly charge Netflix for these extra [production] costs. It is quite transparent and understood.

“Three years from now we will laugh at the fuss we are making today, but the shift to UHD is much more dramatic than the shift from SD to HD” - David Klafkowski.

“Then it was a different set of problems. Now, we have simply enormous amounts of data to be handled, and trying to explain to a client that you cannot just transfer 5Tb to another file in 25 minutes!”

Klafkowski was emphatic. “I firmly believe that we are well on the way to HDR being the norm. I also believe we will all move on. When we create ‘hero’ content, important shows, then it will be UHD. Perhaps even 8K.

“There will also be some High Frame Rate material about.

“But I have one plea to make, to TV set manufacturers: turn video smoothing off. Do not make it the default setting! We do a lot of work where the client wants a filmic look, and we achieve it. But then video smoothing goes and ruins it.” 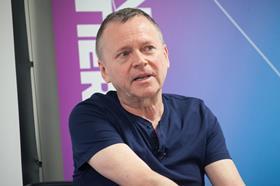 The BBC’s Andy Quested said that Natural History – and upcoming shows like Blue Planet 2 – were a top priority for the BBC “because we’re good at it. But there are also some high-end dramas and drama series which should be available as many of them are potentially UHD.

“I am sure Sherlock has been shot on suitable cameras, same with Happy Valley, and there are others. The next few years will be a mixed environment. There will be HD with HDR, UHD with HDR and there might even be some 8K floating around eventually.

“But there will not be a single, fixed service, the way we work today. It is all about the value of the programme, the longevity of the programme and it is common sense that where there’s a value [in adopting the higher technology] it will be used.”

The Farm also posts the BBC’s The Graham Norton Show, a multi-camera studio show. Klafkowski said that using HDR on such a show “will look great even on a 4K display.

“We all have to remember that post production is just one step. Good lens choices, and cameras, are a key part of the mix. And here’s another thing: these images are so much more beautiful than 3D ever was.”