How Serie A went OTT with IMG

IMG’s entry into the OTT marketplace with its new Serie A service has ramped up the battle for sports audiences on digital platforms after a couple of years of cautious rights buying by the likes of Amazon and Facebook.

IMG has an unparalleled history of sporting success, both in selling sports rights and also creating its own international sporting events. It’s the kind of broadcasting experience that the FAANGs and other sports broadcasting newcomers like Perform and DAZN can only dream about. 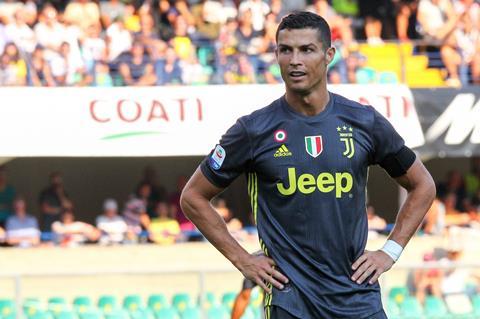 Now, the company famously founded by the late Mark McCormack in 1960 and based in New York with over 3,000 worldwide employees, is pushing firmly into the OTT business.

IMG has partnered with one of football’s biggest leagues, Italy’s Serie A, to launch Serie A Pass last month, which offers live Italian league football to 78 countries.

IMG has also launched another OTT platform for the Scandinavian region, Strive, which broadcasts Spain’s La Liga as well as Serie A exclusively live in Scandinavia.

Although the likes of Perform and DAZN been trailblazers in the OTT market, IMG has been carefully watching the direct to consumer digital space. IMG’s Senior Vice President and Head of Media Sales Adam Kelly says that his company took its time to learn about the market and waited for the right time to make their move.

“It’s a brave new world and we’re fascinated by it and with our pedigree and history we’re going to be able to re-invent ourselves in this space,” says Kelly. “We wanted to get the technology right first. Like Apple who didn’t invent the MP3 player or the mobile phone but went on to perfect it, we’re not always first movers, rather best movers.”

The Serie A Pass launched last month and includes all live games and match replays plus specially-made additional magazine shows and archive programming. Fans will watch on desktop, tablets and mobiles and via apps on IOS and Android devices to include Chromecast and Apple airplay. 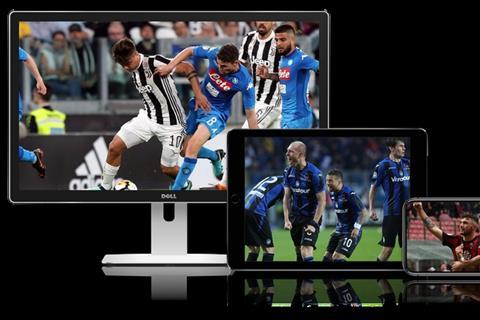 Kelly says pricing has initially been made as simple as possible with only a few geographical variations: either €7.99; $8.99 or ₹299 Indian rupees per month depending on the territory with season-long passes costing €49.99, $59.99 or ₹999.

“There is huge group of hard core Serie A fans worldwide and there is nothing for those fans in some countries,” says Kelly. If broadcasters don’t want to step forward, then we will do it. It’s not a huge statement for us, it’s a natural step to move upstream and solidify our relationship with rights holders and downstream towards the consumer to disintermediate broadcast platforms.”

Key territories for Serie A Pass are likely to include much of South America and Latin America, the Balkan region and countries such as the Netherlands, India, Malaysia and Singapore.

IMG’s move is particularly interesting because the company brings so much experience in sports to the immature world of OTT channels that often serve small markets or audiences with time zone challenges like the NFL outside of America or Formula 1.

He says that Serie A Pass is a good example of OTT opportunists in the most appropriate sports markets by-passing traditional broadcasters reluctant to spend on rights acquisitions, and instead going direct to consumers in small territories with a passionate fanbase. Broughton estimates that some of these OTT ventures could harvest 10 to 15 times as much in revenue in the more difficult markets.

In IMG’s case, the presence of Cristiano Ronaldo - signed by Juventus earlier this summer - will further increase the awareness of their Serie A streaming service, so their timing from this perspective is excellent.

“It makes sense for IMG to go at it alone (with Serie A) and it’s a smart move, but it will be tough as there’s lots of competition in the market. Additionally, there are many marketing and technical issues that need to be solved to avoid the kind of issues and bad press that their competitors have recently had, such as DAZN with Serie A rights or Amazon with US Open UK broadcast.”

Stephen Nuttall, Commercial and Strategy Advisor on Sports and former senior executive at YouTube and BSkyB, can also see some of the same bumps in the road for IMG.

“We wanted to get the technology right first. Like Apple who didn’t invent the MP3 player or the mobile phone but went on to perfect it, we’re not always first movers, rather best movers.” Adam Kelly, IMG

“Live streaming to large volumes of users with high reliability is hard and expensive,” says Nuttall. “Recent high-profile outages have caused problems like Formula 1’s OTT service as well as Optus and YouTube TV during the 2018 FIFA World Cup.”

But Adam Kelly is not worried. “We’re not new to this game,” he states. “Our streaming product is developed for the gaming/betting space which delivers billions of streams every year and we’re familiar with the business side of it all.”

Kelly also points out that Serie A is losing its reputation as a league dominated by defences. “Serie A has been undervalued in the market. It’s actually been the highest scoring league of the top European leagues for a number of years,” he says. “Our plans for an OTT channel were set before the Cristiano Ronaldo signing, but that development shows that teams are investing in the best players and the new owners are ambitious.”

Richard Broughton says IMG’s deal looks fairly standard in terms of price, offer and additional content, so from that perspective, it is not breaking the mould, but equally it may not need to in order to succeed. “Obviously, there are additional costs around streaming delivery, marketing and so forth, but with such significant upsides, this is a clear opportunity.”

The other issue is the growing number of OTT offerings that are now fighting for fans’ attention and subscriptions. Juventus themselves have launched an OTT channel, although rival leagues like the English Premier League or La Liga in Spain have enough broadcasting partners to make any direct to consumer moves unlikely in the near future.

However, Stephan Nuttall believes that as pay broadcasters focus their spend on a smaller set of sports that deliver for them and free-to-air channels passively stand by, there will be more sports properties that remain unsold.

“Unless a new pay TV buyer or other aggregator emerges, sports rights holders and their agents will be increasingly tempted to launch their own OTT services. The fear then is that consumers, faced with too many options, simply will keep their money in their wallets.”

But Adam Kelly is confident that IMG’s traditional strengths will come to the fore. “We’ve always added new fans for snooker, rugby, golf, tennis, cricket and all the sports IMG has built over the years,” he says. “We can do the same in the digital environment and Serie A Pass has already done well with a very limited marketing push.”

Kelly is also confident of one other thing: IMG will have further announcements in the direct to consumer space. “It’s hard to say ‘why now?’ for Serie A Pass, but the timing has been right for us and it won’t be the last OTT service we develop, that I can guarantee.”