Coronavirus has seen cinemas across the globe shut down, while streaming services are gaining more eyeballs than ever. In a follow-up to our Streaming vs Cinema article, Patrick von Sychowski looks at how streaming has affected the film industry during Covid-19 lockdown 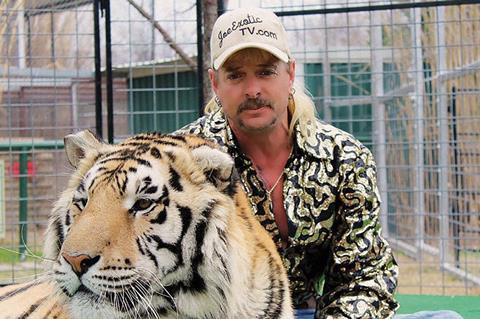 Tiger King: Currently the most popular show on Netflix

When Universal Pictures announced on March 16th that Trolls World Tour would be released simultaneously as a direct-to-consumer rental for $20 as the planned theatrical opening on 10 April, the news hit the cinema industry like a bomb. On that same day in March alone, cinema closures had been announced for Cyprus, Germany, Ireland, Luxembourg, Malta and Portugal.

With the UK finally following on 20 March, Russia become the last major European cinema territory to shutter its cinemas at the end of the month. Just as cinemas were reeling, the collective feeling was that Hollywood had pulled the red carpet out from underneath them, threatening to end theatrical exclusivity forever.

The coronavirus pandemic has impacted the global theatrical business on a historically unprecedented scale, with Omdia [formerly IHS Markit] estimating that 96% of global screens were dark as of mid-April. Gower Street Analytics estimates that less than 1% of cinemas in the world are active as of early April, mainly in Japan, South Korea and Sweden. Even in these countries the box office has hit historic lows, with a re-release of La La Land being Korea’s third most popular film in the weekend on 17 April, despite selling just 2,101 tickets. Even so, all three Korean multiplex majors CGV, Lotte and Megabox refused to play Trolls World Tour when it was released there on 29 March.

South Korea was meant to have epitomised cinema’s victory over the streaming barbarians at the gate, with Parasite beating Netflix’s The Irishman to the Best Picture Oscar this past February, the first foreign language title ever to do so. In the UK the film’s distributor Curzon decided on a traditional theatrical release, instead of a simultaneous day-and-date release in cinemas and on its TVoD Curzon Home platform. This lead to the film riding a wave of awards glory, playing in regular multiplexes and becoming the highest grossing non-English title ever, with its £11.5 million ($15.1 million) BO on 9 April overtaking “The Passion of the Christ”, and earning over $250m worlwide, according to Box Office Mojo. But Covid-19 changed all that.

Hollywood pivots to streamers
With cinemas shut, Hollywood studios were quick to pivot to the new reality. As well as the digital home release of Trolls World Tour, Universal fast-tracked the consumer availability of recent cinemas titles The Invisible Man, The Hunt and Focus Feature’s Emma. “NBCUniversal will continue to evaluate the environment as conditions evolve and will determine the best distribution strategy in each market when the current unique situation changes,” was the defence issued by NBCUniversal when faced with the backlash by cinema operators. Although none were prepared to go on the record, more than one cinema operator opined in private that this is part of parent company Comcast’s ambition to shutter the theatrical window that dates back to the aborted early release VoD of Tower Heist in 2011.

Yet NBCUniversal was far from the only studio to advance cinema releases for home SVoD and TVoD platforms. Disney announced that Frozen II would be released on Disney+ several months ahead of schedule, only weeks after debuting on electronic sell-through (TVoD), while Star Wars: the Rise of Skywalker would become available for digital download purchase, where it was joined by Pixar’s Onwards. More troubling for cinemas was the decision by Disney that the Kenneth Branagh-directed adaptation of Artemis Fowl would bypass cinemas altogether and open on Disney+, which has surged to more than 50 million subscribers worldwide.

Sony Picture’s Bloodshot was playing in cinemas when they were forced to close, so the studio decided to cut its losses and pushed it out on TVoD soon afterwards. Warner Bros fast-tracked the OTT release of Birds of Prey/Harley Quinn, while several European and smaller independent/arthouse distributors also pivoted to a on-line only release with their films, instead of waiting for the cinemas to re-open. This course of action was foretold in China, where cinemas had already been closed ahead of the all-important Chinese New Year celebration in late January and the online release of Lost in Russia by distributor Bytedance (of TikTok fame).

Audiences stream to streamers too
There is no doubting the impact the Great Lockdown has had on streaming services such as Netflix and Disney+. “Over the last weeks, we’ve seen our traffic increase dramatically in some countries,” says international streaming guide JustWatch’s Karoline Himmel. “We had a closer look at the number before and after lockdowns or other actions governments took to contain the spread. For example, Spain has an increase of +200% whereas Germany just has an increase of around +130%.” 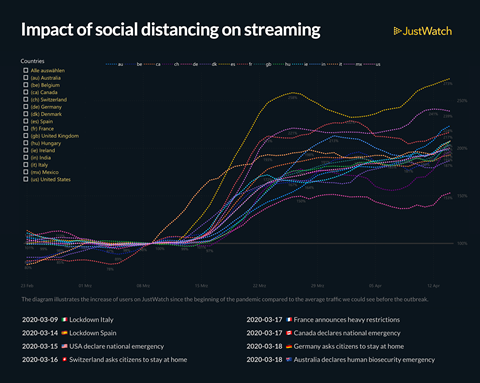 impact of social distancing on streaming

Netflix viewing parties have become the lockdown social trend, with even some cinemas such as Everyman and Curzon in the UK arranging their own ones. Even Secret Cinema, whose immersive experiences have re-defined the viewing of films such as Blade Runner and Back to the Future have got in on the trend with its ‘Secret Sofa’ viewing parties.

Cinemas in hibernation not deathspiral
When Trolls World Tour did premiere it turned out to be an anti-climax, rather than the end of cinema it was a popular Easter distraction for parents stuck at home with children. NBCUniversal boldly proclaimed that it was its most successful streaming weekend opening and ten times as large as the next largest, which was Jurassic World: Fallen Kingdom. But the studio wouldn’t give specific numbers, leaving industry analysts none the wiser about how big a hit it was. 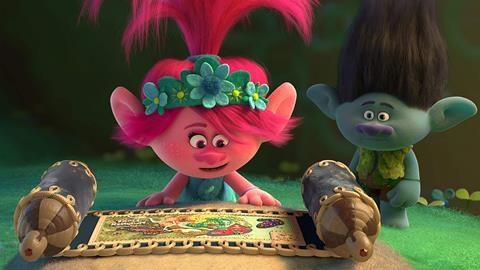 Where Trolls 2 did make waves was with parents who hadn’t realised that they weren’t buying the film at $20 (a price higher than most DVDs these days) but merely renting it for 48 hours. That led the likes of Neil Edward Johnson (@neiloo) to vent on Twitter that: “I’ve spent $60 so far renting @Trolls World Tour 3 times because my daughter loves it so much. When does the madness end?”. While he wasn’t the only one to voice this unhappiness with the TVoD business model, other parents felt it was a price worth paying for a few hours of peace and quiet.

Streamer and Big Screener Co-Exist
“We’ve known, I think, for a long time that the most frequent streamers are also our best customers,” admits Phil Clapp, CEO of the UK Cinema Association. Far from an either-or, research from EY recently confirmed that keen consumers of films like to both stream and go to the cinema (see chart below). And after the dust settled on the Trolls World Tour release, the US Cinema trade association NATO stated that, “While one or two releases may forgo theatrical release, it is our understanding from discussions with distributors that the vast majority of deferred releases will be rescheduled for theatrical release as life returns to normal.” The Hollywood VoD release has turned out to be more of a trickle than a tsunami.

Universal itself has no plans for bypassing cinemas for its major tentpole titles such as Minions 2, Fast & Furious 9, let alone the latest Bond films, with No Time to Die given a new November release date. While cinema has similarly to Bond faced countless villains, from the 1918 Spanish Flu to VHS, it seems Covid-19 won’t be the end of it. Meanwhile, the most popular show on Netflix isn’t a film but the Tiger King. 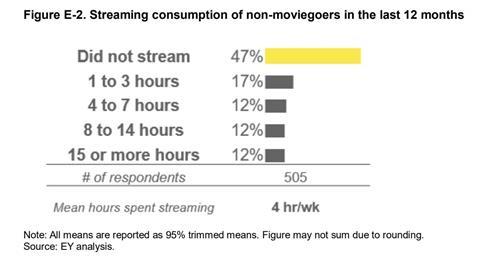