How vendors are adopting AI

From asset management to content analysis, artificial intelligence is being built into a host of media tools.

Artificial intelligence (AI) – and its near relation machine learning – have been media industry buzzwords for a while. Great claims are being made for them, but what is actually practical and what is being done today? 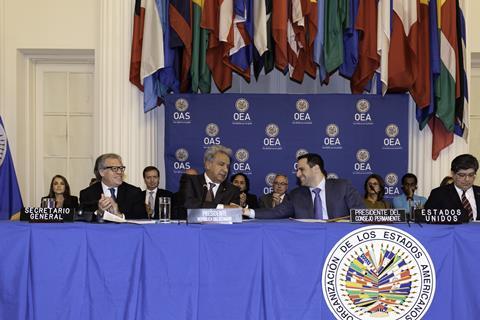 At the recent NAB exhibition, David Schleifer of Primestream talked about “confidence levels”. You can set the level of the bar above which you will believe the machine. He suggested that you might want to trust a positive if the machine thought it was 80% confident it was right.

His company uses AI for asset preparation. The Organisation of American States (OAS) has long plenary sessions, and Primestream edits the recordings into packages tailored for each member state, based on who is talking.

Schleifer made the point, though, that AI is not a goal in itself, but part of a broader operation. “If AI is a separate system, it’s useless,” he opined. “It needs to be integrated into the workflow.”

One important attempt at creating a business case for AI comes from Arvato, which uses context recognition to tailor advertising placements – effectively automatically “watching” the programmes to see which commercials will be most effective.

The company emphasises that a lot of broadcasters are already using advertising optimisation as a business differentiator, and the AI process just provides another set of input data to the decision-making. One German broadcaster is claimed to have brought its campaign planning down from four weeks to one day using intelligent optimisation.

In a slightly different application, Insys is using the AWS Recognition software to analyse programme content. It suggests that it can automatically grade material for factors such as violence or nudity, and provide warnings or even block individual streams based on the rating.

Valossa also provides a content moderation solution, tunable to those things that your audience might find objectionable. It has also identified brand monitoring as a key business: you can track your logo or brand across multiple content streams to identify misuse, and to encourage activities which are supportive to your brand.

Dejero has a partnership with Microsoft Azure for AI processing. Dejero’s primary business is in getting content back from location, particularly for news and sports, over whatever IP bearers happen to be available at the time. Its architecture uses the cloud to synchronise and reassemble the content before delivery.

The AI tools act on this content as it is being processed. Metadata enrichment and tagging, facial recognition and speech-to-text functionality use Azure Media Services Video Indexer. The rich metadata is delivered to the newsroom along with the content, saving the need for manual cataloguing on ingest.

“Artificial intelligence remains full of possibilities… it may be that the technology is not yet quite there to deliver all the opportunities, particularly in real time but cloud processing could be the answer.”

Sport is seen as a major use case for AI. Pixellot has a suite of software to create highlights entirely automatically. It’s NAB stand claimed “400,000 games produced” using its software. As well as broadcast, the software is also useful in coaching, with teams like Barcelona, Real Madrid and Nottingham Forest using it to track players. It also claims compatibility with high resolution systems, up to 8k. 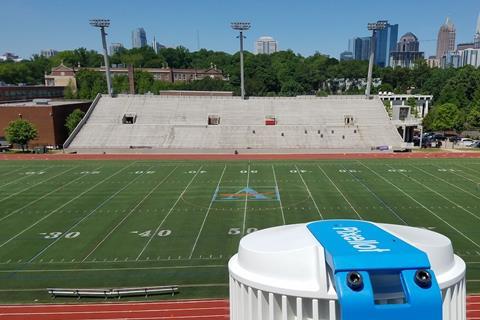 Chief executive Emilio Zapata cautions that AI is very much domain dependent. “If you train a system for football, you have to start again for cricket,” he said. “The real value is in using the extracted metadata, for which you need flexibility in the data model.”

Celebrating its 25th anniversary in business, EVS has introduced its own AI enrichment. Part of the new Via platform which brings integrated processing into the server, EVS has developed Via Mind “because AI brings business value”. It is part of a new ingest-to-post solution.

Given EVS’s position in sports production, the enrichment it offers includes graphics as well as data: the automatic painting of a virtual offside line in real time, for instance. But it also adds an automated production capability.

The system allows a number of autonomous PTZ cameras to be driven. Via Mind finds the action, and uses its intelligence to drive the cameras to track it. As well as the obvious benefit of adding extra cameras at an event for relatively little cost, it also means that those cameras can be added without increasing the number of seats blocked out for conventional cameras, which can be important in crowded stadiums.

Mobile Viewpoint has taken the inverse approach, using a single fixed high resolution camera and creating multiple virtual cameras from it, using AI rather than an operator. Like Zapata at Tedial, Mobile Viewpoint made the important point that machine learning takes time: “every game makes it better at covering the game”. 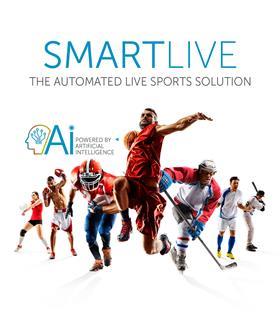 Sony’s Edge Analytics Appliance takes a foreground object out of a live picture for green-screening without the screen. It uses faces, shapes, colours and motion as tracking points. One application demonstrated at NAB was for academic lectures, where the presenter could write on a board and the text converted into a broadcast graphic which could then sit in front of or behind the presenter.

AI is not just seen in the content: it can also play an important part in defining the technology, in an age when the functionality is provided by software services which can be started and reconfigured in real time. Telstra and CDN Broadpeak have collaborated on a product called Intelligent Device Optimisation. Using analytics from an engine like NPAW Youbora, it allows media companies to dynamically switch configurations for maximum efficiency.

Artificial intelligence remains full of possibilities. It may be that the technology is not yet quite there to deliver all the opportunities, particularly in real time. Cloud processing could be the answer, but that brings its own issues in terms of latency to and from the cloud, and content security in transit.

It does seem, though, to be a technology which will deliver on its early promise, and not just be a buzzword that excited the audience for an NAB or two.