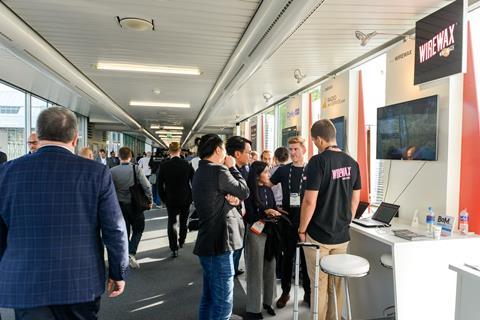 There was also tenth category recognising an outstanding project, collaboration or event, drew an initial record 200 entries, at the Awards which were announced at IBC2019.

He said: “The explosion of viewing choices means broadcast and media companies are constantly striving to manage additional complexity, at higher quality, with greater speed, efficiency and flexibility, while still constraining costs. Technology suppliers are clearly committed to exceeding the expectations of modern media factories.”

The Create category was won by EVS for its Overcam system, for enabling lower cost sports production and its clever use of AI.

The Publish prize was won by Rohde & Schwarz for its R&S BSCC 5G broadcast service and control centre. This has people dreaming of 5G broadcast co-existing with OTT.

Arvato Systems won the Monetize category with its AI-driven Ratings Forecasting system. The Consume category was won by Singular.live for its Interactive Digital Overlays, which takes on-air branding graphics to the cloud.

The Store award went to Cloudian for its HyperStore Xtreme Powered by Seagate, and the Support category prize was collected by Vocas Sales & Service for its Tracis Lens Scanner.