IBC2019 kicked off with the IBC Executive Forums, bringing together top executives from across the industry to debate core issues behind closed doors. Dick Hobbs looks at some of the topics on the agenda. 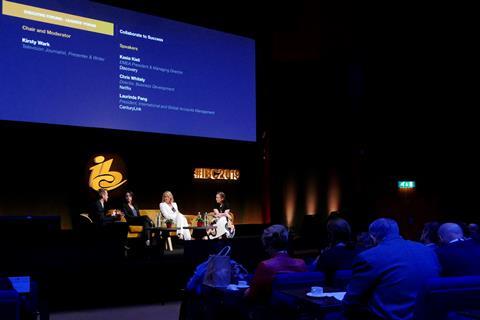 IBC is the one global venue which debates all aspects of the issues of the day. The established programme of Executive Forums – which took place yesterday – are central to that.

These programmes give board-level staff the chance to debate the future at a strategic level. Behind closed doors they can talk about the matters which are really affecting the industry. It also gives executives an opportunity to forge a new network which benefits them year-round.

The details of their debates remain confidential, but we can reflect on some of the topics that came out of their deliberations, and which will impact on the rest of IBC.

The Leaders’ Forum, hosted by journalist and broadcaster Kirsty Wark, took the top-down view on how to transform, evolve, survive and thrive. In a time of innovation, collaboration and acquisition, how do you adapt your company’s culture? Where are the talent gaps in this evolution?

The biggest driver for change is the move from broadcast to streaming; from traditional monoliths to new media companies; and from publisher/broadcasters to producers dealing direct with consumers. The lively conversations extended from the conference room to the networking events, and will surely spark more discussions over the coming days.

The Leaders’ Forum opening keynote was delivered by MoffettNathanson senior research analyst Michael Nathanson, who in an earlier interview with IBC365 said that traditional broadcasters need to lean into local news and live programming, particularly live sport. “Broadcasters need to pivot to what they have in their favour,” he said. “What they have is live, local and news. They must pivot to localisation and regionalisation of their language and their content choices. They have to look more inward to compete. They can’t be buying US content and putting it on at 8pm anymore.”

Running concurrently with the Leaders’ Forum were two specialist high level programmes. With the protection of intellectual property and the means of distribution now at the top of everyone’s agenda, the Cybersecurity Forum looked in particular at the threats to our industry. Enterprise cybersecurity has well-established practices, but they need to be adapted and extended for the media and entertainment industry. 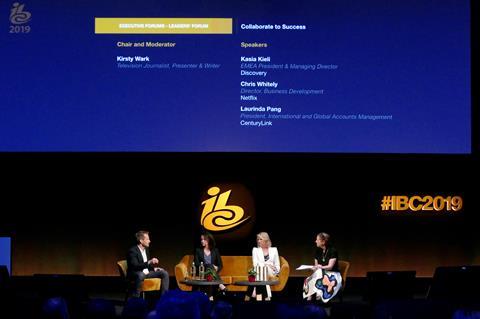 This year’s Cybersecurity Forum saw an emphasis on production, not least of high-value sports events. With cloud-based remote production an increasingly attractive option, the executives debated how best to protect the whole content chain.

The day concluded with a panel on the internet of things and the emerging threat it represents, as everything from digital cinematography cameras to control room switches become network devices.

Debate at the Telco & Media Innovation Forum was sparked by 5G becoming a reality, bringing super-fast, high-capacity, low-latency mobile data. The group debated the potentially vast impact of this, particularly on new opportunities for content experience, with delegates citing immersive experiences like VR and AR as an area to watch. Aside from 5G, they also considered the changing business landscape, with major players looking at direct-to-consumer offerings.

With video predicted to represent more than 82% of IP traffic by 2022, according to Cisco, this is disruptive technology at its most potent.