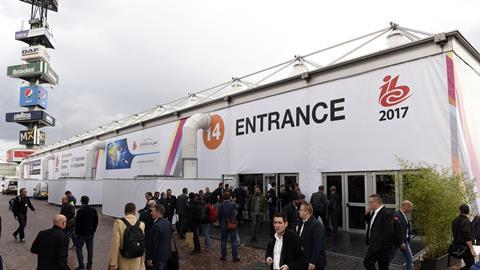 In the latest installment in a series of articles that roundup the main themes and talking points from the IBC2017 Exhibition, Anne Morris summarises the key trends from Hall 14.

Among IBC’s 15 halls, there is one that perhaps best reflects how external influences have invaded traditional broadcast to an extent that once seemed unthinkable.

Its remit was to focus on the nascent business that was broadly grouped under the ‘content everywhere’ theme to reflect how the internet and mobile technologies were affecting the way in which video content was being watched and distributed.

In 2014, the brand was changed to “IBC Content Everywhere”, which remains its title to this day.

Fast forward to the 2017 event, and what began as a small outpost of the RAI is now a fully-fledged hall with stands to rival those in the more established areas of the event.

You could say that Hall 14 has finally grown up, and that is also reflected by the growing number of companies that now exhibit there.

What’s more, some major heavyweights from the online world were present on the show floor for the first time this year: Facebook was showcasing 360-degree video content and devices, while Google presented a number of developments including progressive web apps, Android TV, jamboarding, and more.

Google’s YouTube has long had an uneasy relationship with the traditional TV sector. While broadcasters are fully aware of the potential threats posed by these online giants as well as other types of over-the-top (OTT) service providers, they also now recognise OTT as something from which they can benefit themselves.

As you’d expect, OTT was still a huge topic in Hall 14, and has moved even more into the mainstream than in previous years. This year, the conversation shifted more towards how OTT content can be integrated with pay-TV and even freemium offerings to provide additional revenue-generating opportunities, with more operators and other kinds of players looking to offer OTT content directly to consumers.

That, in turn, raised the question of monetisation and advertising on digital platforms, with a growing number of vendors launching dynamic ad insertion solutions to help video service providers deliver targeted ads to smartphones, PCs, tablets, and connected TVs.

Because of the increased interest in direct to consumer, vendors and platforms also responded with their own supporting solutions, both custom and turnkey, according to Natasha Rybak, an Amsterdam-based principal analyst for GlobalData.

“In the past, there was a general divide between the bespoke deployments of very large operators, and the white-label reliance of smaller operators, but as modular and out-of-the-box options become more common, that divide is no longer so clear.

“While some tier ones still consider wholly proprietary propositions absolutely essential, others are open to partnership, with an eye to focusing instead on core capabilities and cultivating customer satisfaction and value,” she said.

Although building a horizontal solution “is not easy,” said CEO Joe Foster, it was an important part of the company’s ambition to make OTT an obvious and easy choice for its customers, which include Curzon Home Cinema and NBCUniversal’s hayu.

Greg Riker, SVP of sales for the Americas at Metrological, added that the last two years have seen “amazing growth” in demand for OTT services, providing an incentive to IPTV providers to integrate third-party and premium OTT content with their own services on set-top boxes in order to “keep customers on the couch”.

Big data was also a much-discussed topic, but there is clearly still considerable uncertainty about what big data really is. 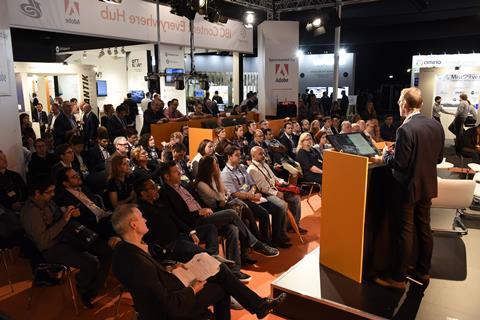 Ian Volans, the producer of the Content Everywhere Hub that organised a number of presentations on this theme, noted that there were plenty of discussions about what sort of data operators should collect and how they should process it.

Bhavesh Vaghela, CEO of Paywizard, also warned against relying too much on data, saying that how you engage with customers still has to be done from a creative perspective.

Vaghela added that operators should put the customer at the heart of their business, especially as broadcasters increasingly warm to the idea of direct-to-consumer services. “The media industry is actually quite far behind in how they embrace the customer experience,” he said. “In my view, they have to behave more like retailers.”

He suggested that typical retailer responses such as selling umbrellas when it rains could and should be adopted by the media sector. For example, if they know a wet weekend lies ahead, they could promote films to their subscribers to show that they understand what a customer wants and when.

Other points of discussion included machine learning – also sometimes referred to as artificial intelligence (AI), although they are not quite the same thing.

For example, IBM Watson Media, also a first-time exhibitor at IBC 2017, showcased a new suite of AI-powered solutions on the IBM Cloud.

Reuben Verghese, CEO of Diagnal, called for more marketers to come to the Amsterdam show. In his view, visitors walking around the show floor tended to be from the technology side of the business, such as CTOs. “Lots of people are talking about technology and products, but not so much about marketing,” he said.

In addition, Sebastian Busse, director of addressable TV international at Smartclip, also asked why we did not see more about freemium content combined with pay-TV. Paywizard’s Vaghela added that the industry is now seeing a resurgence in pay-per-view (PPV), and noted that freemium can play into this by providing “the journey to the content”.