IP-enabled kit and the implementation of AI were among the trends in halls 1, 4 and 5, writes IBC Daily reporter Ian McMurray. 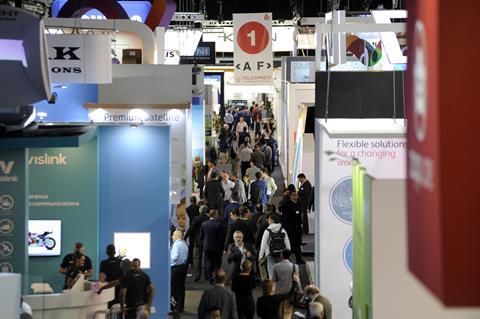 IP is a done deal.

It was impossible to draw any other conclusion from halls 1, 4 and 5. Well: the principle of IP is a done deal, anyway.

There are, however, some details to work out, not least of which is that, inevitably, the journey will be different for each company.

That was a message heard clearly from Imagine Communications’ CEO Tom Cotney, who was clear that what customers need are partners, not vendors.

As IP networks are deployed, a number of challenges present themselves. One is the migration path that is likely to see SDI and IP coexist for some period of time – with the pace of that change being different for each company, as Cotney was making clear.

A second is the issue of increasing network bandwidths: we may have 10 Gigabit Ethernet today, but faster – much faster – speeds are on the horizon. That implies the need for a high degree of flexibility and upgradability.

A third is how best to manage IP networks in order to deliver optimum QoE – a challenge exacerbated by what will certainly be a short term lack of familiarity with the technology on the part of those tasked with managing those networks. 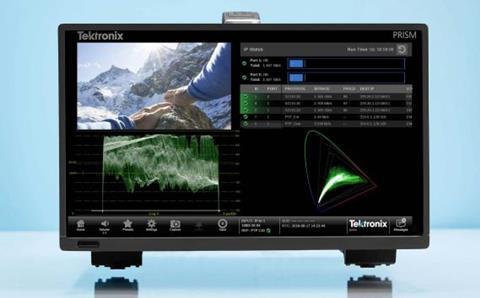 In recognition, Tektronix has expanded its hybrid IP/SDI PRISM monitoring line, with new features including a 10G operations unit, integrated audio and dual screen extension capabilities, and a 25G upgrade path for all PRISM products.

100 Gigabit demonstrated
Meanwhile, over on the Bridge Technologies stand – the company’s president, Simen Frostad, is a long term proponent of IP – the company was showing off its dual 40 Gigabit Ethernet probe, and talking about how it had successfully demonstrated a 100 Gigabit capability. What’s appealing about the Bridge offering is its Instrument View user interface, which takes complex network analytics and presents them in an intuitive graphical form.

There were plenty of new IP-enabled products on which to feast your eyes. One example was Guntermann & Drunck, which took the opportunity to showcase its newly-expanded portfolio of IP products. Until recently, G&D’s KVM-over-IP technology featured in only a single extender system. This did not allow switching – so G&D has added ControlCenter-IP, turning the extender systems, which have so far only implemented a point-to-point connection between computer and workstation over IP, into what the company says is a powerful KVM matrix.

Another key theme across halls 1 and 5 – Imagine Communications had, as previously, taken hall 4 all for itself – was the battle for the home, which many see as an obvious next step. Why would that be?

Managed mesh Wi-Fi systems are being rapidly embraced, according to exhibitor AirTies, because they enable service providers to fix their subscribers’ in-home Wi-Fi issues and create new classes of premium Wi-Fi services. At IBC, AirTies showcased its Managed Wi-Fi Mesh solutions that it said are relied on by more than 50 service providers across four continents. The company was showing how Wi-Fi mesh software creates alternate data paths between multiple mesh extenders to deliver fast and consistent, whole-home Internet coverage throughout subscribers’ homes.

Smart homes
The home was similarly a topic of discussion on the Qorvo stand, where the company was talking about how a distributed Wi-Fi indoor infrastructure could change our vision of how we consider the smart home and its connections to the Internet of Things (IoT). 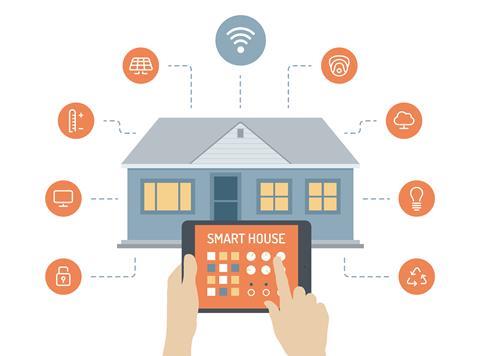 With the Wi-Fi IEEE 802.11ax standard expected to be released in 2019, Cees Links, general manager of the Qorvo Wireless Connectivity business, was expressing his excitement at how homes will in future have the capability and capacity for so much more, all connected wirelessly.

And, just to round it all off: Ruwido was showing off its latest innovation, which sees its remote transformed into an ‘all home’ control – not just video and audio, but lighting, heating and so on. What’s remarkable about it is its simplicity.

Halls 1 and 5 have historically been the IBC home of satellite companies, and that was true again this year. Arabsat was there to promote its newly-launched fully managed services across Africa and Asia, while Eutelsat was talking to visitors about CIRRUS, a hybrid satellite-OTT delivery solution it had launched the previous week.

According to the company, CIRRUS will allow customers to have the best of both worlds, combining the efficiency and reach of satellite with the convenience of OTT. Hispasat was discussing an agreement the company has just signed that sees it invest in LeoSat Enterprises, giving it access to the world of low-earth-orbit communications satellites.

Novelsat was claiming that satellite broadcasters who use industry-standard BISS/BISS-E-based DRM have suffered hacks, with decryption keys regularly posted to social networks. In response, the company offers NovelSat ProtCASTER which it believes is the only satellite broadcast DRM platform based on virtually unbreakable AES 256-bit encryption.

AI against piracy
In a similar vein, counteracting the threat of piracy was a topic of conversation on many stands. Viaccess-Orca, for example, was promoting its artificial intelligence-enabled detection of service anomalies, such as content piracy incidents, that can, the company said, provide invaluable insights into the operational challenges faced by a premium content service provider.

Also leveraging the power of AI – in this case, machine learning and facial recognition – was ZOO Digital. The company’s solution is, however, targeted at minimising the threat from in-house piracy by automatically obscuring video streams in all areas except those needed in order to subtitle and dub. The feature is said to work similarly to rotoscoping, with ZOO’s technology obscuring all parts of each frame except the faces or mouths of screen actors, which need to be shown for accurate lip synching.

No content is, perhaps, more susceptible to piracy than high profile sporting events. Friend MTS debuted its UltraHD ASiD watermarking and global channel monitoring service, with the company claiming that its ASiD service is the most widely deployed subscriber-level watermarking for premium sports and entertainment content.