Influential and visionary executives from across the industry united at the IBC2018 Executive Forums to discuss key trends, opportunities and disruptors to shape future strategy.

Leaders’ Forum
Delegates to the invitation-only Leaders’ Forum were warned that if they thought they had already seen the worst of the disruption in broadcasting markets they were wrong. 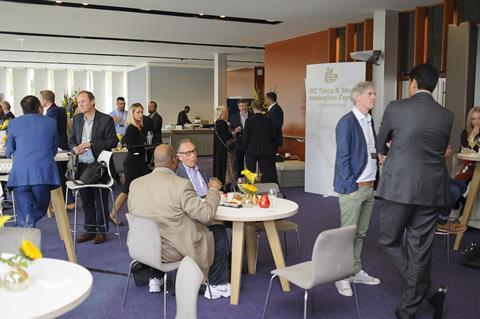 This was the eighth IBC Leader’s Forum, one of three forums being run this year with the others devoted to cyber security and telecommunications. All are subject to Chatham House rules which means individual speakers are not identified.

Netflix may already have 140 million subscribers but that “could easily double over the next three to five years,” according to a West Coast broadcasting specialist.

“Does Disney really need more scale? It’s the best content and the best business model that will win in the end,” another executive said.

“It’s about business models rather than scale per se,” he argued.

The same executive displayed some scepticism about the business model that funds Netflix. For the moment the capital markets are happy to fund a company with large debts which would probably not reach cash flow profits until 2022-3 he claimed.

Read the full story Disruption is only going to get worse

Cyber Security Forum
Broadcasters are not in the front line of the battle of cyber security, IBC’s forum on the subject was told by a leading US cyber security specialist.

“You are the battlefield,” the lawyer warned.

The danger is that the eyes of the Chief Executive will often glaze over at too much talk of technology and then baulk at mentions of cost, money that would not be available for funding marketing or growth.

A leading Scandinavian broadcaster admitted that one of his local stations had been subjected to “ransomware.” What do you do - pay up or call the police?

The IBC Cyber Security Forum brought together senior technology and information officers within media and broadcasting.

Read the full story Broadcasters are ‘particular targets’ for hackers

Dr Abe Peled, Chairman of Synamedia, the new spin-off from Cisco, told the Forum that “streaming piracy is a scourge.”

The former NDS executive who has been involved in the fight against piracy for much of his career, told that pirates could now buy the equipment needed to capture and redistribute a channel illegally for $500.

Further consolidation was predicted in the communications sector with more telcos buying up content companies, in the wake of the AT&T - Time Warner deal.

Consolidation “is just inevitable” a leading multi-national television producer forecast, and in fact content would be “the killer app” for the launch of 5G.

Everyone in the telco business was looking for great content as an essential component of helping to fund the expensive roll-out of 5G.