Immersive audio: Levels of production increasing as ‘consumers regard it as the new standard’

Vendors are upping their educational efforts and bringing more tools to market that support the efficient production of immersive audio content.

In the year prior to the onset of the global pandemic, the increasing industry excitement around immersive audio was impossible to deny. Starting with global sports tournaments and proceeding through major music festivals and selected drama output, broadcasters were demonstrating a growing willingness to apply immersive audio technologies – chiefly Dolby Atmos – to a wide variety of content as domestic soundbar sales continued to rise. 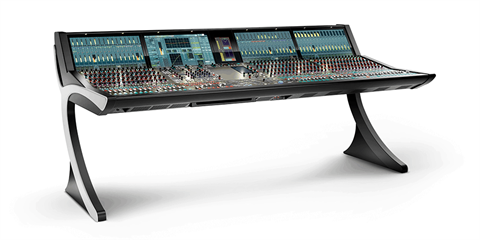 Lawo: ’The global pandemic forced broadcasters and service providers to tend to other challenges’

Then Covid-19 arrived and, inevitably, the priority list had to be reshuffled for a while. As a source for German pro-audio company Lawo observes: “While we noticed a distinct uptake in the demand for immersive audio in 2019, the global pandemic forced broadcasters and service providers to tend to other challenges – the most important of these being distributed remote production so as to remain on-air.”

Now that the immediate crisis is beginning to recede, it’s probable that innovation around immersive audio content will return to pre-Covid levels. It also appears that there is a notable difference from previous multi-channel audio trends, such as 5.1, with convenience winning out over the audiophile’s preference for a large domestic installation – a tendency that surely limited the long-term potential of previous formats.

“We see two important factors at play,” notes the Lawo source. “The desire on the production side to deliver sporting events, movies and radio broadcasts in immersive audio, and the fact that these productions are increasingly consumed using soundbars at home and binaural headphones on the go.”

Nonetheless, we are clearly in an extended period of transition, so it makes sense that many vendors are combining awareness-raising and educational activities with a steady stream of new product features aimed at making immersive audio production more seamless and less labour intensive. 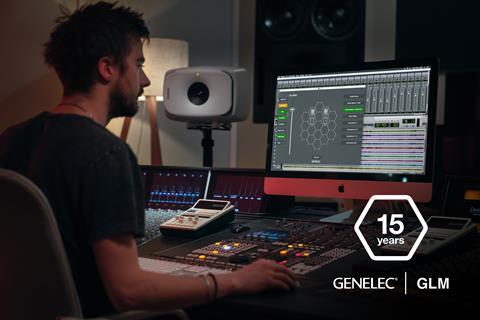 For Genelec PR director Howard Jones, the trajectory that ends with immersive content “translating consistently to a wide variety of playback systems” begins with an acoustically well-designed room, including an optimally calibrated monitoring system that means the sound arriving at the engineer’s listening location from every loudspeaker is extremely consistent in level, frequency response and time of arrival.

These requirements underpin a series of recent additions to the Genelec Loudspeaker Manager software. “Years ago, [ensuring complete consistency] would have involved the calibration of the entire monitoring system to the room, which was an extremely time-consuming job,” says Jones. “The latest 4.1 version of our GLM software makes that calibration process incredibly simple, allowing an immersive Genelec Smart Active Monitoring system to be automatically optimised for the room in a matter of minutes.”

Released in July 2021, GLM 4.1 is said to be “much faster” than the previous 4.0 version, as well as having a number of “immersive-friendly” new features. These include Solo X mode, which facilitates the quicker soloing of monitors when working with immersive content. 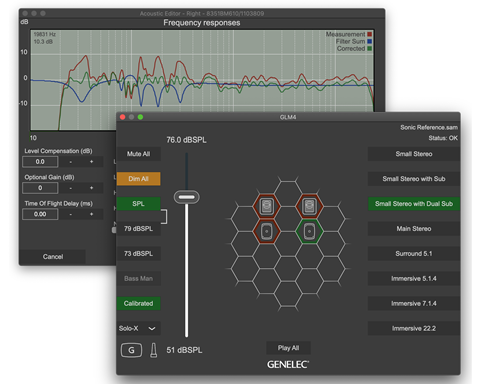 The latest 4.1 version software makes that calibration process allows Genelec Smart Active Monitoring system to be automatically optimised in a matter of minutes

The recognition that immersive audio production is now taking place in a wide variety of environments – from the largest dubbing theatre to the smallest OB van – also remains integral to the Genelec R&D effort. Most recently, notes Jones, “given the trend towards smaller rooms, we’ve paid particular attention to developing a range of compact Smart Active Monitors (SAM) with a generous SPL and the ability to self-calibrate to the space. Proper handling of the LFE channel and low frequency bass extension is particularly important, as is the option to mix different sized monitors in an immersive system without losing accuracy, and again this is something that our SAM range – with the help of GLM software – is able to do particularly well.”

Education for the immersive era

While the practicalities of immersive audio production continue to be refined, there is also a growing awareness that mixing immersive for broadcast – as for music and other areas of production – is an emerging art-form in and of itself. Logically enough, then, many vendors have also recently been working on their educational efforts around immersive audio, leading to a slew of training events and detailed guides.

Lawo’s Dolby Atmos on mc2 Consoles Hands-On Guide – which can be downloaded in full here – is a case in point. Drawing on the availability of immersive audio production support on consoles such as the mc256 and mc296, the guide acknowledges the desire to avoid adding significantly to mixing engineers’ burden: “In most instances, there is no need to dramatically change our workflow in order to produce immersive content; stunning results can be achieved with readily available tools like any Lawo mc2 console model.”

“It feels like immersive has already gone way beyond the modest levels of acceptance and adoption achieved by surround sound a few years ago,” Howard Jones, Genelec

Highlighting the present industry favouring of a channel-based immersive (CBI) approach over object-based immersive (OBI) for live production, the guide offers advice on standard mixing set-ups and monitoring requirements for content production using Dolby Atmos. Noting the unpredictable nature of live events, it states that “a certain amount of safety needs to be built into the workflow to allow for a mix that is both consistent and convincing. For this reason, CBI tends to be more static than OBI, especially for live sports coverage. A1s generally try to recreate the sound one would perceive at a specific seat at the venue – typically somewhere in the stands.”

Meanwhile, another leading console maker – Calrec – has been outlining the ability of smaller-format desks, such as its Brio console, to support Dolby Atmos production. In the training programme available via its website, Calrec documents the “straightforward” nature of building a Dolby Atmos show on a Brio: “Each Atmos stem eats into 10 channels, but these are easy to assign and manage even on a tiny desk like Brio. The Calrec Brio has a very flexible DSP system and can be upgraded in situ.” 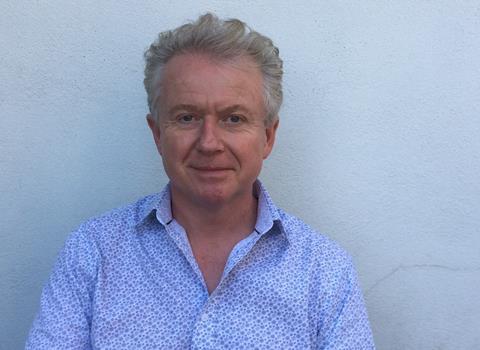 The guide underlines Calrec’s assertion that “assistive features” on broadcast consoles will continue to be critical to reducing engineer workload and achieving a strong, impactful result every time. “Live TV productions are focused on getting it right first time and there are no second chances, so it relies on channel-based immersive mixing which places the viewer at the centre of the live environment to create the passion, excitement and emotion of the event. This puts additional pressure on the mix engineer, who is often creating multiple outputs for host and international mixes, as well as making sure that surround, stereo and mono versions all sound great.”

While the resumption of major sporting events over the past few months has meant that the level of immersive audio production has begun to return to pre-Covid levels, there have also been several recent consumer-end developments that indicate a long and healthy future for this type of production. Principal among them is the increased availability of high-quality soundbars in the sub-£1000 price band and the arrival of immersive audio content on more consumer services – most prominently Apple Music, which launched its new Spatial Audio with Dolby Atmos offering in June.

“It feels like immersive has already gone way beyond the modest levels of acceptance and adoption achieved by surround sound a few years ago,” says Jones. “If the OTT players keep driving the production of immersive content, and the increasing affordability of convenient playback devices like soundbars continues, then there’s no doubt that more and more consumers will simply see it as the new standard. Apple Music’s adoption of spatial audio is another important milestone on the road to wider consumer awareness, so we’d cautiously say that the signs seem pretty positive right now.”