Personalisation, UX and the role of AI

With an ever-increasing range of programmes and platforms, the tools and methods for connecting consumers with content came under scrutiny at IBC2017. 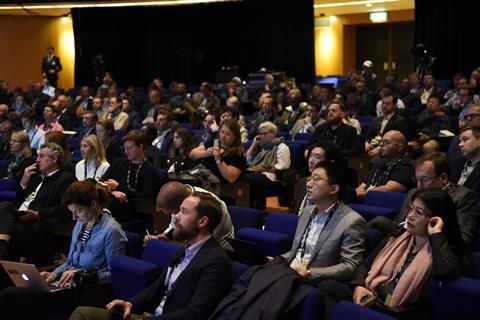 Speaking immediately before the show, Chief Technology Officer at UK broadcaster C4 Orpheus Warr said: “In an increasingly crowded market, broadcasters and content providers are not just concerned with the content being produced but also how viewers discover and navigate that content and make sense of it.”

Adde Granberg, the Director Technology/CTO at Sweden’s public broadcaster SVT, told IBC365 that UX was towards the top of his list of priorities.

“In the past, broadcasters have played a big role in setting standards. I can’t worry about that right now – let the industry set the direction. Right now, I’m looking for IT specialists, UX specialists, web developers – it’s more about development now.”

Throughout the Conference, their comments were echoed by senior executives from around the industry. Indeed, “personalisation is key” was the message from TV Commercial Director Online Faz Aftab, who spoke about the need to boost audience engagement in an OTT dominated world.

According to Ashley Grossman, Liberty Global Senior Manager of Video Discoverability, there are three pillars emerging in the next generation of its platform Horizon TV, which he described as ‘slick, fast and simple’.

“There’s more content and it needs to be packaged and discovered in a compelling way; the interface is faster and it has been developed in a more dynamic way,” he said.

Speaking at a Platform Futures conference session at the Forum, Jeff Hunter, Chief Architect at on-demand and cloud-based TV service YouView explained that “the key is to understand the user and personalise their experience. You also need to get smarter – driving insights from the data you collect.

Failure to serve content in a more personalised and easy to navigate form could prove a barrier to encouraging Generation Z to make the move to linear TV.

New online channels like YouTube TV and Facebook’s Watch, which are built around features such as personalisation and recommendation, will encourage new viewing patterns, said Sarah Rose, Director of Consumer Insight at C4. “As broadcasters we have to pay attention to these trends and offer audiences content how they want it, otherwise we will become old media,” she said.

So how can this be achieved? One solution to the navigation conundrum, which was mentioned on more than a few occasion, was voice. Speaking at IBC during a session on the consumer experience, TiVo Senior Director of Marketing Charles Dawes claimed that the company’s natural language voice controls – which are currently being integrated into Sky Q’s premium service - would radically simplify the user experience. “It can take more than 10 clicks to find the search. Voice search is a quick and simple way to get to content more easily,” he said.

Meanwhile, Bots were also suggested as a way of simplifying interactions.