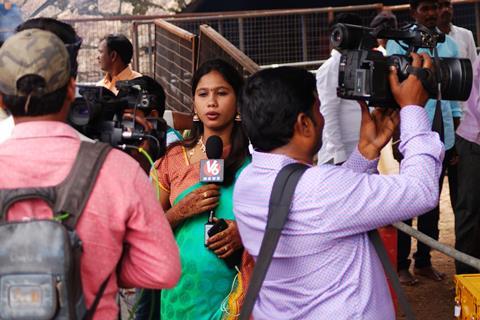 The Telecom Regulatory Authority of India is seeking input from broadcasters into its regulatory review of the provisions of interconnection and carriage fees.

The regulator (TRAI) has found regional broadcasters are facing a high financial burden with vulnerabilities to “arm twisting by distributors.”

It has released a consultation paper on Issues related to Interconnection Regulation 2017 with the objective of consulting all relevant stakeholders on issues related to target market, placement and other agreements between broadcasters and distributors.

The paper was published as a response to receiving feedback from regional broadcasters about high carriage fees.

TRAI sought views from stakeholders on various key issues such as whether there is a need to cap the carriage fee a broadcaster pays to distribution platforms and how the cost of carrying a channel should be determined for Multi System Operators (MSOs) and Direct-to-Home (DTH) platforms.

Under the current regulations, DPOs are free to declare their target markets, which define the coverage area of their distribution network in terms of the number of States or pan India, however, based on the declared target market, they ascertain the carriage fee broadcasters need to pay them to carry their channels.

In a statement to the press, TRAI said: “The placement agreement, marketing agreements or any other technical or commercial arrangements between broadcasters and distributors (apart from RIO-based agreements) are in forbearance.

“But now, quite a few complaints have been received from various broadcasters whereby it is being alleged that some DPOs are resorting to pushing for marketing/placement/promotion agreement, by exploiting the available forbearance.”

The objective of the consultation process is to review the provisions of the existing Interconnection Regulation 2017 and consult all the stakeholders on the following issues - issues related to Target Market and those related to Placement and other agreements between broadcasters and distributors.

TRAI is seeking written comments on the consultation paper from the stakeholders by 23 October and counter comments, maybe submitted by 6 November.

India’s total telecom and pay-TV services market is set to grow revenue at a compound annual growth rate (CAGR) of 6.8% during 2019-2024, but India’s pay-TV market will only make a virtually insignificant contribution to this figure according to research from Global Data.

The report, India Telecom Operators Country Intelligence highlighted mobile voice as the largest revenue contributor to the overall market during the outlook period.

However, revenues from mobile data segment are forecast to grow at the fastest CAGR of 13.2%, driven by rising mobile Internet subscriptions due to improving mobile network coverage in rural areas and increasing mobile data average revenue per user (ARPU) with growing adoption of higher-priced 4G services.

Fixed broadband revenue in the country is set to grow at a CAGR of 3.6% to reach US$4.3 billion by the end of 2024, primarily driven by a steady rise in fibre-to-the-home (FTTH) connections, supported by the Government’s initiative to provide 50Mbps broadband connectivity to the entire population by 2022, along with ongoing fibre deployments by telcos such as Reliance Jio.