Emerging technology and innovative workflows are transforming live sports production. This IBC365 webinar explores the challenges impacting the way sport is shown on multi-screens with experts from Tedial and Kiswe. 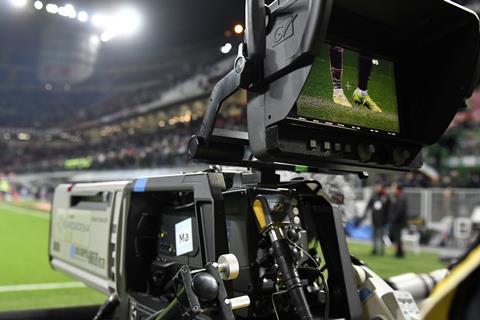 From AI-enabled operations to remote production, virtualisation and data analytics, sport is at the sharp end of the most cutting-edge production processes in the industry.

He says these include: efficiency, emerging formats, disruptive platforms, speed to air and differentiation.

Ruddell owned the roadmap for advanced TV production process and technology whilst at Sky Sports, and was with Sky through its huge growth and raft of technology changes since 2000.

There are new breed of competitors coming from OTT platforms to rival the likes of linear broadcasters including Sky, BBC and ITV.

Traditional broadcasters are being forced to adapt to this new world have historically have bought the dedicated broadcast hardware, which moved rapidly to commodity off the shelf hardware, with shorter refresh cycles.

Ruddell explains: “Those two factors have left the big broadcasters with a lot of legacy systems to run and a technical debt which requires quite a big investment in order to resolve. The emerging competition don’t have that legacy and in addition they have got the benefit of being IT-native and they can be a lot more agile in how they scale, develop and introduce new services.”

In terms of production, Ruddell explains how innovation on the screen is more difficult with “not much that hasn’t been tried,” broadcasters have previously been criticised for experimenting with “gimmicks.”

Tedial vice president products Jérôme Wauthoz has been leading the artificial intelligence automation with the purpose to create more with less and helping to manage the sports content for its customers.

This is particularly important with the increased competition for sports rights and its segmentation.

Wauthoz explains the benefits which include controlling the cost in live productions, ability to create highlights quickly and packaged to be delivered to any destination.

He says: “The main goal is to use AI to enrich the data feed with automated metadata… AI is used to bring editorial value to the content and to the event.”

The benefit for live sports production is creating greater amounts of highlights, with more content, faster than ever before, which ultimately enables the team to focus on the creative components for better storytelling and increased production workflows.

Comparing live sports production with TV drama, Zane says the difference is TV dramas know what the story is from the start, while live sports has to interpret on the fly.

“One of the big changes has been the introduction of new ideas on how to broadcast shows coming form the live streaming work, particularly from Twitch,” he explains: “Video distribution got cheaper because of the internet and video production got a lot cheaper and people starting making new shows you see this all over the web, from Facebook, YouTube, Twitch and new platforms.”