Google Cloud signalled its ambition to build up its telco, media and entertainment client base with its hiring this year of Discovery CTO John Honeycutt. He tells IBC365 about his plans at the company. 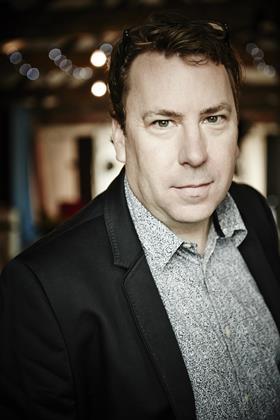 Cloud computing is the biggest growth business for some of the world’s largest technology companies, such as Amazon, Microsoft and Google.

Amazon Web Services, of course, remains the dominant cloud service provider, with a 31.7% market share in 2018, according to Canalys research. Microsoft Azure follows with 16.8%, and Google Cloud trails in third place with 8.5%.

But it’s clear that Google is intent on closing the gap.

Last month, for example, Google Cloud rolled out Anthos, which is designed to help companies more simply manage workloads across hybrid and multi-cloud environments. Google also pitched attendees of its Cloud Next conference in San Francisco on the idea that Google Cloud can deliver AI, security and data privacy like no other provider can.

However, within the telecoms and media space, perhaps the biggest signal of Google’s ambition to catch up with its rivals is its hiring this year of former Discovery CTO John Honeycutt.

Honeycutt joined Google Cloud just over two months ago as VP of its telecommunications, media and entertainment division. It’s one of six key ‘verticals’ that Google Cloud is focused on, alongside financial services, healthcare, manufacturing and industrial, public sector & education, and retail.

“Whether you’re a content creator, a broadcast engineer or an editor, an ad sales executive or in another role, there’s a way in which cloud can ultimately transform your business.”

Honeycutt’s signing is a clear statement of intent by Google in the media space specifically. At Discovery, Honeycutt led the global broadcaster’s move to virtualise its infrastructure, in particular moving towards cloud based playout – where it was considered the first broadcaster to do so at scale.

Honeycutt’s time at Discovery spanned the company’s acquisition of Eurosport, SBS Broadcasting and Scripps Interactive alongside investments in the Olympics, where he says he experienced first hand the benefits of cloud adoption. “I led multiple transitions of on-premises network operations facilities to the cloud. During my last five years, I moved 80 percent of the IT infrastructure at these organisations into the cloud, too.”

While he’s clearly an advocate of the cloud, his experience with Discovery will also give Google Cloud’s telecoms, media and entertainment clients valuable insight into the challenges of deploying the technology.

Honeycutt says the industry is facing a time of incredible disruption and transformation – more so than ever in his 25 year career.

“There’s clearly a paradigm shift in both audiences’ entertainment expectations and as a corollary, how content companies must adapt strategically to best serve those needs. A key part of that strategy is embracing the cloud.” The cloud, he notes can touch all aspects of the lifecycle of content—from content creation to content discovery, distribution to analytics and monetisation. “Whether you’re a content creator, a broadcast engineer or an editor, an ad sales executive or in another role, there’s a way in which cloud can ultimately transform your business.”

Honeycutt says that the move from Discovery to Google has felt “organic” and “the right step.

“I had a fantastic run as the CTO and in other leadership positions during my 15 years at Discovery, and I’m now looking forward to helping other media companies experience big-scale transformations with the help of Google Cloud.” 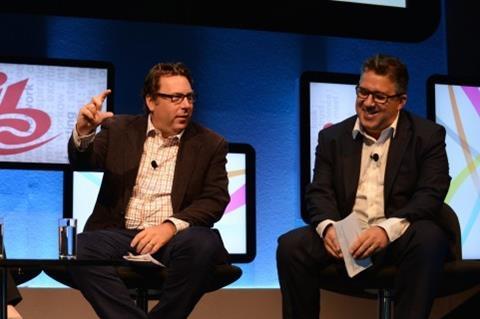 As for his priorities this year, he says it’s firstly about helping content creators and distributors move traditional video distribution workflows into the cloud. He cites Viacom’s choice of Google Cloud to power its Intelligent Content Discovery Platform, to acquire more content intelligence and workflow efficiency. Google Cloud has also helped the UK’s ITV to create a customised viewer analytics solution with managed services to track unprecedented, unpredictable audience numbers in close to real time.

“We’re also supporting the growing number of cloud-native OTT services that continue to increase in popularity with audiences,” says Honeycutt, citing work with fuboTV to build a cloud-native streaming service from the ground up in two years.

Elsewhere, Google Cloud has worked with Sky on with several projects — from fighting piracy to enhancing the Sky Q customer experience — and transitioned its on-premise data and analytics platform to the Google Cloud platform.

Accelerating cloud adoption for gaming and esports companies is another priority, says Honeycutt. “We support game server hosting workloads for a range of various games, from popular mobile titles to AAA, global, multiplayer games and more. Earlier this year, we aided Massive Entertainment with hosting Tom Clancy’s The Division 2 and we worked with Multiplay on a record-breaking Apex Legends launch.”

When Honeycutt was appointed to the role, he said at the time that he wanted to help media companies navigate industry change by leveraging Google’s AI and machine-learning (ML) technologies.

Asked to expand on what this means in practice, Honeycutt points out that there is more content being created than ever before. “We believe that infusing intelligence into the content supply chain — from production, post, distribution, and monetisation through machine learning — will be a key factor in helping companies modernise their workflows and more efficiently monetise their content.”

“We have a flexible, open ecosystem, where customers can select what makes the most sense for them — whether that’s a primary, hybrid or multi-cloud approach.”

For example, Google recently announced its AutoML solution, which enables developers and others with minimal ML expertise to automate the generation and creation of custom models. “By using AutoML Video, media and entertainment companies will be able to make searchable video libraries, quickly locating specific scenes that include desired content, automate video transcriptions and detect explicit and/or sensitive content,” explains Honeycutt.

From a connectivity perspective, he pitches Google as operating one of the largest backbone networks in the world. “We connect our data centres on our global, private network with hundreds of thousands of miles of fibre optic cables so that regardless of bandwidth constraints, end-users experience a seamless playback experience regardless of device. We’ll continue investment in increasing our footprint across the world.”

He also says that cloud customers don’t want to be locked in to one provider, and stresses Google’s openness. “We have a flexible, open ecosystem, where customers can select what makes the most sense for them — whether that’s a primary, hybrid or multi-cloud approach.”

Security is another differentiator, he says, noting that Google Cloud was the first cloud company to be approved for handling ‘Tier 1’ content by several major film studios. “This approval allows for end-to-end production capabilities. We also have our own custom chip, named Titan, that allows us to more securely identify and authenticate access at the hardware level. At the user level, we have fine-grained Identity and Access Management tools.”

As for innovation, he describes Google’s machine learning capabilities as honed from years of usage internally at Google. They are, he says, “best-in-class and have direct applicability in the video-heavy media environment. With AutoML, we’re democratising ML models, and with Google Cloud Video Intelligence, we’re helping developers extract actionable insights from video files, even without prior ML or computer vision knowledge.”

If Honeycutt’s pitch to potential customers is clear, his typical day at Google is less so. Honeycutt says that, sixty days in to the job, “I’m still defining what a typical working day looks like.” He says he’s met customers from all over the world, including from Latin America, Europe and the Middle East to help understand their priorities and how Google Cloud can help meet their business objectives. He’s also travelled to Singapore and Tokyo, as well as all over the U.S., getting to know Google Cloud’s internal teams and building his own knowledge base.

There’s also been a run of industry events too, such as the Google Cloud NEXT Conference and NAB Show. At the latter, he explains that a major theme stood out from his conversations with dozens of broadcasters and content providers: “They are eager to transform their business, and they know that requires a move to the cloud, but many are not sure where to start. Our goal at Google Cloud is to help meet these companies in their journey to the cloud, no matter where they are at currently.”