Is there still life in linear broadcasting?

With their business model being rapidly disrupted by the streamers, can traditional free-to-air broadcasters hold on to viewers and advertisers? Tim Dams reports

Life for linear broadcasters looks as challenging as it has ever been in 2019. 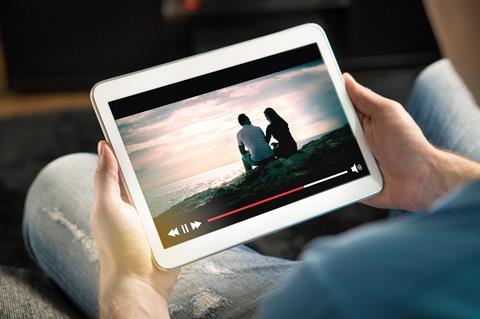 Talk to producers, and you’ll hear reports that their traditional broadcaster clients are increasingly fearful about the future – the word is of diminishing budgets, anxious commissioning, frets about falling ratings and a lack of risk taking.

Traditional free to air broadcasters, of course, have had their businesses hugely disrupted by digital players: from streamers such as Netflix and Amazon, video platforms like YouTube, and social media sites like Netflix, Snapchat and Instagram.

Last year, for example, the BBC admitted that young people spent more time watching Netflix than all of its BBC TV services each week.

European broadcasters have been particularly alarmed by the growth of Netflix, which is spending close to $1bn on original productions across the continent this year. With a total reported spend of $15bn on content in 2019, the streamer is investing heavily to win subscribers – of which is has nearly 150 million globally.

And the competition looks as if it is only going to become more intense. Starting later this year, a swathe of new subscription streaming platforms (SVODs) are set to launch from the likes of Apple, Disney and WarnerMedia. All have been investing heavily in an array of shows for their new services. Disney, for example, expects to spend $1 billion in cash on original programming soley for its Disney+ service, rising to around $2.5 billion by 2024.

Another threat is starting to come from the growing number and popularity of advertiser funded streaming services (AVODs), such as Pluto TV and Tubi, which compete not only for viewers with traditional broadcasters but also for crucial advertising revenues.

With such profound changes in the broadcasting landscape, what is the future for traditional broadcasters – can free to air players with fixed schedules adapt to a world where viewers can watch whatever they want, whenever they want?

The surprising answer is, that, yes they can. But only if they take the fight to the new competition.

Despite all the publicity that well-funded like streamers attract, it’s worth remembering that linear broadcasting still remains the most popular way for consumers to view content.

According to Ofcom, viewers watch an average of 5 hours and 1 minute of video content per day in the UK. YouTube averages almost half an hour per day, while SVoD stands at 18 minutes. However, 71% of this originated from broadcast TV and 58% was watched live on the TV set.

“Linear TV viewership is obviously heading in the wrong direction, but there will always be an audience and purpose for that sort of television.” Tom Harrington, Enders Analysis

Guy Bisson, research director at Ampere Analysis, says there is clearly a future for linear broadcasters “if you are talking 5 years, 10 years, 15 years, and probably 20 years. Beyond that, it is anyone’s guess. Certainly the business is being challenged by streaming and nonlinear delivery, but it is always important to say that the majority of viewing is still linear.”

Enders Analysis senior research analyst Tom Harrington adds: “Linear TV viewership is obviously heading in the wrong direction, but there will always be an audience and purpose for that sort of television.” 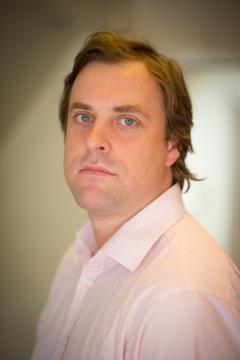 Bisson says that linear broadcasters have faced huge threats to their dominance before, most notably during the transition to digital in the 1990s when a limited number of channels were joined by hundreds of newcomers.

“The same questions were probably posed when we went from five channels to 500. It is no different, we are just shifting the way that people receive their television.”

He argues that even if the industry transitions to an entirely streaming environment, there is not going to be one single streaming provider. “The suggestion, which is quite prevalent in what you read, that Netflix can single-handedly take over entire TV landscape singlehandedly linear channels is just ridiculous.

“The fact is that we are perfectly happy navigating Sky with 300 channels, but we don’t watch them all. We probably watch 10-15 of them on fairly regular basis. So to have 10-30 plus SVOD services – I don’t think will be that odd in 20 years’ time.”

“The same questions were probably posed when we went from five channels to 500. It is no different, we are just shifting the way that people receive their television.” Guy Bisson, Ampere Analysis

Bisson warns, however, that linear broadcasters cannot sit passively by, but must look to address the threats they are facing and “fight fire with fire.”

His recipe for linear broadcaster success is as follows: “Ensure they are on all platforms, have a streaming platform of their own, and leverage the advantages which they have which are: access to local often very high end content in the case of the public service broadcaster, strong brands, and a very diverse audience of not just millennials and young people, but children through to 60 plus year olds.”

Many broadcasters are already taking such action to counter the threat from the US streamers. In the UK, the BBC and Channel 4 have recently struck deals with Ofcom and producers respectively to exploit the rights to their shows more effectively on their catch up services, BBC iPlayer and All4. This will allow viewers to binge-watch box sets for longer rather than shows disappearing after a short period. ITV is also in talks with BBC about the launch of a joint venture streaming platform, BritBox.

Enders Analysis’ Tom Harrington notes: “The broadcasters are working hard in their VOD services - iPlayer had a win with Ofcom and more boxsets will change the perception and style of use of the service. Channel 4 have struck a new Terms of Trade deal which will help in a similar way. ITV lags, but although BritBox is easy to pick on it is a space that ITV needs to be in and the modesty of the endeavour is prudent - that being said, there’s a lack of a clear agreement yet with the BBC, who will have a lot of leverage in negotiations given the need for its content and its higher priorities such as UKTV and iPlayer.” 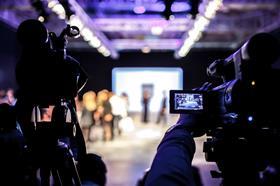 In Germany, meanwhile, broadcaster ProSiebenSat.1 Media last month launched its own streaming joint venture with Discovery, called Joyn. It’s a key plank of the broadcaster’s plan to turn around its fortunes as it battles weak advertising on its commercial channels and digital platforms like Netflix luring away younger viewers. Joyn will be funded by advertising at first, and will host around 50 channels. These include public broadcaster ARD and Discovery’s Eurosport, with many already available on cable in Germany. The premium version of Joyn is expected to go live in the winter, and would put ProSieben head to head with Netflix and Amazon Prime on subscription video-on-demand.

French broadcasters TF1, France Télévisions and M6 have also joined forces to launch their own joint-venture streaming SVOD platform, Salto, to take on Netflix. However, the platform, which was announced in June 2018, has so far been held up for regulatory reasons.

Harrington notes the challenges for broadcasters trying to manage the movement of viewing from linear to VOD, citing the budgets available to the streamers like Netflix and the fact that these competitors don’t have legacy broadcast businesses to worry about.

On the plus side, Bisson says that the streaming revolution itself gives traditional broadcasters the opportunity to explore new business models. “Free to air players can explore subscription video on demand – BritBox is a classic example, and ITV Hub+ is another. All offer new revenue streams.”

As long as linear broadcasters don’t just stand still, it really does seem as if there’s a future out there for them.

Interested in broadcast production? Find out more in the Is there a future for linear broadcasters? Lounge Talk at IBC2019.