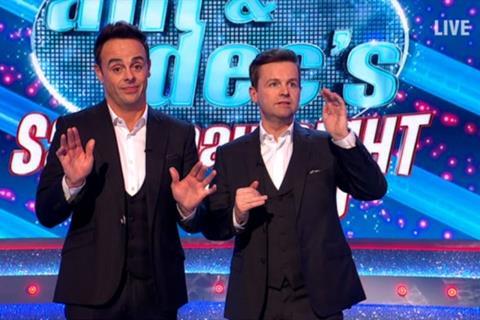 UK broadcaster ITV has announced its plans to cut its programming budget by at least £100 million as it aims to manage the impact of coronavirus on suspended productions.

ITV has outlined the steps it is taking to protect its business from the effect of coronavirus with the impact manifesting on its two key sources of revenues - both the production and advertising arms.

ITV chief executive Carolyn McCall told investors in an update today that the company is operating in “unprecedented and uncertain times” which have required it to make quick and difficult decisions about the future.

McCall explained it has made the cuts after it “reviewed our programming spend in light of the weaker advertising environment,” and confirmed that at least £100 million is being cut from programming.

She added: “This reflects savings from sport including the postponement of Euro 2020, the late delivery of commissioned programming and active decisions to reduce our spend. We have also taken steps to reduce discretionary spending by £20 million in 2020.”

In separate statements, the broadcaster has confirmed that its long-running TV series including Emmerdale and Coronation Street will be suspended immediately. However they will continue to air for the coming weeks with its previously filmed content.

ITV added: “We’ve been doing our best to carry on filming, whilst adhering to the Government’s latest health guidelines, to ensure we’ve episodes of both soaps airing on ITV until at least the early summer.

“However, the health and well-being of the production teams, actors, crew and their families is of paramount importance to us and we now feel that the time has come to stop filming.”

As well, its daytime TV programmes Lorraine and Loose Woman have stop broadcasting live from today.

ITV said: “This decision has been made to minimise the number of staff travelling in and out of our studios and working together on shift at any one time.

“We’re focusing our efforts on providing to viewers the latest news on the rapidly changing situation which aims to offer some stability and continuity in all our lives whilst so many of us are at home right now.

“That’s why we have taken this tough decision to protect our GMB News programme in the morning and keep This Morning on air for as long as possible.”

As of today, ITV will be running an extended version of Good Morning Britain from 6:00 until 10:00am. At 9:00 Lorraine Kelly – who hosts Lorraine - will join Piers Morgan in the GMB studio for the last hour and then hand straight over to the This Morning studio with Phillip Schofield and Holly Willoughby as usual running from 10:00 until 12:30. It will then run some of its favourite repeat episodes of Loose Women from 12.30 to 1.30.

The broadcaster added: “Safeguarding the well-being of everyone involved with our programmes is our priority and in this dynamically developing situation we will obviously continue to review these new arrangements on a day by day basis and follow at all times the latest PHE and WHO guidelines.”

According to Deadline, ITV’s share price dropped nearly 10% this morning to 56.98p and is heading towards some of its lowest levels in a decade.

Silver lining
ITV added: “We expect to benefit from an additional offset due to increased demand for library sales. As a leading global distributor, we are well placed to deliver this, with a high quality library and strong relationships with broadcasters and platform owners.

“Demand for quality content remains strong and therefore we continue to work on our development slate and we are ready to resume production as soon as we are able.

“As one of the largest international producers of unscripted content which has a shorter lead time, we will be able to ramp up production quickly.”

During ITV’s Saturday night programming of Ant & Dec’s Saturday Night Takeaway it had its biggest audience ever with an average viewership of 9.5 million households tuning in, and accounts for almost half of all TV viewers – 45%.

ITV said: “This is the biggest overnight audience on any channel so far in 2020.”

During the programme, Ant and Dec relaunched ITV’s Mental Health Campaign in response to the coronavirus outbreak.

The pair acknowledge that more of the public will be apart from family and friends and isolated than any other time, recognising the difficult nature of the UK lockdown.

The episode, which was broadcast without a studio audience, saw the duo addressing the importance of socialising and talking to others and urged viewers to “share a message with the nation,” using the hashtag #BritainGetTalking.

“Britain has never needed to connect more, and through Britain Get Talking we want to use ITV to help people feel good, talk more and establish a feeling of unity through these challenging and unprecedented times.

“Hearing someone’s voice is a proven means of decreasing anxiety and stress so we want to encourage more talking and more connecting.”