Quick thinking, innovative formats, streamlined solutions and vendor support have helped an impressive array of live event productions to proceed successfully despite the unwelcome challenges of 2020. 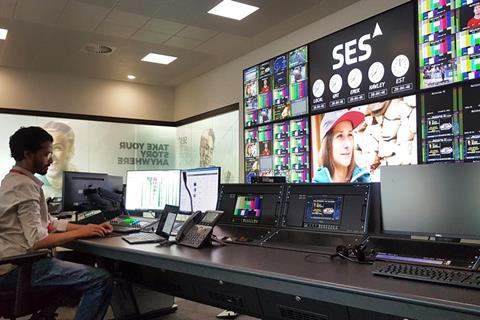 When the definitive broadcasting history of 2020 is written, it is likely to reveal an intricate web of interlocking factors – some new and unexpected, others having been in motion for several years. But arguably the main takeaway will be the fact that the pandemic occurred at precisely the moment when newer technologies and techniques – chiefly remote and at-home production, cloud workflows and live streaming – had reached a level of maturity that allowed live productions to proceed in a manner that would have been significantly more problematic just a few years previously.

He observes that “there were already a lot of changes to live broadcast workflows that were effectively sped up during the pandemic.” Citing, in particular, the steps taken across the industry to “leverage more live content” and the role that cloud technologies can play in efficient production, he asserts that “there is no going back. There has been a lot of remarkable innovation, and it will now be a matter of people taking what they have done and fine-tuning it.”

There is no doubt that remote production and cloud technology companies have had a robust 2020 – but there has also been a strong performance by service providers who have been in a position to help broadcasters achieve quick and sometimes dramatic alterations to their workflows for live production. The smart money is on many of these being incorporated into more formalised solutions as we head into 2021.

“There were already a lot of changes to live broadcast workflows that were effectively sped up during the pandemic,” Fintan McKiernan

Simplifying live
Satellite and content connectivity solutions provider SES can attest to the ‘perfect storm’ conditions that sometimes help a new solution to achieve traction. Both the need to “increase efficiencies and speed up the distribution” of live broadcast to different outlets, and “quickly ramp up” production once the first wave of national lockdowns had subsided, made this autumn an ideal time to debut a new addition to the SES 360 ecosystem – SES IP Switch. 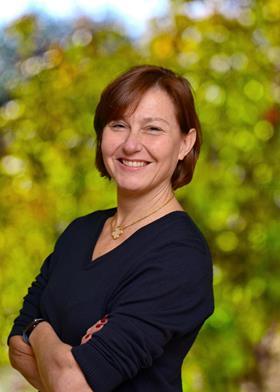 Inspired by the success of a platform launched a few years ago with the AFP news agency, SES IP Switch is designed to complement broadcasters’ existing methods of satellite distribution, fiber connectivity, redundancy or proprietary distribution. It provides a hybrid-cloud-based and on-premise service platform for the routing and delivery of low-latency, secure and reliable video streams for broadcast contribution, production and distribution to takers.

Susanna Mandel-Mantello, VP & head of sales, Sports & Events at SES Video, confirms that 2020 has underlined the continued “enhancement of OTT delivery, and the fact that there are now so many ways of distributing content – with all the opportunities that brings for technology and service providers, including ourselves. From our perspective, it’s more a matter of recognising the growth in demand for live content and determining the [most appropriate methods] of delivering it – we don’t really distinguish whether it’s from an OTT or a linear provider.”

As part of its drive towards “further simplification” of live workflows, SES also unveiled a new full-service sports and events facility in Stockley Park, NW London, in September. With a particular emphasis on sports, the video services offered at the new facility include content management activities such as clipping and editing, audio dubbing and titling, archiving of content, and ‘retrieval to channel playout’ services to multiple platforms.

For Ideal Live, the ability to support live productions during the pandemic has been characterised by “determining the right approaches in each case, and then having the discreet devices and solutions” to enable them to proceed successfully, indicates McKiernan.

The implementation of IP and cloud technologies had already helped the company to realise greater efficiencies, while the adoption of more multi-function solutions – a Streamstar all-in-one multi-camera, live production streaming system being a notable example – has “meant that we often have less equipment to send out” for OBs. 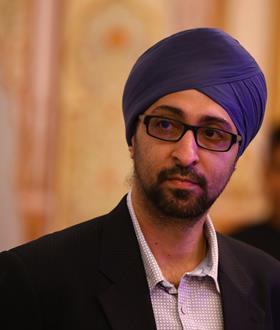 Ideal Systems director of technology Updesh Singh also points to the challenge of “producing live coverage of multiple and often concurrent events”, including for the Malaysian Football League. This has led to the development of lightweight flyaway kits that can be delivered to stadiums and set up ready for broadcast within 90 minutes. Specific systems incorporated into the flyaways include Dejero EnGo mobile transmitters to provide connectivity to the cloud. EnGo utilises Smart Blending Technology, which simultaneously aggregates diverse wired and wireless IP connections from multiple sources to form a virtual “network of networks”, enhancing connection path reliability and delivering greater bandwidth.

Echoing the widespread view that so many of the innovations seen this year “certainly won’t be dispensed with when the vaccines come out”, Singh also voices the prediction that the greatest “flexibility promised by IP [including for live production] will be delivered in the cloud. There have been a lot of improvements in terms of reducing latency and improving other elements in the cloud, and so I think we will actually see a massive uptake in cloud-based technologies in 2021.” 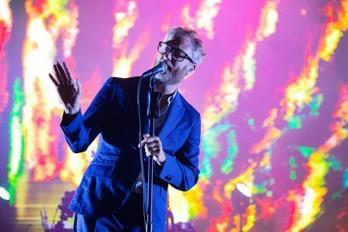 Rippla: Worked on high profile events with The National  to help artists share their music around the globe

Appetite for experiments
As a company formed just four years ago, and for whom several of its highest-profile projects to date took place not long before the pandemic, live music streaming and production company rippla.tv has been well-placed to comment on what it takes to keep live content happening in a time of deep uncertainty.

Developed to help artists share their music around the globe – especially in regions or countries less frequented by international touring acts – rippla.tv has worked on high-profile events with acts including The National, Keane and Mumford & Sons.

But whilst the industry did “temporarily come to a halt” when the first lockdowns struck, it has been live music – along with comedy – that has arguably adjusted most effectively to the new reality. 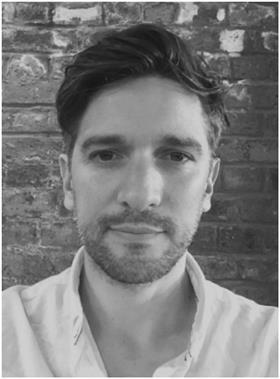 As rippla.tv founder Wayne Yardley observes, “there has ultimately been a desire to experiment as much as possible, and that’s been very encouraging. So at the initial outset you saw a lot of musicians looking to connect with their fans in a very direct and lo-fi way, but over time you have seen more ambitious [productions taking place].”

Nick Cave’s solo concert in the cavernous environs of London’s Alexandra Palace, filmed in July, is a case in point.

Initially intended as a one-time-only streaming experience, the event’s acclaim was such that it led to a limited theatrical run and a full commercial release in all the typical formats. Post-pandemic, this kind of innovation is likely to continue, with Yardley anticipating that service providers will be “working with artists and music management on adventurous programming” that combines both existing approaches and some of those to have crystallised during the pandemic.

In terms of rippla.tv’s own activities, a partnership with The Crypt – a recording studio in Crouch End – has allowed the company to offer streaming productions from multiple rooms which comply with social distancing guidelines. Yardley expects further exploration of this approach in the future, and is also excited by the potential of UHD, AR/MR/VR – and 5G.

“We are looking at the potential of having artists play together in separate spaces, and [in terms of audio] that would clearly be very low latency-driven. The 5G element for that would be to take the idea and make it possible over distance,” says Yardley, who expects “continued crossover” between different approaches and technologies as we progress towards a future “more defined by a universal channel idea in which you are delivering content online or offline.”

Scalability and flexibility
Video delivery company Harmonic has also been closely monitoring the evolution of streaming and other aspects of live production throughout this unprecedented year.

“There has ultimately been a desire to experiment as much as possible, and that’s been very encouraging,” Wayne Yardley, rippla.tv

Eric Gallier, VP video customer solutions, observes “two primary use cases. One involves on-premise workflows where the whole infrastructure is IP, and specifically ST 2110, based, with [the OTT element] enabled by a pool of live production servers that [route content] through a compression system and then onto delivery to the customer. This allows for a great deal of scalability and flexibility. Then there is also a model whereby everything is put into the cloud” – including live or file transcoding as well as real-time CDN selection.

The latter impulse is very much at the heart of Harmonic’s VOS360 Live Streaming Platform, which Gallier confirms has continued to enjoy growing adoption during 2020.

Designed to “streamline and unify” end-to-end workflows, VOS360 allows users to optimise their live video delivery to enhance experiences with flexible and real-time scaling that handles peak viewing. It is also cloud-agnostic, making it possible to run the platform on public cloud structures globally.

This seems entirely apt as the need for solutions that can run in different environments with equal effectiveness has been underlined throughout 2020. Habitually backed up by 24/7 support, vendors have overwhelmingly done a sterling job in keeping the ‘live show on the road’ for content creators worldwide.

The fact that so much live production has continued – and that live sports, in particular, has been able to ramp up again so quickly after lockdown – is a testament to these often-symbiotic relationships.

Now the challenge will be to see how these workflows can be further optimised to ensure they are even more cost- and tech-efficient given that the current practical and financial pressures on broadcasters are unlikely to disappear any time soon.