Keeping sport on TV during lockdown

Effective technologies to support increased remote and at-home production continue to be of critical importance as sports broadcasters negotiate a second wave of lockdowns. 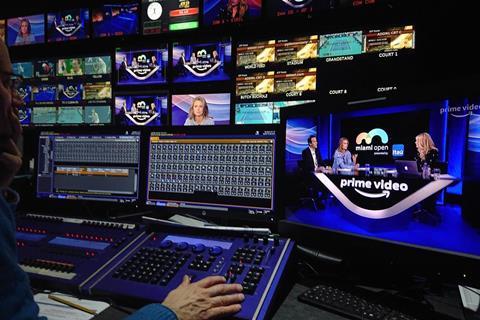 When national lockdowns started to be imposed in March 2020, the result was that broadcast sports production faced an abrupt cessation of activities without parallel since the Second World War.

It was more than two months before professional sports began to resume, but in an often dramatically altered fashion that has required producers to review every facet of their workflows and procedures for each discipline in turn.

“Starting with horse racing, and then with every other sport that has come back, we have gone through an extensive process of planning how we need to do things in light of Covid-19, and what that means for our technical resources and our personnel,” says Roger Pearce, technical director, ITV Sport.

“It’s a process that really began on lockdown and it’s still going on now” – especially, one might add, with lockdown returning in the UK for at least four weeks from November 5.

As expected, remote and at-home production have been utilised more than ever before during the pandemic, with presenter/commentator contributions from home and smaller production teams helping broadcasters to comply with government guidelines and minimise the risk of multiple infections.

Technologically, it has had significant implications too: while accessible web platforms such as Zoom and Microsoft Teams have often been primary enablers of remote contributions, variable mobile and domestic internet access has meant that latency and drop-outs have been perennial concerns.

Increased risk
Invited to consider a solution or technology that has proven especially invaluable during the pandemic, Pearce nominates the Secure Reliable Transport (SRT) protocol for low-latency video across the public internet. 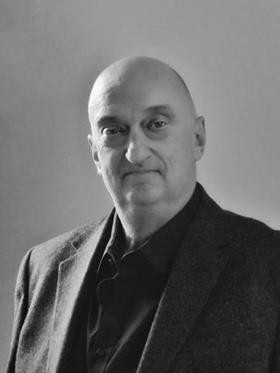 “All of our regular OB and studio suppliers have sorted most of the kit to operate via SRT, and that is becoming the norm; as long as you have reasonable internet in the first place, it works fine.”

Pearce would be the first to admit, however, that extensive home-working is not ideal – especially in terms of the impact it can have on the coordination between presenters and production teams. Hence, as much as possible since the first lockdown ended, “we have gradually been returning to [more familiar ways of working], albeit with changes to maintain 2m distancing and so on.”

For horse-racing productions, to pick one example, social distancing has necessitated the use of a second OB vehicle, with operations split between the two trucks. It’s also been vital to crew productions in such a way that – if a team member has to drop out due to a positive Covid-19 test – their workload can be covered.

Fortunately, whilst some personnel have been temporarily out of the picture for this reason, “we have not yet faced the worst-case scenario in which an entire production team has had to be replaced.”

Switching between galleries “in a matter of minutes” is just one requirement that has become more habitual during the pandemic. And whilst it has largely been a case of ‘so far, so good’, Pearce confirms that a heightened risk-factor is certain to remain a reality for a long time to come: “You do have to accept that there is an increased risk of something going wrong, and that has to be conveyed to the broadcaster or whoever you are delivering to.”

“All of our regular OB and studio suppliers have sorted most of the kit to operate via SRT, and that is becoming the norm; as long as you have reasonable internet in the first place, it works fine,” Roger Pearce, ITV Sport

More studio-centric sports productions have also been obliged to ring the changes. Dock10’s studio complex at MediaCityUK in Salford is home to the VR studio used for Match of the Day, Match of the Day 2, Football Focus and Final Score. Among dock10’s regulars, explains dock10 technology operations manager Darren Jones, these audience-less shows “were the first ones to start up again, but with social distancing measures obviously having an impact. So, in addition to putting screens in place, we have a reduced number of people in each gallery and are operating multiple galleries [for each live production] around the building to maintain the distancing.”

Skilful organisation of people and resources has undoubtedly played a part, but Jones does not understate the importance of the site’s comprehensive fibre network infrastructure. “The connectivity and modern design of the site have meant that we can have people working pretty much anywhere in the building as required,” he confirms. “We have also been able to carry out a lot of post-production remotely with people based at home, so that aspect of our work has been able to carry on effectively as well.” 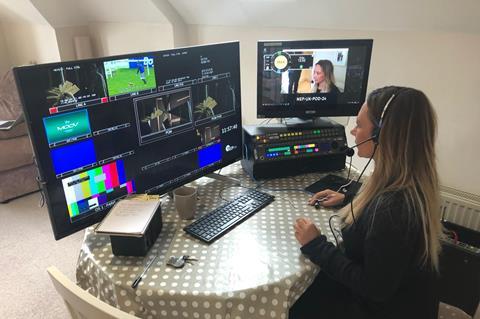 ITV Racing: Remote and at-home production has been utilised

Editing anywhere
On the vendor side there is a general recognition that the pandemic has reinforced he need for solutions that can support flexible workflows, including at-home production and editing. In particular, the ability to access lower-res versions of content has been especially important during the pandemic with broadcasters looking to service multiple channels and outlets with reduced teams.

“Through its capabilities to continuously record all aired content, easily search across a large archive and make it available through a standard web browser, users of the system are able to quickly locate game highlights,” says Mediaproxy CEO Erik Otto.

“These can then be edited and immediately published to social media platforms like Facebook, Twitter and YouTube, ensuring the quickest possible turnaround. Our LogServer [logging solution] also records at mezzanine broadcast resolutions, which enables workflows for quickly assembling promos and highlights during games. These can then be used for re-broadcasting or retrospective publishing to websites.” 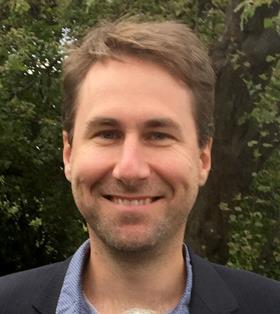 Otto also highlights Mediaproxy toolsets for “low latency multiviewing that can be employed to run on standard PC laptops tracking either multiple channels or cameras during production. These tools can be used for remote workflows where production staff are working from a home office with lower bandwidth connections.”

Optimisation of IP technology is also proving integral to the success of Densitron’s range of software and hardware products in sports production. For instance, says global business development director Reuben Such, the Intelligent Display Systems (IDS) platform is not restricted to physical deployments. In many ways “IDS complements the requirement for live sports to be referenced and produced in the field. Through the agile design of IDS we can assist in the delivery of applications for live events, allowing outside broadcasts to be run efficiently. [That is applicable] whether it is a matter of providing tally and timing information, remote camera and lighting control, or even just dynamic signage.”

Taking all possible steps to ensure that live event productions run as smoothly – and safely – as possible has evidently been a top priority for broadcasters throughout the year of Covid-19.

There is no doubt that the occurrence of an event of this magnitude before the advent of robust, high-speed internet and mobile connectivity would have provided a whole other level of challenge. But even so, it’s a testament to the forward-thinking of producers and the agility of modern workflows that sports production has been able to continue at such a high level despite the many obstacles that the pandemic has presented.