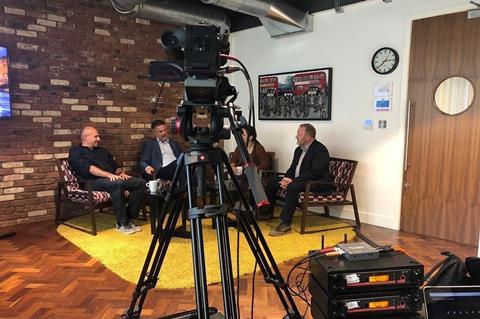 There isn’t necessarily any right or wrong way of approaching live content streaming, and as such production workflows can vary substantially. But whatever the type of content, viewers tend to expect that the quality be comparable to that of standard linear broadcast content. Meanwhile, the cameras, encoders and capture devices used for streaming must be as simple and reliable to use as possible.

Those are the overriding impressions from speaking to vendors and service providers for this overview of live streaming. It depicts a sector in robust creative and commercial health, and one that is looking to the future with considerable enthusiasm.

London-based Streaming Tank was one of the first dedicated video production and live streaming companies, initially making its mark in the mid-2000s with music-oriented projects for artists including The Who and Sandi Thom. Since then, says founder and CEO James Wilkinson, Streaming Tank has covered “everything from film premieres and fashion shows” to auxiliary content for broadcasters – or as he describes it, “the stuff around the edges”.

Being able to respond to a wide variety of requests “with streaming solutions that are attractively priced” and can be easily integrated to different social media platforms is vital in a market that has become “significantly more competitive”. Accordingly, the company maintains an inventory of cutting-edge technology to support an array of project types, including portable LiveU units for bonded uplinks and AWS Elemental for broadcast-quality encoding.

‘Broadcast grade’ video streams
There are several distinct strands to the current live streaming boom. On the one hand there are existing broadcasters wishing to implement permanent live streaming services, sometimes as a way of experimenting with technologies such as 4K/UHD, HDR and immersive audio. Then there are the temporary services that may be created – by broadcasters, rights holders or event producers – to support specific one-off events or tournaments (and there is no doubt that sports is a big driver of present expansion). In addition, there are many individual users and small groups – who may have limited resources in terms of both equipment and trained personnel – who are looking to optimise the quality of their live streams. 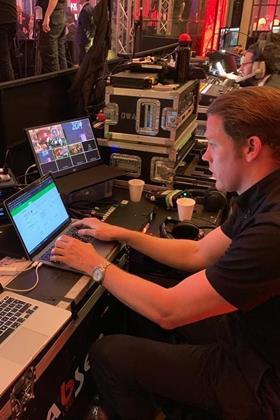 One of the first: Streaming Tank

Datavideo’s range of products for streaming includes the NVS series of encoders that can encode and stream to all major platforms, among them those supporting RTMPS for steady encryption. Managing director Johan Lieffers observes that “we see a large growing group of people demanding broadcast grade video without them [necessarily] being the highly skilled video technicians of the older days. If we look at the highest grossing YouTube channels then some of them are individuals with billions of views that just want to have high-end live video while maintaining the ease of use of consumer products they are so familiar with.”

But whilst the ability to stream to major online platforms is a key driver of growth, it cannot be allowed to dictate the whole direction of R&D. As Lieffers observes, “the danger of developing specifically for social media platforms is that they can suddenly stop supporting major protocols like RTMP(S) or RTSP in favour of something they developed themselves. This is a substantial risk that poses a threat to manufacturers.” For Datavideo, the answer is to aim “to support as many protocols as possible to ensure current and future compatibility with all the major networks”.

Blackmagic Design is one of the companies generally credited with helping to instigate the greater emancipation of live streaming. According to channel marketing director Simon Westland, creators now “expect the speed of connecting to platforms such as Facebook Live from a mobile device, but with all the enhanced production values and reliability that are possible using professional video hardware. However, the level of technical understanding and capability varies, and so removing any unnecessary cost and complexity that might hinder that speed-to-air is a necessity.”

Bearing that in mind, Blackmagic Design’s Blackmagic Web Presenter unit allows content creators “to work with better quality cameras and other video sources, just as they would if using a webcam when delivering to popular streaming platforms such as YouTube, Facebook and Twitch.”

“The danger of developing specifically for social media platforms is that they can suddenly stop supporting major protocols like RTMP(S) or RTSP in favour of something they developed themselves.”Johan Lieffers, Datavideo 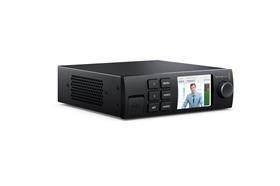 With capability as a basic two-input switcher, the Blackmagic Web Presenter can take an SD, HD or Ultra HD video source via HDMI or SDI, and convert that to a stream-friendly 720 HD signal, which the streaming computer would treat as a single webcam. “If for whatever reason the internet connection slows, the hardware will recognise this and reduce the frame rate instead of allowing the stream to drop out altogether,” says Westland.

More for less
For NewTek, explains product marketing manager Matt Allard, one of the primary objectives is to enable “creators of all types to tell and deliver their stories” as the distribution of digital media content through streaming continues to rise dramatically. In terms of multi-faceted live production solutions made by NewTek, this translates to systems that are carefully priced and accessible to users with different skill-sets, and which can be live-streamed to multiple platforms.

Hence the recent addition to the TriCaster range of the TriCaster TC410 Plus, described as a “low cost, entry-level offering that includes streaming live to a choice of platforms with presets for Facebook Live, Microsoft Azure, Periscope, Twitch, YouTube Live, and more. It handles up to eight inputs and supports all features of Premium Access,” which is a software subscription of additional production tools for TriCaster systems.

Creating more for less will continue to inform the development of streaming. “Because of the pressures to create greater quantities of content, media professionals need to do more at a lower cost per programme or project, says Allard. “The increasing capabilities of software, computers and networks are enabling more powerful storytelling at lower price points, which coincides with core NewTek beliefs.”

‘One-touch configurations’
There is a general view that expectations of social media integration will become more exacting as the content production cycle intensifies. “With the sheer quantity of content needed, production systems with streaming require one-touch configurations for the formatting and packaging requirements of multiple platforms. Not only is there more need to deliver video content to mobile devices such as smartphones, systems have to manage video coming from smartphones as well. So being able to produce for screens with formats such as vertical video is crucial,” says Allard.

At the same time, observes Streaming Tank’s James Wilkinson, there is burgeoning demand for “real-time analytics” that allow content creators to “see what’s going on on YouTube, Facebook and other sites. Having access to this kind of detailed information through a single dashboard helps in the process of content curation and in determining what is working and what is not.”

This requirement will become more acute as the volume and diversity of content and platforms increases. Meanwhile, there is every indication that streaming is in the process of realising its inherent potential of becoming a truly global business. As Wilkinson remarks, territories such as China, India and Korea could become highly dynamic for live streaming: “There are definitely huge opportunities there, and it will be fascinating to see how those markets develop over the next few year