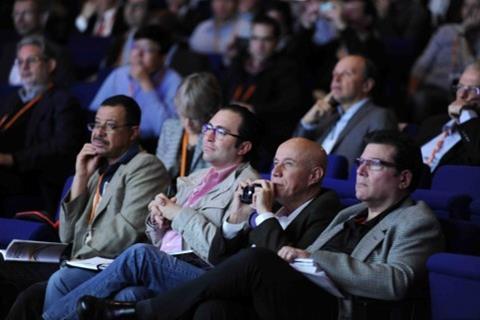 Generation Z viewers are more demanding and clearer on what they want from content, with less loyalty to individual brands or platforms than previous generations.

That was the view expressed during a contentious panel session at IBC2019 entitled ’Understanding the consumption habits of Gen Z’.

Gen Z, which is defined as those born between 1996 and 2010 spend an average of just over three hours a day per person watching videos online, making them a key target market for broadcasters.

During the panel, which was chaired by IBC365 staff writer Alana Foster, speakers from The Hook Group, Beano Studios, The Goat Agency and Cheil UK, looked at the challenges of engaging with Gen Z.

According to Beano chief digital officer Martin Ashplant, Gen Z are in many ways more expectant than previous generations. He said: “They know what they want to see and if the content does not provide that, they won’t go for it and will find something else. They have an expectation.”

According to Cheil UK head of social Laura Gibson, the core question around creating content for Gen Z is understanding what matters to the audience. “But this generation is so used to being able to get access to rich and authentic content easily, which makes authenticity even more important.”

Andy Fiddler, co-founder and partner of The Hook Group, disagreed with Gibson, saying this trait – of wanting authentic content and rejecting content that doesn’t fit – is not unique to generation Z.

“Each generation, no matter what platform it is on, sees brands finding a way to get to the user, but eventually they see through this and move on. But each generation seems to get wiser to this so you do have to be authentic. But looking at Gen Z as some magic, hard to reach generation is wrong – it’s just the values are different as they are aware of the current advertising models.”

Generation Alpha – which follows Gen Z and is made up of those born from 2010 onwards – is the first generation of “digital masters” said Ashplant. “They were the first generation where digital isn’t a shiny new thing for them, it is just a part of their life, and that is something the media industry needs to understand.”

Now, generations of kids are moving in cycles of a few years, with TikTok set to become the next big platform, according to Shepherd.

TikTok – a social media app launched in 2017 which allows sharing of short-form videos - currently has around 600 million users and is expected to cross the billion mark in the coming years. But, according to Shepherd, it doesn’t offer a full backend ad platform which makes it harder to measure success.

Gibson said the Gen Z audience wants to show they can be creative, so apps with tools that are in-built are seeing growing prominence.