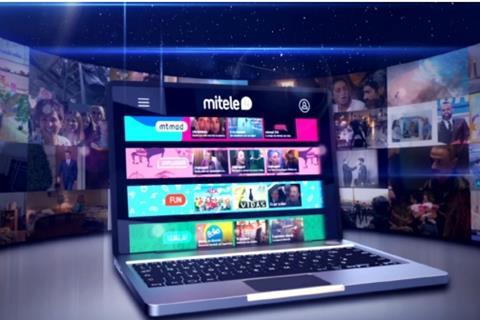 Mediaset has unveiled a new subscription streaming video on-demand service in a move to rival Netflix and Amazon.

Mediaset Spain has unveiled moves into the pay-TV market with the launch og its streaming video on-demand (SVOD) service, Mitele Plus.

The company confirmed it will begin phase one of its launch next Monday, 22 July debuting the service for €2.5 per month or €25 for annual access.

In a statement the company said: “A subscription platform to enjoy without interruption the entire offer of the current Mitele, to which new products and exclusive contents will be progressively incorporated.”

Audiences will be able to access to the Plus subscription through the Mitele app from laptops, tablets, mobile phones and Smart TVs in the near future, with all the content accessible live or on demand, without any type of commercial subscription.

Mediaset Spain added: “With the birth of Mitele Plus, Mediaset España inaugurates a new stage of commercial television in our country, offering in this first phase a content free of interruptions that supposes the starting point of the development of an ambitious plan of digital transformation that will reinforce the television as a leading medium.”

Since 2017, Mediaset Spain has been working with MediasetData, a multidisciplinary firm composed of technologists, content heads and digital commercial departments in a series of projects based on big data and artificial intelligence for the creation of new personalised communication formulas and segmented data for the SVOD service.

The new venture, Media For Europe (MFE) will see entire control over Mediaset SpA and Mediaset España as well as the recently-acquired 9.6% stake in ProSiebenSat1.

On the development of the operation, Mediaset chief executive Pier Silvio Berlusconi had announced its wider plans to invest in new platforms as an “modern broadcaster” today must diversify.

He said the aim is to “develop a platform at the level of those of the global operators and all of the technology required for the advertising of the future.”

The launch of Mitele Plus is timely and comes as no surprise after a recent survey by IAB Spain highlighted that the number of Netflix customers in Spain could be significantly higher than previously reported.

Netflix doesn’t break down its subscriber figures country by country, so the best estimation for its user base in Spain has been competition regulator CNMC’s 1.5 million figure.

However, according to the IAB survey from last month, it suggested that around 25% of Spaniards aged 16-65 have access to Netflix which equates to around 6 million.

Netflix has also invested in Spanish original series to boost its service, including Elite and Chicas del Cable.