Legendary media group MGM has become one of the first major customers of the Eluvio Content Fabric, which bypasses the need for traditional CDNs. 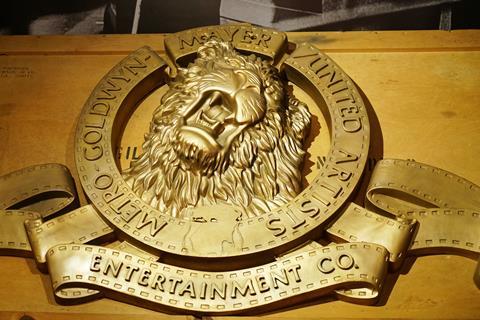 MGM Studios: One of the first to deploy Eluvio Content Fabric

MGM Studios has been announced as one of Eluvio’s initial customers in a deployment that has expanded significantly over the course of the summer.

Formally introduced by CEO Michelle Munson at IBC 2019, Eluvio Content Fabric bypasses the need for a traditional content delivery network (CDN) by providing a global software overlay network that enables just-time-video distribution directly from the source, whether stream or file.

In the case of MGM Studios, the iconic company is using the Content Fabric for global streaming to web, mobile and TV everywhere audiences of ‘certain properties’, encompassing transcoding, multi-format encryption and DRM, access control and audience reporting. As a result, it now forms a major part of the company’s evolving ‘next-gen’ supply chain.

“We have had a really good response from MGM Studios,” says Munson, “and in fact, their use of Content Fabric has expanded over the course of the summer. They have deeply engaged with it across their supply chain for distribution of a variety of content.”

Jim Crosby, senior vice-president, digital at MGM Studios, confirms that its usage of the Eluvio solution has evolved, noting that the deployment “started as an experiment to test this promising new technology, and it has exceeded expectations. It has delivered ultra-fast video loading, high-quality playback, and a cost-efficient solution eliminating separate aggregation, transcoding and CDN services – and with its blockchain, provides us with the ability to transact business directly on the content. We look forward to more to come with Eluvio.”

Strong contender for success
The fact that Eluvio has already started to pick up some major customers is not surprising given its innovative operational model – namely, to allow content owners to manage and distribute premium, live and on-demand video to consumers and business partners without using CDNs – and the pedigree of its founders. Eluvio was established by Munson and lead developer Serban Simu, best-known as the founders of Aspera – which was acquired by IBM in 2013 – and inventors of the FASP fast file transport protocol. 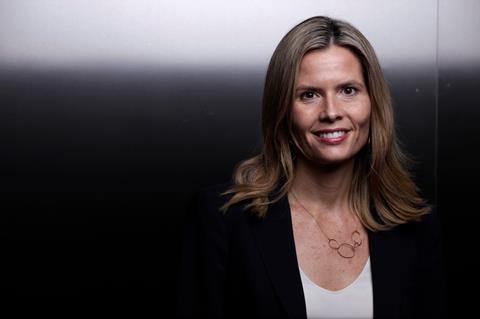 Over the last two years, they have pursued their vision of a platform that eliminates costs associated with CDNs and enables efficient insertion of content (such as advertising) as well as advanced personalisation. Along the way, they have assembled a team of more than 20 engineers whose range of expertise Munson believes to be unique in this part of the industry.

“We started out in an incubator before eventually buying our own offices,” she says. “We worked on this from the ground up, developing every piece of the technology. As a consequence, we have gathered a really interesting mix of people, [encompassing specialities] in distributed systems, high-performance application software, cryptography, blockchain and machine learning. It’s pretty unusual, I think, to have that kind of combination.”

Of the resulting Content Fabric solution, Munson highlights several primary advantages. These include the ability of direct distribution from the source to eliminate the creation of additional copies of files used in distribution networks or storage facilities. This is achieved by using a “novel representation” of media and data protocol implemented in a blockchain network to establish a direct-to-consumer media distribution platform.

Munson also believes it will be possible to introduce new services more quickly and cost-effectively as the video production ecosystem grows in size and diversity. In addition to “opening publishers to more direct monetisation opportunities”, there will be scope for “reducing costs by minimising core bandwidth and storage, and radically streamlining the traditional media distribution workflow,” she says.

Maintaining low latency
Content Fabric also facilitates an AV pipeline that transcodes, packages and delivers live and on-demand 4K video in real-time. Content is routed in the overlay network in such a way as to optimise the client experience. “For live broadcasts,” says Munson, “it delivers video globally with less than 3 seconds latency from the start of ingest of the origin stream to the player. And for on-demand streaming, the time to first byte happens in a few hundred milliseconds”, with playback occurring at the maximum available bandwidth in each instance.

Data, analysis and security are, of course, other priority concerns for video distribution. In this regard, Eluvio Content Fabric employs zero trust encryption to protect content from ingest throughout playout, and trusted operators with unencrypted content protected by blockchain consensus and ledger reporting. The fact that every media asset is backed by a built-in blockchain controlling access to the content means that all authorisations and accounting of an item’s life cycle – from audience reporting to version history – are realisable directly in the Content Fabric and recorded in its ledger.

With a keen eye to the widest possible deployment, Eluvio is also making available open platform APIs that allow content distributors to use the Content Fabric to stream 4K/HD/SD video in all adaptive bit-rate formats to web, mobile, smart TV platforms, IP STBs and game consoles with appropriate DRM. Meanwhile, custom and dynamic content – such as advertising or interactive hot spots – can be realised using the Content Fabric bitcode, and asset versions updated and managed via core APIs.

‘Exceeded my best expectations’
In addition to MGM, Munson expects there will be further customer announcements towards the end of the year. Of the response so far she says it has been “extraordinary and exceeded my best expectations. First of all, it is clear that people are understanding what we are doing; and secondly, there is a feeling that the time is right for [this kind of solution] at this moment in the development” of global media.

Hence conversations are taking place with broadcasters “and a variety of other content creators” looking for more direct pathways to viewers. Munson agrees with the suggestion that sports federations and leagues – an increasing number of whom are expressing interest in bypassing traditional broadcast set-ups – are likely to be receptive, confirming that it is “one of the categories we are involved with”.

After an extended period of R&D, Eluvio is now ready to venture out into the wider world. “It’s been a very intense few years of development,” confirms Munson, “and now we are in a very exciting period and are looking forward to bringing Content Fabric to the attention of as many potential user groups as possible.”