Taking a view: the tools for monitoring UHD and HDR

The advent of UHD and HDR has made the need for accurate monitoring in the field and post production suites more acute than ever before.

Today, Ultra HD or 4K acquisition and HDR (high dynamic range) are inextricably linked. You can have one without the other, but it doesn’t offer the full UHD experience.

However, to make sure your UHD pictures offer HDR with the widest colour gamut, you’ll need something to view it on and, thankfully, this year has seen the launch of several reasonably-priced UHD/HDR monitors for location and general post-production use. 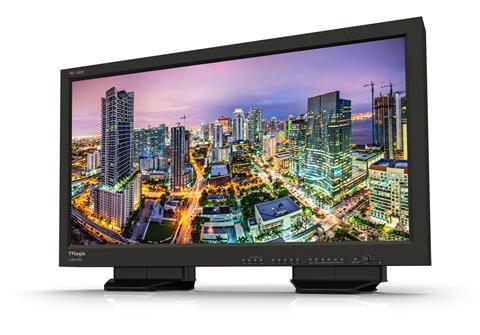 For an LCD display to gain the UHD Alliance Premium Certified rating (which includes HDR) requires it to reach at least 1000cd/m2 brightness (or 1000 nits - the terms are interchangeable), with 20,000:1 contrast ratio, cover 90% of the DCI-P3 colour space and have a native 10-bit panel.

An OLED panel can get away with brightness of just 540cd/m2, but only by having a minimum contrast ratio of 1,080,000:1. These requirements are for the best HDR-compliant consumer displays, but anything that exceeds them should certainly be considered good enough for most acquisition and post-production monitoring.

The new SmallHD 503 Ultrabright “is one of the brightest [monitors] on the market at the moment,” according to Richard Payne, Head of Technology at the distributor Holdan.

For ease of use it offers a couple of function buttons (which you won’t find on SmallHD’s other 5-inch screens), and “is basically one big heat sink, because it gets quite warm.” It is powered using a Sony NPF (L series) battery, and has a comprehensive range of features, from waveform and vectorscope to a choice of 3D look-up tables or LUTs for Raw or Log shooting - this is one of the most important features of an HDR monitor, particularly on location, as otherwise Raw images tend to look flat and a bit grey, without the LUTs to assign the correct brightness levels and colours to them to match the capabilities of the display.

“The combination of the extra brightness of the screen, plus the look-up tables means it is very good for HDR, but it is not, strictly, an HDR monitor because it is not triggered by the metadata for Dolby Vision [PQ] or Hybrid Log Gamma,” added Payne.

However, this shouldn’t matter for on-camera monitoring, as users will almost certainly be looking at the Raw/Log camera output (via the LUT), and will want the extra brightness to view it outdoors. “Any cameraman shooting for HDR should be getting the exposure right and shooting Log. It is post production where you need all the HDR features,” he said. 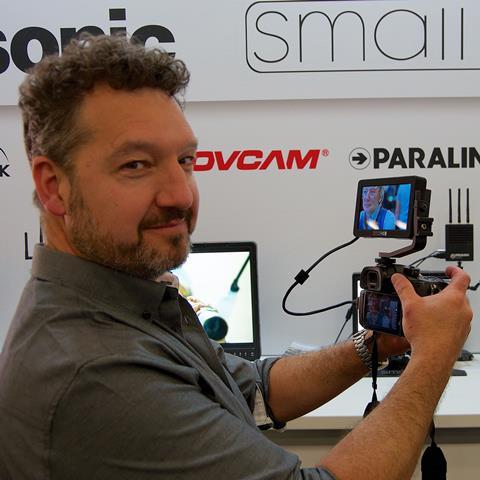 SmallHD’s 7-inch 703 Ultrabright, at 2300 nits, is even brighter, and has more function buttons, allowing a little more flexibility.

When looking for an HDR monitor, buyers should not only look at the ability “to handle very bright images, but also to show details in the blacks. Looking at what is available, there are some very bright monitors, but not all of them show the details in the shadows,” said Stefan Czich, Divisional Head, Broadcast & CCTV Products, Pyser Optics, which distributes TVLogic in the UK and Ireland.

TVLogic is also looking at adding HDR emulation to its existing ranges, to approximate the HDR curve to show an HDR image “reasonably convincingly on standard equipment,” said Czich. This will be seen first on its new VFM-055A 5.5-inch HD OLED camera-top monitor, which has luminance of 350cd/m2 with a contrast ratio of 17,000:1.

“With production you can get away with emulation, but when you get into post that’s when you do need the grading monitor with true HDR,” he added.

Transvideo has several SuperBright monitors, ranging in brightness from 1000 nits for its Stargate 7-inch monitor/recorder models to 1500 or even 2,000 nits (on the CineMonitorHD6 X-SBL Evolution) - all of which support 3D LUTs.

The company that has probably won the most publicity for its push in to HDR monitoring has been Atomos, which has just started shipping its new 1200-nit Sumo 19-inch monitor that also records 4K 12-bit Raw or 10-bit ProRes/DNxHR, and has live switching and recording of four 1080 50/60p channels. Atomos also sees it being useful as a grading and editing monitor for laptops on location. 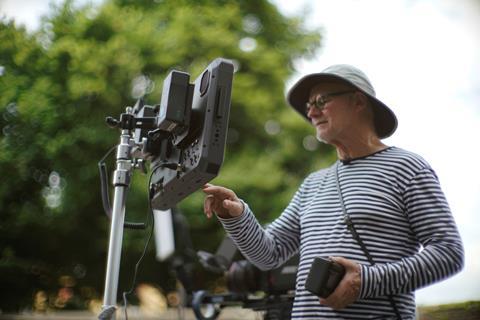 The 10-bit LCD panel is driven by the AtomHDR engine that maps the camera’s Log output (or PQ/HLG files) to allow viewing of 10+ stops of HDR in real time.

Atomos has also introduced a 4K 50/60p HDR Ninja Inferno, a 7-inch 1500-nit monitor/recorder with HDMI input, to complement the SDI (and HDMI)-equipped Shogun Inferno. Its Shogun and Ninja Flame models also have 1500-nit screens, but even its 400-nit Ninja and Samurai Blade support emulated HDR, via AtomHDR.

For high-end post, particularly grading, the best HDR monitors are expensive, such as Dolby’s Professional Reference Monitor or Sony’s BVM OLED range, but not all of them will support HDR as standard. For example, Sony’s BVM-E171 HD OLED master monitor requires a new monitoring license for HDR.

The Farm Group, recently bought six 30-inch BVM-X300 4K HDR monitors for its new mastering and online grading rooms. “We needed a monitor that could handle the 4K HDR content we deliver for companies including Amazon and Netflix. After looking at all options available to us, the BVM-X300 clearly stood out as the market leader for HDR referencing,” said David Klafkowski, CEO of The Farm Group. 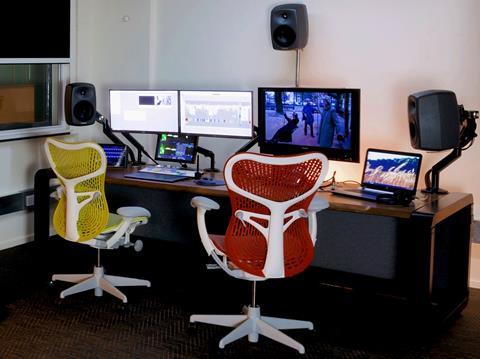 Canon has recently released an upgrade for three of its professional 4K displays (the DP-V1710, DP-V2410 and DP-V2420) that allows a single 4K video image to be viewed in both HDR and SDR simultaneously by splitting the screen vertically down the middle (or using a downscaled side-by-side comparison). Colours can be overlaid on HDR video, with the colour depending on the actual luminance of the video area, allowing for the visual confirmation of luminance distribution.

Also, users no longer need to add a LUT to confirm video, improving ease of use. An Arri digital cinema camera can be simply connected to one of the Canon monitors to display Log C video in HDR. The monitors support the ITU-R BT.2100 standard for HDR image parameters.