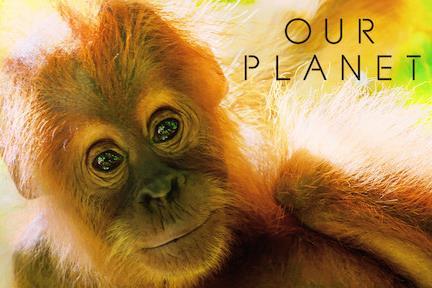 Netflix has released 10 titles free on its YouTube channel in a response to teachers’ requests to access content, while the UK’s BBC Bitesize Daily launches today.

Due to global school closures amid the Covid-19 pandemic, Netflix is making a series of documentaries otherwise available in classrooms available on its dedicated YouTube channel.

The shift in streaming comes after teachers requested the media giant to access its documentaries and series as educational resources required for teaching.

David Attenborough’s Our Planet is one of the 10 titles alongside Oscar-nominated film 13th by Ava DuVernay exploring America’s history of slavery.

In a blog post, Netflix said: “Each title also has educational resources available, which can be used by both students and teachers - and we’ll be doing Q&As with some of the creators behind these projects so that students can hear from them first hand.

“We hope this will, in a small way, help teachers around the world.”

The documentaries are only available in English, however, have subtitles in more than a dozen languages available from later this week.

The titles Netflix posted on YouTube on Friday include:

Bitesize is the BBC’s free online study support resource for school-aged pupils in the UK who are under lockdown and is designed to aid in supporting parents to home school.

In a series of daily specials broadcast for both primary and secondary students, the 20-minute lessons will cover a variety of age groups from five to 14, brought to audiences by experts starting today.

The dedicated programmes will cover Maths, Science and English, there will also be lessons featuring other subjects such as History, Geography, Music and Art.

Alongside the new Bitesize Daily lessons, there’ll also be Teacher Talks - a brand new series offering helpful hints in tackling core concepts in Maths and English as well as extra content from BBC Teach including its Live Lessons series.

Learners in Scotland can see Scottish Curriculum-specific content each day on the BBC Scotland television channel from 10am.

Additional lessons with a Welsh language angle will be available in English and Welsh on the online daily service as well.

There will be English and Welsh content available on iPlayer from today and in Northern Ireland, the 3 O’Clock Club gets primary aged pupils involved in skills-based learning every week day.