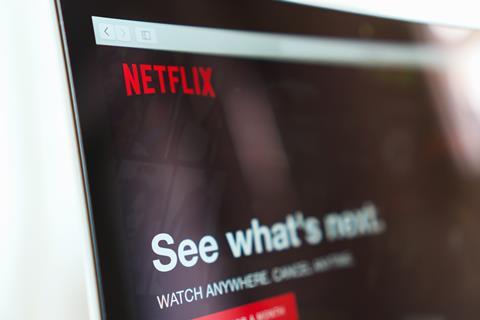 Netflix: Production team to relocate to studio in Shepperton Studios

In a major UK expansion, Netflix has signed a multi-million pound deal to create a production hub at Shepperton Studios outside London.

The move comes as the US video streaming giant plans to invest and co-produce programmes within the UK.

According to the Telegraph, industry experts said that the space could cost £40 per square foot, bringing Netflix’s annual bill up to £6 million, though the terms of the deal have not been confirmed.

Netflix’s production team will relocate to the studio, which is rumoured to have been leased for 10 years, from 1 October this year.

A spokesperson for Netflix said it is “incredibly committed” to investing in UK-based content with plans to create 153 original programmes and collaborate on 221 projects across the continent.

The deal follows rumours of talks between Netflix and Pinewood Studios earlier this year, when it was expectedto lease space at the site in Buckinghamshire.

IBC365 reported in May the claims Netflix has plans to expand within the UK. According to Netflix chief content officer Ted Sarandos, Netflix was looking to “physically” embed itself in the UK to exist alongside the BBC, ITV and Channel 4.

Pinewood Studios owner, real estate investor Aermont Capital, announced plans to dramatically expand Shepperton Studios in a £500 million project that will generate 10,000 skilled jobs over the next five years and a £300 million annual boost to the UK economy.

According to BFI figures, around £3.1 billion was spent on film and high-end TV production in the UK between 2012 and 2016 as producers established UK as a base to create content

Last month, Netflix confirmed it will expand its operations in Australia, opening its first head quarters in Sydney in a move to compete with local streaming services.