News Corp bets on streaming with IPO still a focus 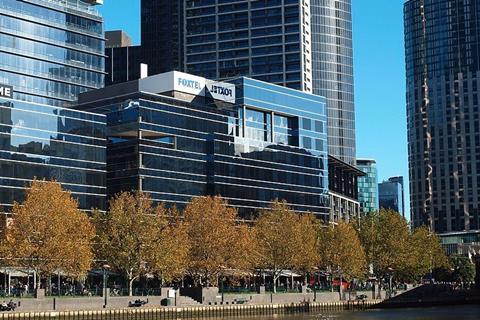 Australia pay-TV service Foxtel will push for an IPO, says News Corp’s CFO who aims to turn the declining service around despite seeing greater growth in streaming.

Panuccio said: “We will continue to focus on the stabilisation of that business from a broadcast perspective, the growth within the OTT (over-the-top) revenue streams, and then the cost efficiencies we can, obviously drive through that business.

“So once we’re convinced we’ve got that on the right path going forward then we’ll look at timing.”

News Corp owns 65% of Foxtel after its merger with Fox Sports, which was announced in August 2017, and the remaining 35% of the business is owned by Australian telecoms giant Telstra.

“When we did that transaction we did say that both shareholders were very focused on an IPO and we are still focused, ultimately, on an IPO, but the most important thing for us at the moment is actually getting the operation performance of the business sorted.,” Panuccio said.

According to a report by the Financial Review, Foxtel has been under significant pressure with its earnings declining and residential broadcast base.

News Corp has been forced to loan $500 million off its own balance sheet to Foxtel in order to help cover expiry bank facilities as it attempts to negotiate a refinancing of its debt.

Foxtel launched sports streaming service Kayo, in a move into the OTT market. The service makes Foxtel’s substantial sports offering available for just $25 a month, compared with more than $50 on traditional broadcast.

It also plans to launch a new drama and entertainment streaming service, which has an internal name of Project Ares, in the near future.

Panuccio added: “We think that the broadcast base, which has obviously been the main revenue driver in the past, is still a very important part of that business, but it’s probably more around stability for that and how do you continually innovate that to keep the customer base in a relatively stable position.

“But we were very clear that we didn’t think that the company was pivoting fast enough, or quickly enough, into OTT.

“So we have spent a lot of money looking at how we can restructure that business and have the right platforms.”

The broadcast base of 2.4 million residential and commercial subscribers remains highly valuable to Foxtel, Panuccio explained, its residential customers had an average revenue per user of $78 as of 30 June.

However, the News Corp finance boss conceded the growth in broadcast customers had likely reached its limit, and Foxtel’s future growth would be focused on Kayo, Foxtel Now - which offers broadcast packages via streaming - and new streaming services.

Foxtel launches Netflix experience
Foxtel is overhauling its user experience (UX) and has launched Netflix for the first time on its set top boxes.

The new Foxtel experience promises to bring more on-demand content than ever offered before with complete box sets and a simplified user interface (UI) with personalised recommendations for customers based on their viewing history.

The company announced the introduction of a sleek new Foxtel remote featuring a home button and a Netflix button, making Foxtel and Netflix seamlessly integrated into the UI.