4K, IP and immersive audio are among the technologies impacting dramatically on the design and build of new OB units, writes David Davies. 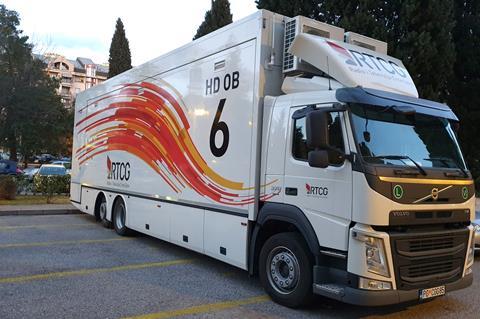 By its very nature, the development of new OB trucks has always been something of a moving target. Invariably one of the most significant investments that a broadcaster or service company will make, the modern OB truck needs to be user-friendly, (re)configurable, and flexible enough to deal with content ranging from news to sports to live music.

Consequently, there has been an enduring focus on specifying and installing technologies that support efficient production workflows, and which can be adapted as requirements change.

With 4K/UHD, HDR and IP all in the process of making a dramatic impact on broadcast production, the design process for a new truck has become increasingly exacting. Not surprisingly, this has translated to even greater scrutiny being placed on the selection of ‘core’ equipment, in particular the cameras, video switchers and servers, routers, audio consoles and intercom systems.

The challenge of ‘added requirements’
John Mailhot, CTO of networking and infrastructure at Imagine Communications, says the development of any new OB unit begins with consideration of the types and sizes of productions that are going to be targeted. “It is driven by the user requirements, and then the technology chosen is derived from there, and that is how it should be. People don’t use technology for the fun of it, although it’s true that sometimes there are calls from within a broadcast service provider to, for example, do a truck in IP so it’s easier the next time around.” 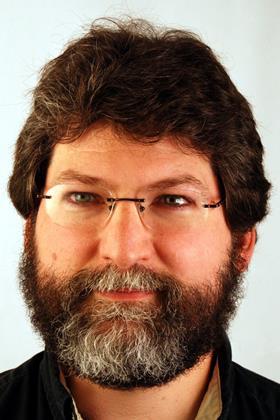 The issues that have always preoccupied truck designers, “such as how many cameras, how big a switcher, how many people in the truck, and how many chairs are all still very important. The problem is that recent years have brought added requirements without really easing any of the old ones.”

For many customers, these newer requirements include HDR and “the ability to do UHD, which becomes a design consideration throughout the entire build. I would say that every build for the last 2-3 years has had to at least ask the question about UHD, and the number of [new] trucks needing to be able to do UHD is now well over half.”

Changes in connectivity constitute the remaining primary added requirement – something that Imagine Communications has responded to with Magellan SDN Orchestrator, which provides an overarching software control system for managing hybrid baseband and IP networks. At least for now, budgetary concerns and flexibility requirements are likely to play a critical role in determining whether a new truck is equipped with an IP, SDI or hybrid infrastructure.

“For a small truck in particular,” remarks Mailhot, “it may still be that SDI is the most cost-effective thing to do.”

Nonetheless, the move towards IP-based OB trucks is unmistakable, driven by “leveraging greater flexibility, efficiency and scalability,” says Mark Hilton, vice-president, live production at Grass Valley. “Today’s OB companies need to be flexible and cater to a variety of outside broadcast requirements; leveraging the full potential of IP is something we will see them do more. Put simply, IP-enabled OB production helps to increase scale, reduce weight and provide format agnostic future proofing to support 4K UHD/HDR. “

“The development of any new OB unit begins with consideration of the types and sizes of productions that are going to be targeted.” John Mailhot, Imagine Communications

Hilton also highlights the “key influencer” role of remote production in OB design, “with the emergence of hybrid trucks that act as both a remote base with modest control for remote environments, or as a companion truck. As remote production capabilities become more sophisticated, it has become easier to enhance or build OB fleets from the ground up for a whole range of live event coverage models. It is now commonplace for fleets to be built purely on the basis of concrete contracts, and not speculatively – purpose-built OB infrastructures are now put in place based on specific requirements and coverage needs.”

For 4K and flexibility

Sebastien Verlaine, marketing and communications manager at video server manufacturer EVS, confirms that 4K and IP have been key technology drivers over the last few years. “We’re seeing a lot more OB customers starting to produce in 4K, and this is supported when you look at the growing demand for our products supporting UHD-4K. The reason for this is simple: bigger is better, especially for showcasing the action at live sports or music events.” 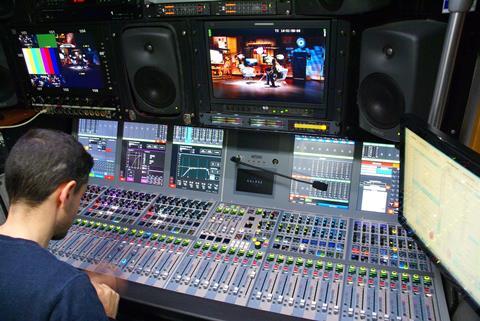 Dashboard inside a Calrec OB truck

But they may well not want 4K for everything, hence the need for “flexibility to be able to easily switch from one format to the other. They may want 4K for a prime-time sports event but then still want the flexibility to go back to HD for a different event; there are still a lot of HD productions going on. Products need to be scalable and support multiple formats, so OB facilities and broadcasters have options.”

The multi-format philosophy is one that EVS has firmly adhered to itself, with the current XT-VIA server line-up even supporting UHD-8K. If the industry roadmap for 8K remains uncertain at this point, there is no doubt that the focus on flexibility will continue across the board. As Verlaine remarks, “whenever we build something new, it’s not just with one format or technology, such as 4K, in mind. We need to make sure all our products are compatible now and in the future, and that they offer an upgrade path to whatever the next technology or format brings. They want that peace of mind to know their investments are future-proofed.”

Sound thinking on immersive audio
In terms of the audio section, the general consensus is that the priorities for the latest generation of OB trucks are IP network connectivity and support for emerging immersive audio production workflows.

Calrec international sales manager Jim Green says that that most, if not all, of the OB trucks built in the last two years have had immersive audio factored into the design. “The latest NEP and Arena trucks would be obvious examples here, although we have also observed plenty of immersive retrofits taking place as well.”

Most frequently, preparing for immersive production involves adding four speakers for height to a typical 5.1 configuration. For a console maker such as Calrec, the challenge has been to minimise operational complexity and allow the immersive audio feed to be generated as painlessly as possible. “For instance, we made a modification to our Apollo and Artemis desks that makes it possible to take the output of the Dolby renderer and control all of the elements and channels of that mix. It means the engineer can have full control of the 5.1 and the height elements from the one control,” says Green.

The company will soon take a further step forward in its support of both IP and immersive audio production with the introduction of the ImPulse core processing platform. Designed for use with existing Apollo and Artemis control surfaces, ImPulse offers IP audio connectivity standardised to AES67 and SMPTE ST 2110. In addition, it provides 3D immersive path widths and panning for next generation audio applications, with multiple immersive configurations (such as 5.1.4 and 7.1.4) supported.

“Most, if not all, of the OB trucks built in the last two years have had immersive audio factored into the design,” Jim Green, Calrec

For smaller OB facilities, including those geared towards radio production, a different set of criteria may well apply. Green observes a commonplace desire for attractively-priced “compact consoles that can handle tasks such as submixing and voiceover” – requirements for which Calrec’s Brio desk has proven to be well-suited. “There is a definite tendency towards people wanting to do more with less,” says Green.

Moving target
While the complex web of issues surrounding HDR and IP adoption is likely to assume greater clarity over the next few years, new requirements will continue to emerge. For example, noting that “as an industry-leading vendor customers expect us to keep innovating,” Verlaine says that EVS is “now looking beyond 4K and towards 8K.”

The response to Japanese broadcaster NHK’s 8K production of the 2020 Olympic Games will probably be critical in determining the format’s future. But if it’s positive then truck designers can anticipate another round of sleepless nights as they start to review OB infrastructures all over again.