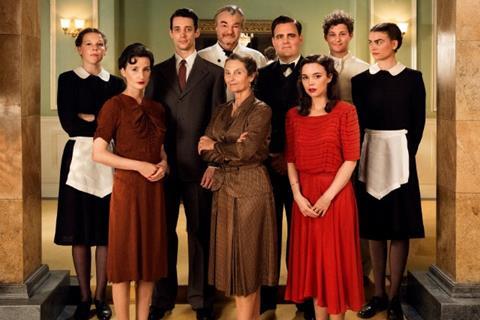 As the streaming wars intensify globally, Scandinavian networks are producing local series to compete, according to a new report from Ampere Analysis.

Nordic TV companies are changing their content budgets towards local productions, commissioning more local-language series, alone or with co-productions, according to a new report by Ampere Analysis.

In Sweden, nearly half (47%) of the content offered on pay-TV service CMore is locally produced, while its competitor Viaplay has 13%.

Netflix only has 3% of Swedish titles, despite being the largest streaming service in the Nordic region — with 4.5 million subscribers — and Amazon Prime has less than 1%.

Scandinavian public broadcasters are following this strategic shift, moving their budgets away from US acquisitions towards local productions.

The report found that in 2012 just under half of Nordic TV groups’ content spend, excluding sports rights expenditure, was dedicated to local originals, with 51% earmarked for acquired films and TV series.

However, by 2018, that figure had increased to 57%, with 43% set aside for international acquisitions.

Networks including Sweden public broadcaster SVT have shifted their acquisitions strategy, dropping large volume package deals with US networks in favour of single pick-up of American shows, such as The Assassination of Gianni Versace: American Crime Story.

The company produces original series including Black Lake and Veni, Vidi, Vici, and is the largest commissioner of new shows in the region.

Ampere polled local consumers and found in Sweden in Q3 that nearly 49% of respondents said they had used SVT Play, the public broadcaster’s streaming service, in the past month and in Denmark, 31% of respondents reported using DR’s DRTV platform in the previous month.

Ampere Analysis analyst Léa Cunat said the local approach is a tactic to “take on the power of the global streaming services,” she explained: “By capitalising on whichever gaps in the market exist.

“In the case of the Nordics, that means ramping up investment in originated content, either individually or as part of partnerships like Nordic 12 to win audiences’ loyalty in both local and international markets.”

He said that the greatest challenge is for smaller distributors to keep up with the likes of Netflix, Facebook and Amazon who are grooming user behaviour and driving the consumer’s expectations.

The Nordic market will see “deep co-operation” between broadcasters and TV distributors amid the rise of the FAANGs explained Discovery Norway CEO Tine Jensen.