O2 UK and Virgin Media in talks over potential merger 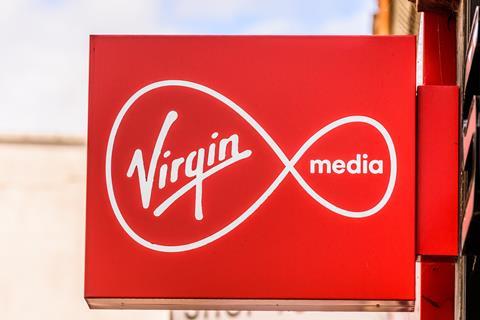 Virgin Media: Could be merged with O2 UK as Telefónica: Confirms talks with owned Liberty Global

Spanish telecoms operator Telefónica has confirmed it is holding talks with Liberty Global about creating a tie-up between its UK mobile arm O2 and Liberty’s Virgin Media.

The combination would bring together one of the major UK mobile players with media company Virgin, which offers broadband and pay-TV services.

Telefónica stressed that the talks are currently ongoing, but a combination of the two would create a UK media company capable of competing with telecoms giant BT.

Telefónica said: “The process started between both parties is in the negotiation phase, with no guarantee, at this point, precise terms or its probability of success.”

The venture would bring together the UK’s largest mobile operator by connections – O2 has around 34 million customers – with Virgin’s 5.3 million broadband, pay-TV and mobile users.

According to Reuters, the proposal is to create a joint venture that will be equally owned by the Spanish telco and Liberty, which is owned by US billionaire John Malone.

It comes after Telefónica has spent several years looking to offload its UK arm as it seeks to reduce its debt load, estimated at around £33.5 billion at the end of 2019.

Telefónica had previously agreed to sell O2 to Hong Kong-based CK Hutchison, which already owns UK telco Three, in a £10.3 billion deal. But this was struck down by the European Commission in 2016 due to concerns over competition.

That same year, BT’s acquisition of mobile arm EE was completed, marking the combination of a media giant and a UK mobile operator that could be a positive precedent should Liberty and Telefónica agree terms.

After the Three merger failed, Telefónica considered placing O2 on the stock exchange, while a potential management buyout led by former chief executive Ronan Dunne – now at Verizon – was also mooted. Concerns over Brexit meant neither came to fruition.

The potential appeal for Liberty is similar, with the company offloading a number of European assets in recent years. It sold cable assets in Germany and Central Europe to Vodafone in a £17.6 billion deal last year, while also agreeing a Dutch merger with the same company in 2016.

Virgin’s TV offering in the UK consists of a set-top box offering channels such as BT Sport, Sky One, Fox, and Discovery with live TV, Catch Up, TV Box Sets, Netflix also available.

Liberty Global also owns a 10% stake in broadcaster ITV, with a report from the Financial Times, which first broke the story, claiming the multinational could include its shareholding in the joint venture.

This comes as ITV cut back its production budget by over £100 million due to the impact of the coronavirus on the advertising market.