There’s a profound change in viewing habits taking place, with subscriptions to streaming services surging to 15.4m in the UK and young viewers deserting traditional TV, according to new research by media regulator Ofcom.

Adapt or die. Those are the stark words of warning facing traditional broadcasters and pay-TV operators across Europe, all searching for audiences and revenues amid unprecedented competition from streaming services. 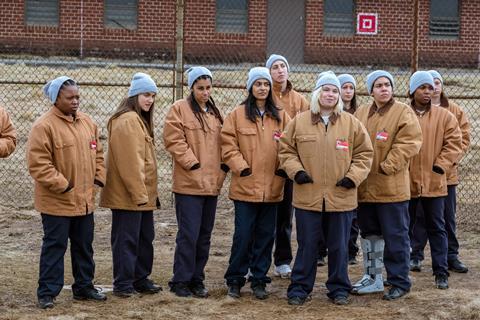 Orange Is The New Black

The ignore-it-at-your-peril message landed on the doorstep of the British television establishment this week as the UK media regulator Ofcom delivered its Media Nations report.

The report is a comprehensive study of major trends in the UK’s television, radio and audio sectors, and starkly highlights the rise in market share of the streaming giants Netflix and Amazon and the change in the way audiences, particularly young audiences, get their visual fixes.

Ofcom chief executive Sharon White says the research, which reveals a rapid change in what Brits watch and how they watch it, “has profound implications for UK television.”

The reality that streaming has surpassed subscriber levels of traditional pay TV services — such as Sky, Virgin and BT Vision — is being heralded by Ofcom as a “marking a major shift in the UK’s viewing habits.”

To compete with the internet behemoths, Ofcom says British TV will simply have to change the way it operates. White went so far as to describe a vision for just how that might be achieved.

“We’d love to see broadcasters such as the BBC work collaboratively with ITV, Channel 4 and Channel 5 so that they have got that scale to compete globally, making shows together, co-producing great shows that all of us can watch,” White told the BBC’s news arm.

Think a sort of British Netflix, she said. (The BBC, ITV and Channel Four have already held preliminary talks looking at the idea of creating a joint streaming service to compete with Netflix and Amazon).

The regulator describes “a competitive shift within the UK television industry, driven by the rise of the major global internet companies and the changing habits and preferences of UK audiences. With more choice for viewers than ever before, UK broadcasters are competing for viewers in an increasingly fragmented landscape.”

Ofcom data shows the long growth of traditional pay TV services stopped last year with a revenue decline of 2.4%. Advertising revenue also slumped 7%. But Sky and other similar pay -TV services made much more money than their new online rivals, with revenues of £6.4 billion versus £895 million for subscription video on demand (SVOD) services.

With Netflix and Amazon committed to continued expansion across Europe, including in the other mature market territories of Germany, France, Italy and Spain, the report’s findings will be food for thought for all TV operators across the continent.

Traditional national broadcasting giants such as ARD in Germany, France Televisions and Italy’s RAI and pay-TV giants Canal Plus, Sky and Telefonica, will also be watching with interest on how the UK marketplace attempts to adjust to the fast-paced changes brought about by the internet giants.

“We’d love to see broadcasters such as the BBC work collaboratively with ITV, Channel 4 and Channel 5 so that they have got that scale to compete globally” - Sharon White, Ofcom

Not so big spenders
The BBC, ITV, Channel 4 and Channel 5’s £2.5 billion combined spending on original, UK-made programmes in 2017 represented a record low —and is £1 billion (28%) less than the 2004 peak of £3.4 billion. (An increase in funding from third parties towards the cost of programme-making has partly helped to offset this decline).

It is a widely accepted reality in the industry that original programming remains a coveted driver to attract audiences, and a fresh look at how to compete with the big spending market entrees is a must. Netflix and Amazon are reportedly spending more individually than that combined figure while the marketplace also has future spends from YouTube Red, Apple TV and other big players such as Sky to add further pressure to the traditional terrestrial operators.

The report says Netflix is the most popular SVOD service in Britain, ahead of Amazon. Critically acclaimed programming such as The Crown, House Of Cards and Stranger Things have all helped cement Netflix viewer allure.

One of the most eye-catching findings in the Ofcom report speaks directly to the future. The new data shows “viewing among 16- to 34-year-olds is moving online.”

Among 16 - to 34-year-olds, total daily viewing time in 2017 was four hours and 48 minutes, of which less than half, two hours and 11 minutes was provided by broadcast content. Ofcom reported the country’s youth spent just under an hour a day watching content on YouTube (Google bought the service in 2006) on phones, tablets or computers.

TV viewing by people over the age of 65 is unchanged at more than five-and-a-half hours a day — or 343 minutes to be precise. That’s a whole minute more than it was seven years ago and is now almost four times the amount watched by children. The median average age of viewers for BBC One, BBC Two and ITV is now over 60.

“UK broadcasters have a history of adapting to change. By making the best British programmes and working together to reach people who are turning away from TV, our broadcasters can compete in the digital age,” says White.

Academics, analysts and industry agree the more rapid the pace of change is, the bigger the fallout, should an organisation fail to adjust.

It’s time to adapt or die. And quickly.