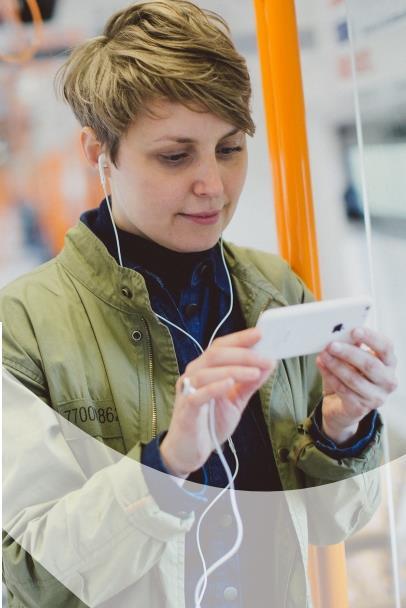 Report: YouTube and Netflix now the UK’s third and fourth most viewed channels

Half of UK homes are signed up to TV streaming services, but linear broadcasting still leads the market in terms of viewership, according to Ofcom.

The UK regulator’s Media Nations 2019 report revealed that YouTube and Netflix are now the UK’s third and fourth most viewed channels, behind only BBC One and ITV. British adults watch an average 48 minutes of BBC One per day, 37 minutes of ITV, compared with 34 minutes of YouTube and 18 minutes of Netflix a day.

Streaming platforms are continuing to grow with the number of UK households signed up to the likes of Netflix, Amazon Prime Video, NOW TV and Disney Life up from 11.2 million in 2018 to 13.3 million, or 47% of Brits, in 2019.

Overall, the total number of UK streaming subscriptions grew from 15.6 million to 19.1 million, according to Ofcom’s study.

Broadcast continued to decline, driven by a fall in live viewing, with the average viewer consuming 3 hours 12 minutes of broadcast TV in 2018 – down by 49 minutes on 2012.

On-demand (or “time-shifted viewing” as Ofcom described it) from the broadcasters remained stable at 29 minutes. Live TV remains the highest proportion of viewing, with 62% of respondents saying they watch live TV for specific programmes, suggesting a desire to avoid spoilers.

Despite this decline, British public service broadcasters showed over 100 times more original, UK-made content than overseas streaming rivals, with shows such as The Bodyguard extremely popular.

The report also highlighted a key future challenge that broadcasters face: engaging with younger audiences. While the average 18+ adult watches 48 minutes of BBC One, it falls to just 15 minutes among 8-34 year olds. This age bracket is much more likely to consume content online, with YouTube (1 hour 4 minutes) and Netflix (40 minutes) leading the way.

One key takeaway is that Friends remained the UK’s most popular TV show on paid-for streaming services, accounting for around 2% of total streams. The US sitcom, which first aired in 1994, is currently shown on Netflix, although the streaming giant could face losing it in the near future, with WarnerMedia already announcing plans to host the show exclusively on its HBO Max service in the US.

Amazon Prime’s took a gamble when it announced The Grand Tour, which is similar to BBC’s Top Gear, reportedly splashing out an estimated £35 million per season. But according to Ofcom, it is the second most streamed show in the UK. You, The Good Place and Brooklyn Nine-Nine – all on Netflix – rounded out the top five.

Overall, BBC’s Line of Duty was the most-watched programme in 2019 so far, with over 12.1 million viewers tuning in to the final episode.

Yih-Choung Teh, strategy and research group director at Ofcom, said: “The way we watch TV is changing faster than ever before. In the space of seven years, streaming services have grown from nothing to reach nearly half of British homes.

“But traditional broadcasters still have a vital role to play, producing the kind of brilliant UK programmes that overseas tech giants struggle to match.

“We want to sustain that content for future generations, so we’re leading a nationwide debate on the future of public service broadcasting.”