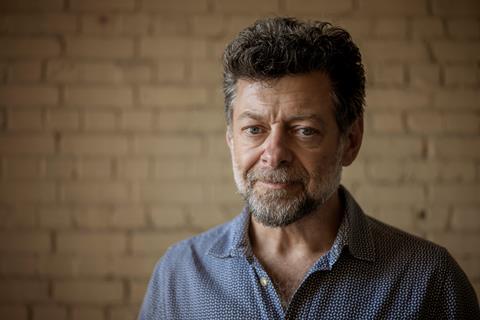 The rise of OTT platforms is providing new opportunities for independent filmmaking, but cinema still has a vital role as the home of smaller indies, according to Lord of the Rings star Andy Serkis.

The actor and director, who was recently appointed to direct the upcoming Venom sequel, told IBC365 that he believes OTTs like Netflix have led to an “embarrassment of riches” when it comes to content. However, he said the independent filmmaking scene has been shrinking in recent years.

“The way people have made independent films over the last 10 years has changed drastically. So, there isn’t a voice there for young up and coming first time filmmakers and that is a worry. It is a concern.”

However, he went on to say that many of these up-and-coming filmmakers are now finding a home among the streaming services. He pointed to one of his own films – Mowgli: Legend of the Jungle – which was released on Netflix and “did very well on that platform”.

“I think everyone accepts that if you make a film, ultimately it is going to be shown through a streamer in some way, shape or form.”

Serkis, who will be speaking at IBC2019, said that while he recognises the positive impact of those streaming services on content creators, he hopes independent cinema will continue to flourish.

“I’m not saying we should go back to how things were because what the streamers are providing is incredible, helping filmmakers reach audiences worldwide,” he said.

“But I do hope that there’s one pocket of filmmaking which, is the smaller, artistic, singular vision of a director and writer that is able to be seen and be appreciated.”

One contributing factor is that the larger studios are shying away from independent films. During its recent D23 Expo, Disney revealed a slew of new films – but most were based on existing IP, such as Marvel and Star Wars franchises.

Serkis acknowledged that it is much more difficult for filmmakers to get non-branded, original ideas made by the major studios, although he argued that is understandable due to the financial risks involved.

“It is exceptionally hard to start something from scratch…the risks are huge for the studio because they’re making fewer films, but also making bigger films. I do think that is a challenge for filmmakers.”

This, he added, may change as studios begin to launch their own OTT platforms. Disney+ is due to go live later this year, with Time Warner and NBC all eyeing their own streaming platforms.

“If studios know their content is going to end up being streamed that might open up a fresh approach. There is this great big realisation that cinema is the portal into certain films and that that, therefore the smaller films can exist, knowing that one day that they will eventually get through into the streams.”

Andy Serkis will take part in a cinematic trailblazer talk at IBC2019, in which the actor, director, producer and studio entrepreneur will discuss career highlights and leading-edge industry insights with journalist Carolyn Giardina. Find out more here.