IBC2017: The year’s IBC has underlined that the broadcast is poised on the verge of a pivotal transformation. 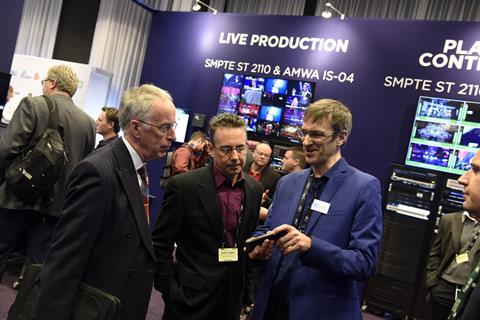 IABM Director, Strategic Insight John Ive, said that this year’s event was particularly significant because of the palpable increase in the pace of change.

“It’s been quite a pivotal year,” said Ive at the IBC Wrap Up, aimed at identifying key trends at this year’s exhibition.

“I have a feeling things are going to change very rapidly over the next 5-10 years affecting all aspects from content creation to delivery.”

One of the busiest areas of the show was the IP Showcase – underlining the significance of IP-based production, said EBU director of Technology and Innovation Simon Fell.

“The showcase was demonstrating next generation production and ‘dematerialisation’ – putting broadcast production into virtualised space.

“Everyone is waiting on the 2110 standard for IP with many betting the farm on that one – it has to work.”

Fell added: “We have members already building studios designed with flexible workspaces with 2110 in mind. Studios will be very different places, needing a new generation with skills that will thrive on IP infrastructure.”

In addition to the pace of technological change, Niko Waesche global head of customer & audience activation at research company Gfk, identified the keys to the future of success in media.

“Media companies will be successful if they do two things right – produce great content and create great data. That’s where Facebook, Amazon and [Chinese e-commerce company] Alibaba have a massive advantage over the rest.”

The holy grail is to combine audience data like location with advertising, said Waesche.

“Advertisers like Heineken want to reach people at the time they are most likely to buy a beer.”

The development of AI and machine learning in the industry was another big trend, said Google Cloud global head of media & entertainment Kip Schauer.

“Companies have begun to integrate it. Things like shot or scene detection change will be able to create quick edits at sports events to be pushed to social media. That’s where I see machine learning creating new experiences for us – allowing more content to be distributed to more people.”