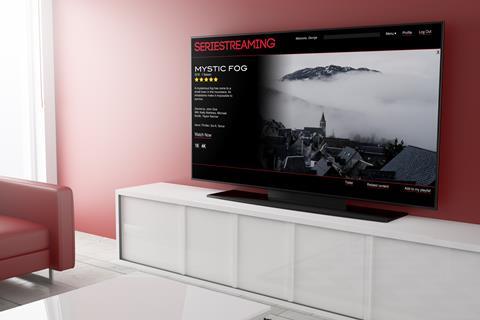 Pay TV subscribers topped one billion worldwide by the end up 2018, up 26 million during the year, according to Digital TV Research.

IPTV added 42 million subscribers in 2018 alone to take its total to 257 million, overtaking pay satellite TV in 2018, according to the analyst firm’s Pay TV Databook.

Overall, cable TV accounted for half of all pay TV subscribers in 2018, but this has seen a significant fall from 2010, when it made up three-quarters of all subscribers.

This was up from $51 billion in 2017, and almost double the $38 billion of revenues recorded in 2016, according to the analyst’s OTT TV and Video Databook study.

The study looked at the state of the OTT and video markets in 138 countries, finding that OTT revenues topped $1 billion in 10 countries last year.

SVOD, which became the largest OTT revenue source in 2014 when it surpassed AVOD, had around a 53% of share of the overall revenue in 2018 at $36 billion, up $11 billion on the previous year. AVOD revenues grew by $5 billion to hit $22 billion.

Simon Murray, principal analyst at Digital TV Research, said: “The US added $6.5 billion in revenues in 2018, with China up by $3.6 billion. Therefore, the US and China were together responsible for more than half the world’s additional revenues in 2018.”

The OTT TV and Video Databook study was among a number of reports released by Digital TV Research this month. In its SVOD Databook, it revealed that gross SVOD subscriptions increased 38% in 2018 to hit a total of 508 million. The net subscriber count was measured at 357 million -up 31%.

The report found that eight countries had more than 10 million SVOD subscriptions by the end of last year, providing 80% of the global today.